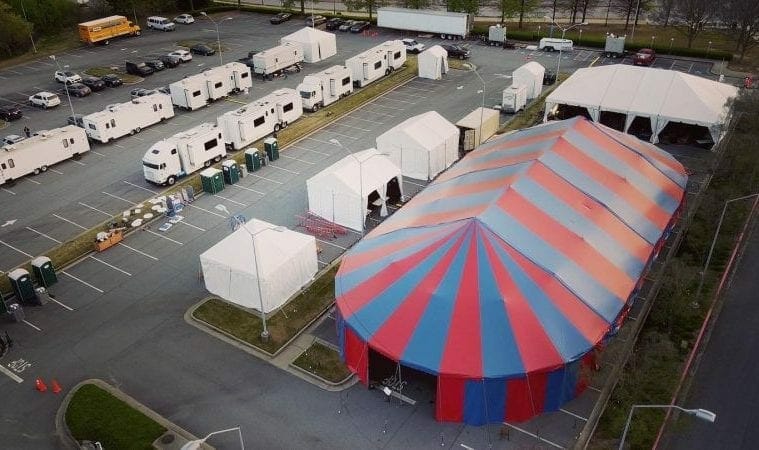 The Atlanta Opera's spring season will be under a big tent at Cobb Energy Performing Arts Centre, alternating between "The ThreePenny Carmen" and "The ThreePenny Opera." Both are reworked versions of the classic pieces. (Photo by Felipe Barral)

Masks, cameras, action! Behind the scenes at the “Carmen” dress rehearsal

It looks like a movie set. Large white trailers are lined up in the parking lot, housing dressing rooms, wardrobe, hair and makeup. Crews are setting up the lighting. A cameraman checks his equipment. Everyone is doing something. What happens here tonight will eventually land on people’s screens as digital content, but this isn’t a film. It’s the dress rehearsal of The Atlanta Opera’s genre-smashing new production of The Threepenny Carmen, based on Georges Bizet’s audacious 1875 original.

The Threepenny Carmen debuts tonight in the company’s blue-and-red striped tent, the same one that housed the Big Tent series at Oglethorpe University’s baseball field in November. This series will be in the parking lot of the Cobb Energy Performing Arts Centre, where the company performed indoors pre-pandemic and hopefully will again soon.

The Big Tent performances at Cobb Energy will launch the opera’s spring season, which runs through May 9. The Threepenny Carmen alternates with The Threepenny Opera, the Kurt Weill–Bertolt Brecht satire and social critique first presented in 1928 in the Weimar Republic. When audiences arrive, they’ll go through COVID checks. Seating is socially distanced in pods of four and masks are required.

General and artistic director Tomer Zvulun and Jorge Parodi, the Argentinian conductor who leads the orchestra throughout the run, have slashed and cut and pasted Bizet’s love-and-death story of a poor but freedom-loving cigarette factory worker and the soldier obsessed with her. They have cut it from three hours to a dynamic 90 minutes and made it relevant for our times. 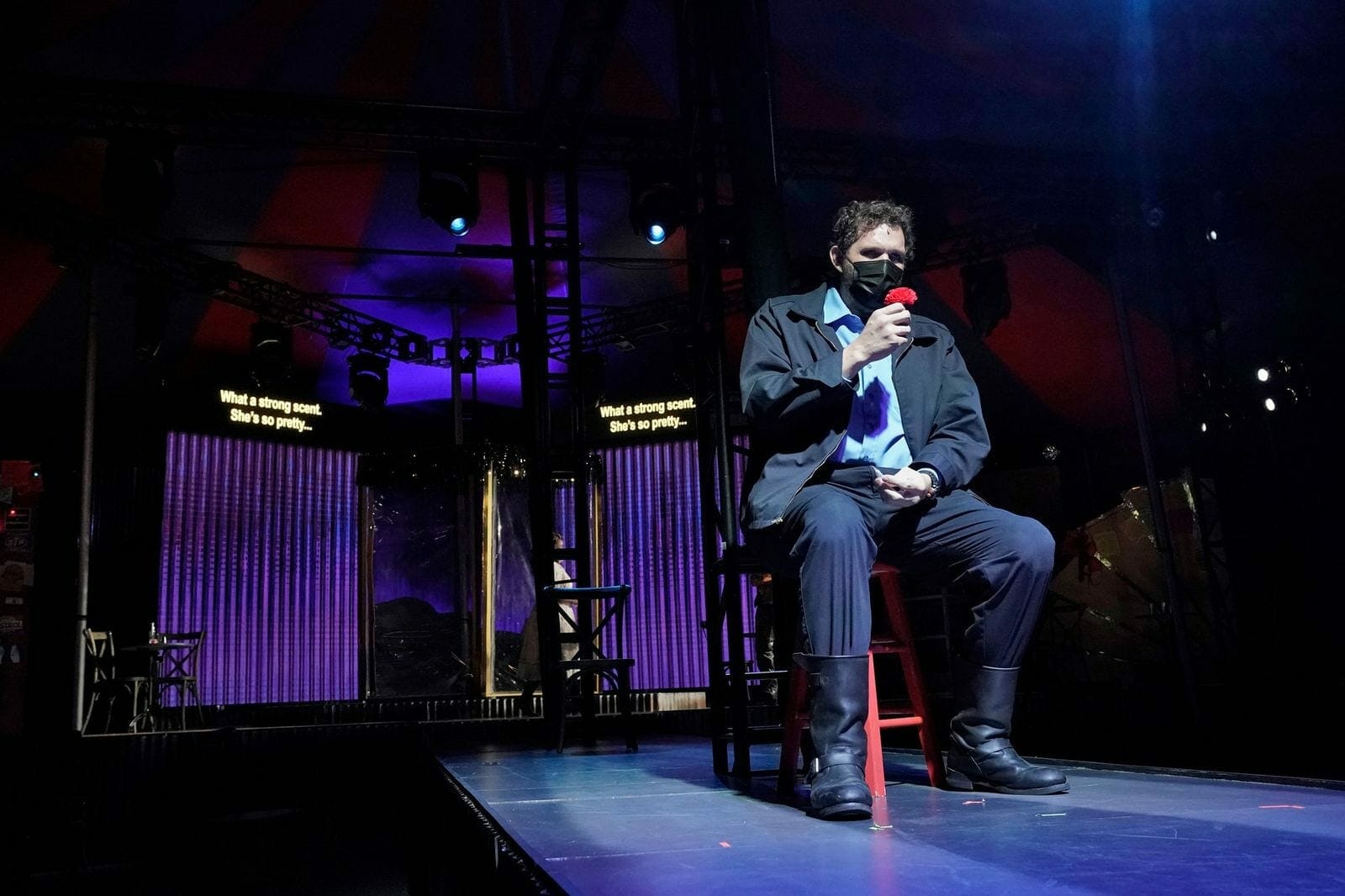 The action takes place in a lowlife Texas bar frequented by thirsty cops who come in for the booze and stay for the lap dances, but Zvulun and Parodi have done more than shift the action from Spain to Texas. They have inserted a pandemic story: Don Jose’s mother is dying of COVID-19. “It’s opera for the 21st century,” says tenor Richard Trey Smagur, who grew up in northeast Georgia and plays Don Jose.

You could also describe it as Bizet meets Stomp, the loud and rowdy percussion-based Broadway show, he says. The clicking of the castanets, the thrumming of the dancer’s flamenco zapateado footwork, and the clapping and stomping are not what you’d find in a traditional opera. “The sound has so much life, a sense of danger,” he says. “It’s raucous.”

Even people who say they don’t know or like opera often recognize the Carmen arias. Carmen is, after all, one of the world’s most popular and most produced operas. Bizet’s music is accessible, exciting, melodic. All of the most recognizable music is in this streamlined version, although sometimes in a different order than the original. “It’s the highlights of a show that is already comprised of highlights,” says Smagur. 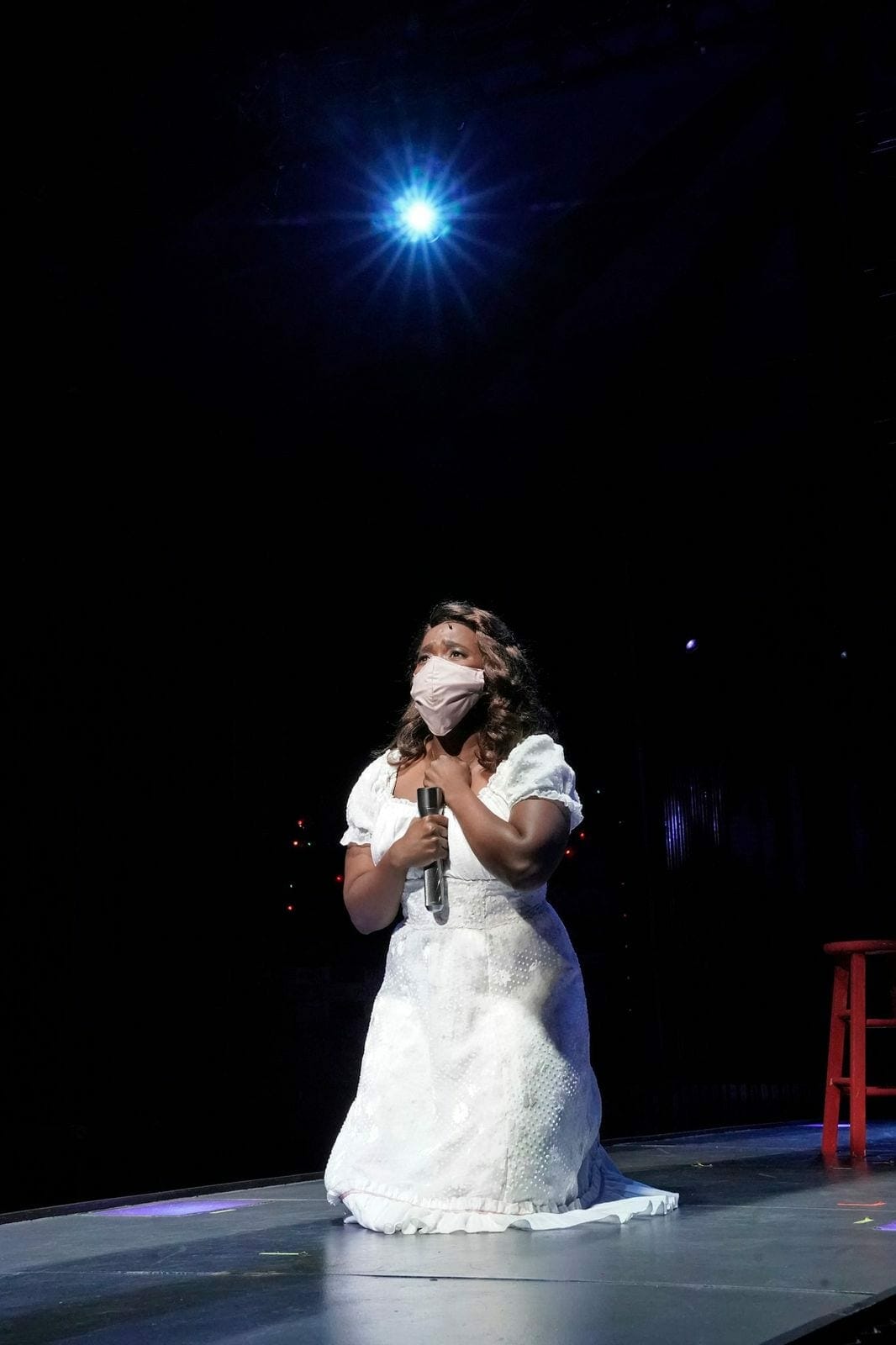 A pre-show conversation with two lead singers would normally touch on their interpretation of a role and maybe their professional history, but on this occasion Smagur and soprano Jasmine Habersham (the sweet Micaela) talk a lot about masks — how they take getting used to, how they get sweaty, how they can get too tight around the ears and how they make it difficult to inhale properly. The costume shop has done much to help, designing masks to fit each singer’s individual face shape and singing style. Habersham is pleased with hers.

The Threepenny Carmen is more challenging vocally, too. There is less narrative development and less time between each aria, giving the singers less time to develop their characters in a way that makes emotional sense. But they find a way. “I am a decent human being for the first 15 minutes and it goes downhill from there,” Smagur says, joking.

Then there’s the constant COVID testing — one a week, plus two rapid tests — and the flexible plastic booths onstage where singers can take off their masks and let loose in some of the more demanding arias. During dress rehearsal, they also experience the roaming presence of Felipe Barral, the opera’s staff videographer, who gets “this-close” to them with his handheld camera and oversized face shield.

Habersham has been in several smaller productions recently — she doesn’t want to name them — and says the producers were less stringent than The Atlanta Opera is about COVID precautions. Here, she’s happy the company is taking the pandemic seriously. She feels safe.

She says all the COVID precautions are worth it to be able to perform. “It’s a lifeboat for us,” Habersham says. “A real gift.” And she’s enjoying singing with Smagur again. They both studied vocal performance at Shorter College and 12 years ago sang La Traviata together for their senior recital.

They agree that there are many pluses to tent opera. The performers use both the raised stage and the long ramp down the middle of the audience, making it very intimate. The orchestra is in a smaller tent behind the stage, not in front in an orchestra pit creating distance between audience and performers. You can’t get this kind of intimacy in a traditional theater they say.

“When you lose something you also gain something,” Habersham says. “We have gained a way of making music in a new and creative way. It’s the new way of doing opera.”