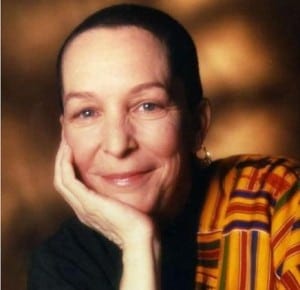 Q&A: Pearl Cleage reflects on young self revealed in “Things I Should have Told My Daughter” Esteemed author Pearl Cleage has been pouring her heart out in journals since she was 11 years old. Things I Should have Told My Daughter: Lies, Lessons and Love Affairs is a collection of entries from the 1970s and ’80s. At the start, Cleage was a student at Spelman College. During the ensuing years she worked at former mayor Maynard Jackson’s office, fell in love, fell out of love, had a baby and discovered her politics, her passion and her truths. These decades were a heady time for civil rights as well as women’s issues, and what emerges is a piercingly honest look at one woman’s coming of age in a time that is itself coming into its own.

Cleage will appear at the African American Women Writers Book Club at Barnes and Nobles (North Point Parkway) at 7 p.m. June 17 and at Charis Books at 7 p.m. on June 27.

ArtsATL: I was intrigued by the word “lies” in your title. Isn’t a diary the ultimate keeper of truths?

Pearl Cleage: I didn’t mean “lying” in the sense of not telling the truth. I meant the lies that I was telling myself that I had never shared with anyone, and that I hoped would be as instructive as the truth I was always trying to pass on. One of the things that my journals did for me was to give me a place to speak honestly to myself. You can spot the lies you are telling more easily if you write them down. Sometimes in the middle of spinning some elaborate tale, I would realize how ridiculous I sounded, even to myself! That’s the point where you begin to wonder why you are lying and, hopefully, figure out a way to start telling the truth.

ArtsATL: Your diary is such a candid exploration of sex, race, parenthood, ambition. Were you tempted to censor entries?

Cleage: I had to be rigorous with myself about that. I didn’t want to do it if I wasn’t prepared to present the story and myself as the character telling the story, warts and all. Otherwise, what was the point? I did respect other people’s privacy, though. Just because I don’t have any secrets doesn’t mean everyone whose path crossed mine is prepared to see their personal business published in a book. ArtsATL: “Absolutely not,” your daughter Deignan said when you first told her that you wanted to eventually give your diary to your granddaughter. How does she feel now?

Cleage: My daughter felt like the diaries were my own personal thoughts, feelings and reflection, and she didn’t see a value in exposing them to random eyes. I think she was also concerned about her own privacy and her father’s privacy. I assured her that I respected their privacy and would never do anything to embarrass or expose them to public criticism. She’s fine with it now. In fact, she’s really proud of the book, but I do think she’s going to make her children wait until they’re much older to read it!

ArtsATL: You grew up in Detroit but have been calling Atlanta home for more than 40 years. What does the South and being southern mean to you?

Cleage: I don’t think of myself as “southern” although I’ve made my home in Georgia for the last 40 years and there is a giant magnolia tree right outside my front window. I feel more connected to Atlanta as a specific place. The South is filled with different kinds of environments. New Orleans couldn’t be more different than Albany, Georgia. Birmingham is not Memphis. But I am much more comfortable here now.

I arrived only four years after the passage of the Voting Rights Act, and being from Detroit, I didn’t understand the significance of that until years later. Black people here were so excited about the possibility of electing a mayor at the next election. They were all confident that Maynard Jackson, who was running for vice-mayor, would be elected because of all the new black voters on the voting roles.

But there were still people who were clinging to the old ideas that had shaped the segregationist South. Stone Mountain, which is now a very diverse community, used to be the site of huge Ku Klux Klan rallies when I first got here. Fully robed Klansmen and women would march around, burn crosses and make speeches about taking back the South. The crowds often were as large as 300 or 400 people. The Klan even used to come downtown sometimes and demonstrate at the State Capitol. Somewhere in the mid-’80s, I think, there was the last of these demonstrations. About 12 or 15 fully robed Klansmen came to march at the State Capitol. Some young black men took exception to it and chased them through downtown Atlanta. After that, I never saw the Klan here again.

ArtsATL: In his book Children of the Movement, John Blake interviews children of civil rights activists like Martin Luther King Jr. and Malcolm X. Often the children wished that their parents had just been parents. How have you balanced activism and parenting? Cleage: My father was an activist minister who was always a part of the Freedom Movement. He was a contemporary of Malcolm X and closer to Malcolm in philosophy because he believed in self-defense, not nonviolence. There were some times when I wished my father had been able to come to my dance concerts or see me in plays, but I always understood that what he was doing was valuable, necessary work. I went with my father to many meetings, listened in while he planned strategies with my uncles and my mother. I heard him speak every Sunday and at rallies and demonstrations, too. He was a very charismatic speaker and I believed in him and in his work. He always talked to me about what he was thinking, so I never felt outside of the work.

I was also very fortunate in that my father was never jailed or beaten and died at 88 in his own bed. I had years with my father that the King children and Malcolm’s children did not.

My daughter grew up going to some meetings with me, but these were usually about feminist issues, not racial ones. Her challenge was crafting a childhood with an artist for a mother. She grew up in rehearsal halls and book stores! She learned to sleep over the sound of a typewriter. I think if parents can figure out a way to include the child in the work itself, they figure out how to handle it.

ArtsATL: Author Chimamanda Adichie says that race in America is “written in a way that keeps people comfortable.” Would you agree?

Cleage: Writing about race is difficult because it requires the writer tell the truth mercilessly. And yes, I think that people are a lot more comfortable looking at slavery than they are looking at current problems with race, religion and ethnicity. When we look at a movie like 12 Years a Slave, the audience can feel the suffering, but also know that this country fought a civil war to end slavery and that is a “happy” ending. A film like Fruitvale Station is happening right now, and the answers to the problems it raises have not been found. The audience feels angry, accused, confused and agitated. There are no easy, historical answers.

I also find that there is still an expectation among those who are the gatekeepers of American cultural institutions that stories of nonwhite people must be about suffering, about grief, about loss and dehumanization. It’s not that these stories should not be told, but suffering isn’t all we do. I love Anne Tyler’s work and often the stories are very gentle, specific explorations of one small family or neighborhood. In those stories, you find the truth of human beings, and the suffering is there, but it’s not the big, theatrical horror of a life like Precious. It’s so important for every group of people to tell the stories of their specific tribes because once we all do it, we see how similar those stories are. How much more alike we are then we are led to believe by films/books/stories that always make someone “the other” . . . other than human.

ArtsATL: In 2005, Oprah Winfrey held the first Legends Ball to honor how far black American women had come, and your poem “We Speak Your Names” was the centerpiece of the celebration. What was the legacy of that event for you? Cleage: Oprah’s Legends Ball was an unforgettable moment that is almost impossible to talk about without some merciless namedropping. How can I talk about Mariah Carey bursting into tears when Leontyne Price complimented her latest hit song? (Mariah didn’t even know Leontyne Price knew who she was!) How can I describe looking around and seeing so many women I have admired all my life? It was great, and being given an opportunity to thank these legends to their faces and speak on behalf of so many women about how much we love them and how much we were inspired by them.

I thank my husband for suggesting that I think of it as the kind of call and response that is often a part of African American worship services. Once he said that, I came up with the refrain, “we speak your names,” and we could all go to church.

ArtsATL: What do you hope a reader takes away from this book?