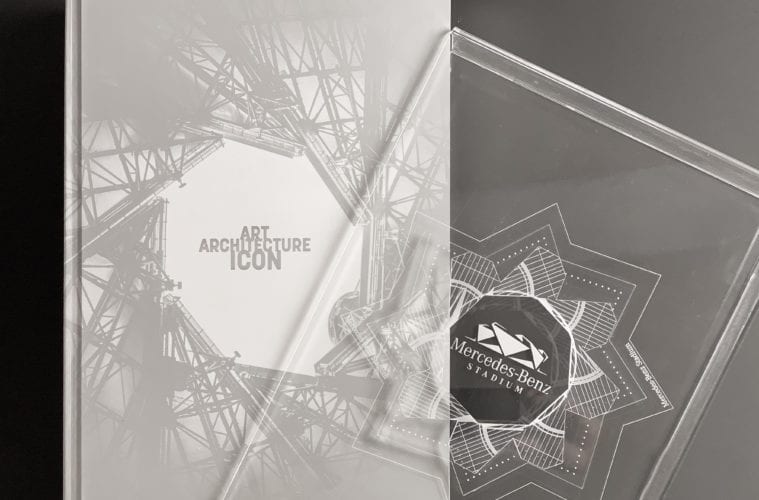 Q&A: Lana Rigsby on the responsibility, philosophy and future of design

Lana Rigsby has been a designer since birth. Her artist mother taught her to draw long before Lana knew she wanted to communicate visually. Years passed before she realized there was a box you were supposed to think inside of. “Outside the box” is where she lives. 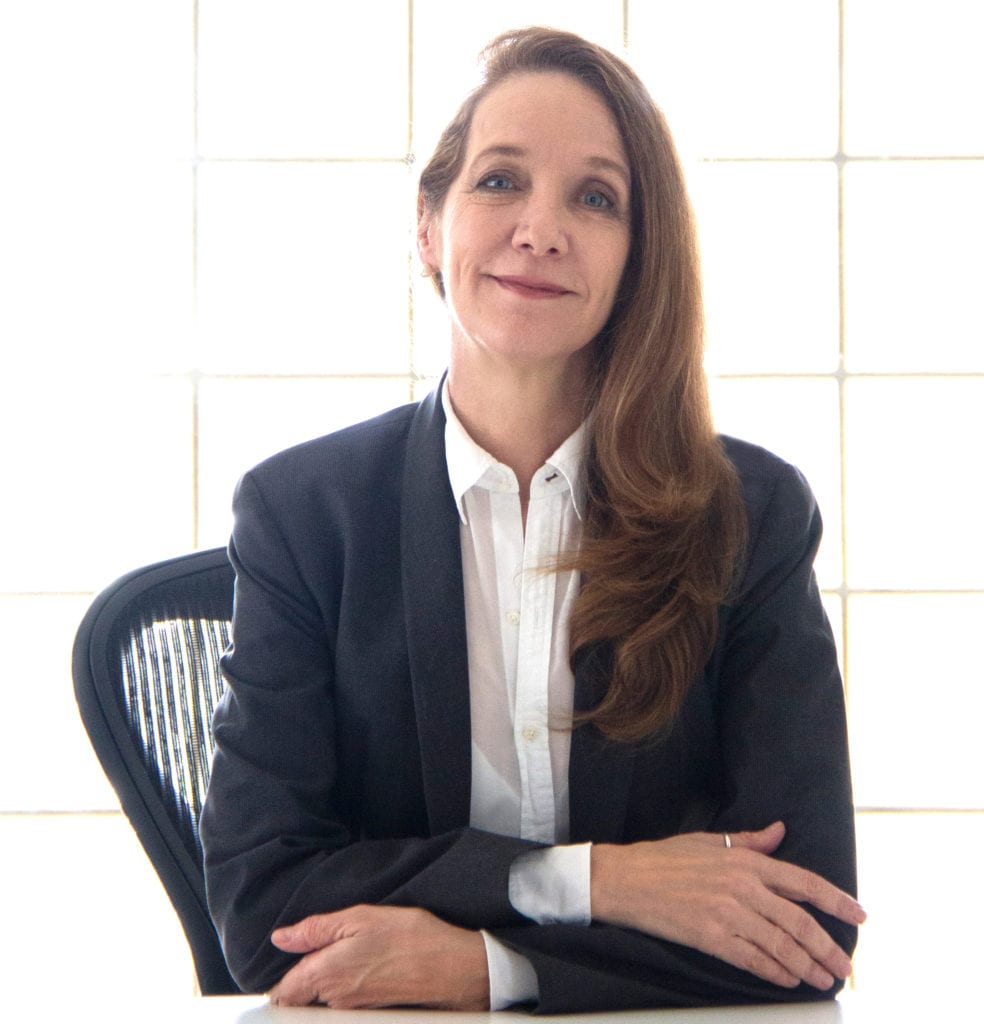 Rigsby, who visits Atlanta this week, is the president and creative director of the Houston design firm Rigsby Hull, known for smart design work expressed in restrained, classical forms and paired with verbal intelligence. Rigsby works conceptually and believes that attentiveness is the key to art, design and life.

Lana spent her first 12 years in southeastern Kansas before her family began seeing the world. She attended five high schools in four countries on three continents and was exposed to a mind-blowing mix of situations, cultures and people. She landed in Texas for college and stayed. She’s a fan of good photography and handmade boots.

In its 50th anniversary issue, Communication Arts cited Rigsby Hull as one of the most influential American design firms of the past half century. Its work can be seen at the Denver Art Museum and in New York at Columbia University and in the Cooper-Hewitt National Design Museum’s permanent collection.

Rigsby discusses Atlanta’s Mercedes-Benz Stadium and  “Connecting the Dots – Art. Architecture. Books” at the Woodruff Arts Center’s Rich Theatre at 7 p.m. on February 21. The event ($15) is cosponsored by MODA and the Miami Ad School at Portfolio Center. The designer recently talked with ARTS ATL‘s Sherri Caudell about her philosophy, favorite projects and more.

ARTS ATL: What is the social responsibility of design? 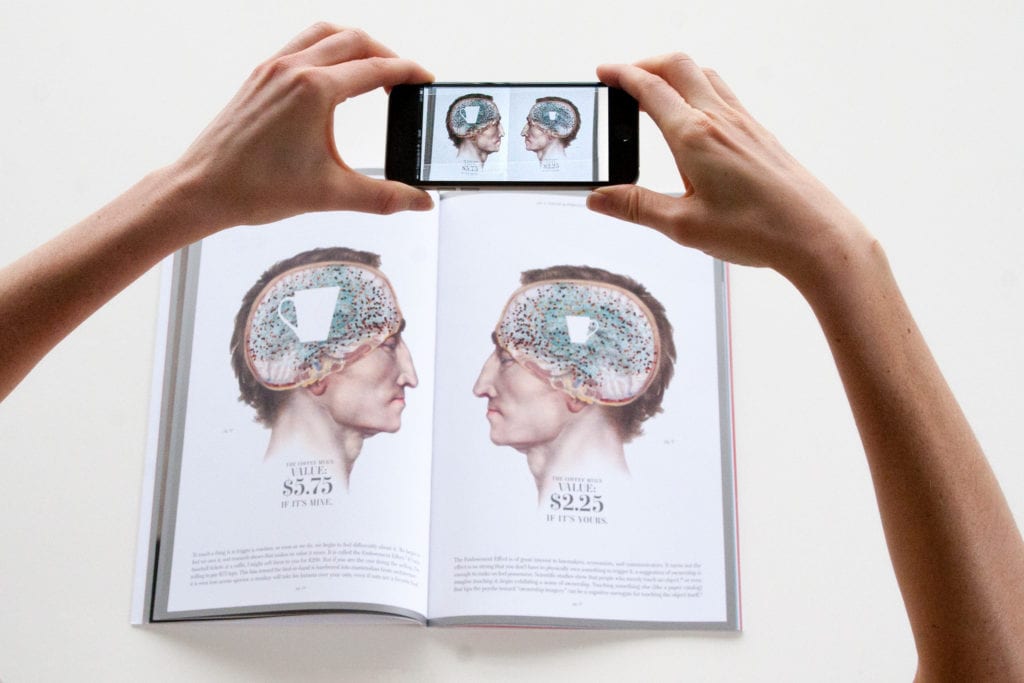 An interactive exploration of media-related neuroscience (Courtesy of the designer)

Lana Rigsby: I’m not sure I think about design as a calling with special responsibilities. Designers have the same responsibility, really, as engineers or filmmakers or people who own grocery stores — the basic responsibility every human has for the things we bring into the world. Maybe design does have a little extra job because its purpose is communication, and communication amplifies those other things, but the big question is: What is it that you’re helping give birth to? What are you asking people to pay attention to? If designers have a social responsibility, it is to think hard about those questions and use our work to perpetuate coherence, beauty and goodness in this world. Design at its best is a tool for starting important conversations and/or elevating the level of the things people can think about.

ARTS ATL: What is your personal design philosophy?

Rigsby: My firm is passionately devoted to craft in the classic sense. We are geeks about printing and binding and materials, and that is after we’ve labored over every element of design and precision-kerned all the typography. Designer John Bielenberg once called a book of ours “an obsessively crafted design fetish object.” The best work, for me, is lucid, intelligent, engaging. Creating that kind of clarity takes great effort and discipline and always depends more on deeply understanding the story than crafting the telling. That said, Charlie Parker revolutionized jazz by playing — with absolutely flawless precision — faster than anyone ever had tried to play before. People had to slow his recordings just to understand the musical structure of his ideas. This is a perfect example of immaculate, nearly inimitable craftsmanship in service of a larger creative idea. I’ll never get there, but that is an ideal I aspire to. 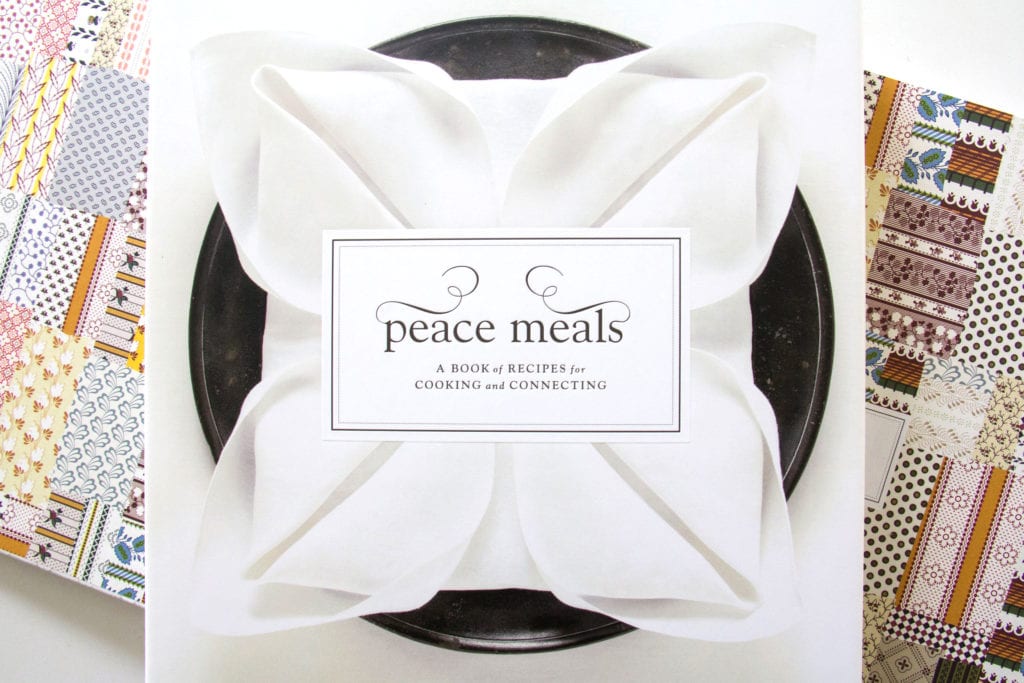 Rigsby Hull designed the cookbook Peace Meals for the Junior League of Houston. (Courtesy of the designer)

ARTS ATL: What is one of your favorite design projects and why?

Rigsby: One of the projects I’m happiest with isn’t what we usually think of as “a design project” at all. It happened in November 2016 during the presidential election. Latinos for Trump [co]founder Marco Gutierrez had warned in an MSNBC interview that America might soon see “taco trucks on every corner” because of immigration from Mexico. In Houston, there already are taco trucks everywhere, and we quickly went to work recruiting them to double as voter registration booths. Collaborating with a bipartisan group called Mi Familia Vota, we created bilingual voter guides and installed them, along with voter registration cards, in taco trucks citywide. The two-week campaign helped add nearly 324,000 new voters to Harris County rolls — breaking all records — and went wildly viral.

ARTS ATL: What career advice would you give a design student?

Rigsby: Read. And travel. Read literature to get a deep understanding of human experience and poetry to learn how to think in metaphors. Travel so you have the broadest variety of experiences to draw from for potential connections. Think of design as your ticket to places you’d never have access to otherwise. Cultivate genuine curiosity about as many things as you can, and never miss a chance to engage with as many people as you can. Go to design conferences and introduce yourself. When you show your work, talk about how that work connects with your own interests. People want to know what you’re passionate about, not just whether you have design skills. Finally, start interviewing long before you graduate so that when the time comes, you’ll already know where you want to go.

ARTS ATL: Your work often mixes interactivity into what are considered classic print communications­ — books, for example. How and why do you do this?

Rigsby: Several years ago, we launched a multifaceted campaign exploring one of the biggest questions of our time: How do media shape messages? We worked with neuroscientist David Eagleman to look at how human brains process information and how communication vehicles — from stone tablets to papyrus and paper to computer screens — each color information in a different way. The science is rich and fascinating and dates all the way back to infamous experiments done on monkeys in the 1940s. Our book was well on the way to blowing up with all this information when we decided to add content interactively instead. Page triggers inside the story lead readers to three-minute videos of Eagleman explaining key ideas. The thing was so successful that we’ve looked at integrating interactivity into other projects as well: our book for Mercedes-Benz Stadium [a private, limited-edition monograph not available for sale] has page portals leading to time-lapse videos of the stadium’s beautiful oculus roof opening and closing. This kind of content really brings books to life, and I think we’ll see it being done more and more.