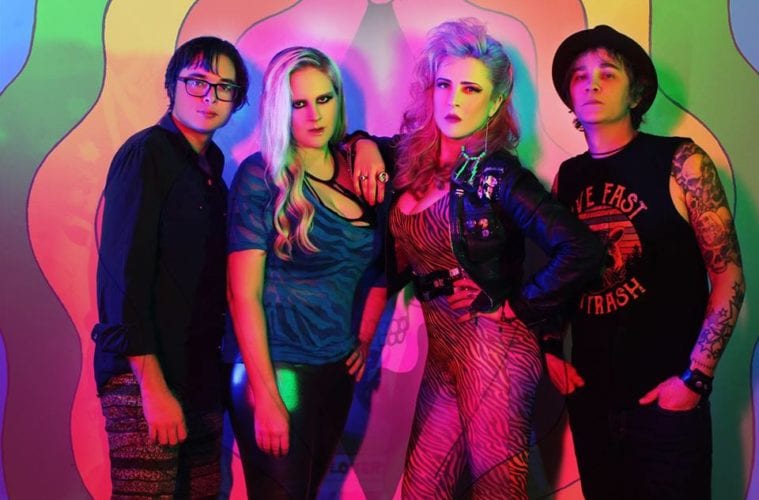 Q&A: From the UK to ATL, Sasha Vallely discusses the nature of her music

Sasha Vallely is no stranger to the music scene. Currently, she performs with psychedelic power trio Midnight Larks, The Outlaw Women Band and her own project, Sash The Bash. Vallely grew up in the UK epicenter of heavy metal, and the English city of Birmingham sparked her sound as an artist. Sash the Bash will perform at Star Bar on April 13 and at FuzzStock on June 1 at 529.

The powerful and infectious presence Sash The Bash brings to her shows was hard-earned and almost never found its way out of her head. Living between punk, rock and blues, she worked her way into each independent scene by giving touring bands a place to crash at her house. This rock ‘n’ roll inn keeper opened doors to gigs with bands in Australia, Los Angeles and the UK.

Vallely credits her riff-based sound with many facets of life, including her deeper and more spiritual side. She opens up with ARTS ATL about the past, present and future of her ever-expanding artistic career.

ARTS ATL: What is your first musical memory?

Sasha Vallely: I remember my mom bought me a little keyboard. I just remember composing my own songs at two years old. I remember trying to learn some of my mom’s favorite songs — she listened to Motown and soul, and my dad was into ’50s rock ‘n’ roll like Elvis and Buddy Holly. I feel like I was just born with this musical ability. Not like a prodigy or anything, but it was something that’s always been there.

ARTS ATL: You were quite a bit shy when you first started out. Can you tell me about that time?

Vallely: I’d been a backing singer in a couple of bands before. I was really shy. I got ridiculed a little bit by some metal guys because I wanted to be in a metal band. They were like, “Girls can’t be in metal bands.” I wouldn’t even perform in front of anyone for years. When I turned 21, I moved to Australia and went to a music college — that brought me out a little bit.

ARTS ATL: How did growing up in the UK influence your style?

Vallely: I was writing most of the songs on the bass. It was always very riff-heavy with a metal influence, even though I’d gravitated more toward classic rock ‘n’ roll. It sounded kinda like Black Sabbath. That’s kinda my sound. Birmingham, the city I grew up in, was a very industrial town, a very gritty, dirty, working-class town. It reminded me a lot of Detroit. If you think of Detroit like MC5 and The Stooges, they’ve got that gritty sound as well. That’s my kind of sound.

ARTS ATL: What’s the song you’re most proud of writing?

Vallely: I like a lot of my songs for different reasons. I guess one song that I really like is called “Lovespell.” As it sounds, it’s like a love spell. So it’s bringing that witchy element of myself into the song. There’s something magical that you can put out there in the song, and I’ve always been kind of witchy. I used to go to psychic fairs from a really young age. Now it’s way more mainstream, but when I was little, it was really weird. I wouldn’t necessarily say I’m a witch. I’m not wiccan. I’m not any religion. But I’m definitely more about the power of the mind, manifestations and things.

ARTS ATL: Does that tapping into your spiritual side give creativity a new lens?

Vallely: I like to write silly pop songs as well. Stevie Nicks is pretty witchy, but I feel like there’s not many people that do that. I’m kind of proud to put that part of myself out there. But also a lot of the songs I write are about pain and sorrow because that’s when you usually get your inspiration from: times of suffering. 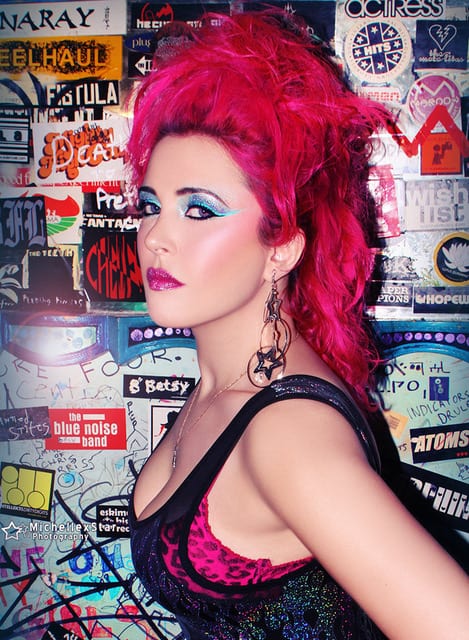 ARTS ATL: You have multiple music projects that bring the community together in interesting ways. How does that shape your experience?

Vallely: I love just playing and performing, which is part of the reason why I started all these different projects. If you’re in the same town, you get to a point when promoters say you’re playing too much. I thought, “How can I still play all the time and not piss people off?”

That was initially why it started, but then I began to channel these different sides of myself through the different projects. Spindrift was very spaghetti western, and I have this kind of a cowgirl in me. I’m a Brummie [of Birmingham, England] cowgirl.

I also wanted to bring women together. I’ve always been a big believer in helping other people out and raising other people up. The Outlaw Women Band was my way of bringing everyone together. It’s more dark country and outlaw country.

ARTS ATL: Music is certainly a huge part of your life, but you work in many creative disciplines. What’s next for you?

Vallely: I’d really like to do more film scores — I did a lot of that with Spindrift. I also just got cast playing a musician for a TV pilot. On the esoteric side, I’m doing palm readings, tarot readings and doing ceremonies like healing ceremonies, fire ceremonies and cleansing ceremonies. I teach music as well.