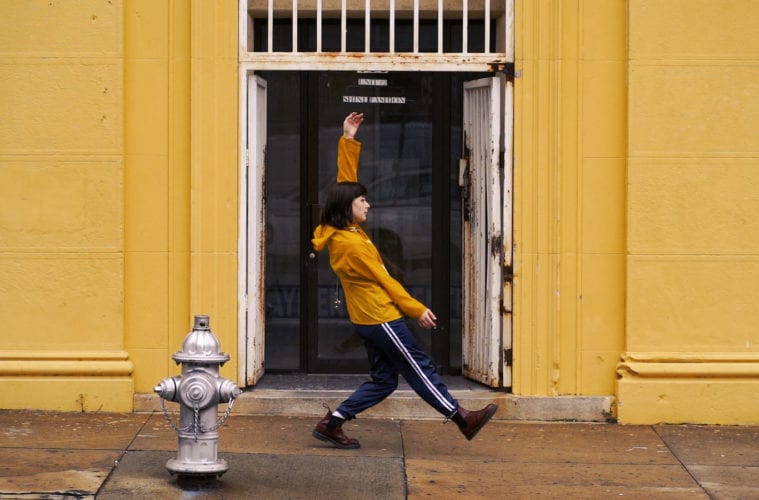 The smell of warm popcorn wafted through the doorway of Core Dance studios last Memorial Day weekend as passersby caught sight of human figures gliding across a TV monitor mounted at the studio’s floor-to-ceiling windows. The contemporary dance company’s downstairs space had been converted into a pop-up projection room during last year’s EnCore Dance on Film Festival, Core Dance’s contribution to ArtWalk, one of the Decatur Arts Festival’s most popular dance events.

Fifty-two short films by local, national and international dance filmmakers will be looped or projected on screens throughout Core Studios — and on some exterior walls — this Friday, May 24, between 5:00 p.m. and 10:00 p.m. Showings of the main programs will begin at 5:00 p.m. and 7:30 p.m. The screenings are free and open to the public.

The festival is the brainchild of filmmaker and curator Jennifer Scully-Thurston, who’ll present EnCore’s fifth season this weekend. Scully-Thurston worked as Core Dance’s production manager from 2013 to 2016 and currently lives in Raleigh, North Carolina. Her films are eclectic, ranging from sci-fi fantasy to somber themes such as mourning. ARTS ATL spoke with Scully-Thurston to get a sense of how the festival has grown over the past few years, in light of Atlanta’s booming film industry and increased dance film offerings.

ARTS ATL: How did EnCore get started in Atlanta? 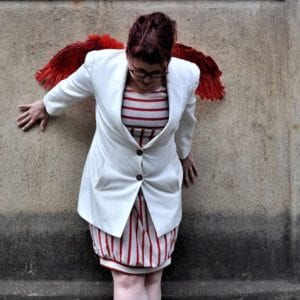 Jennifer Scully-Thurston: In 2014, I reinvented myself as a filmmaker and video installation artist. There wasn’t another outlet for dance film in Atlanta at the time. Sue Schroeder, the artistic director of CORE, is very generous with her space. She wants the community to come in. The first year, we did one screening, and the next year, we started experimenting with it. We decided to open our doors to the Decatur Arts Festival that year and showed 50 films in five hours. The next year, we started doing two and a half hours and repeated the program twice so people could come and drop in or could [stay] and watch.

ARTS ATL: Do you believe a two-and-a-half-hour program might overwhelm viewers? How should they navigate all those films?

ARTS ATL: You mentioned that several of the films this year are from local filmmakers. Is there any one standout for you?

Scully-Thurston: I’ve watched Nadya Zeitlin’s growth as a filmmaker over the past six years. I think she has an interesting movement quality that lends itself to film with a specific point of view and a good sense of color. I like how contained her movement is in the setting of her film, …and then the dishwasher got broken.

ARTS ATL: So what are you looking for when you’re adjudicating the films?

Scully-Thurston: I’m looking for something that really is a marriage between film and choreography. I’m less interested in a pretty body in a pretty place improvising. To me, that’s not as interesting than knowing there is some kind of plan, cinematic process and an idea being played with. It could be a low-end or high-end budget film, but it has to have clear intent and forethought. I love the films that have a style to them, whether it’s from costume to music.

ARTS ATL: How is this lineup different from mainstream moviemaking that Hollywood has brought to Georgia?

Scully-Thurston: When we do the submission process, you get a huge range of films. We get low-budget films and much-higher-budget films. I try to bring everything in. I love a really well-made, no-budget film. Making something spectacular out of nothing is really interesting to me. Then you get some of these showstopper, beautiful higher-budget films, and those are aspirational for filmmakers to see. I think choreographers make great film directors, and directors would make great choreographers because you can choreograph after you’ve gotten the footage. The choreography doesn’t stop on set — it happens afterwards in the editing studio too.

ARTS ATL: What do you hope audiences will come away with after viewing the festival?

Scully-Thurston: If they talk about it after they walk through the doors, I’m happy. I also hope that after seeing such interesting films, they will seek out more opportunities to watch dance — live or on screen, wherever. That’s the goal. I would love to see good modern dance in more mainstream entertainment.