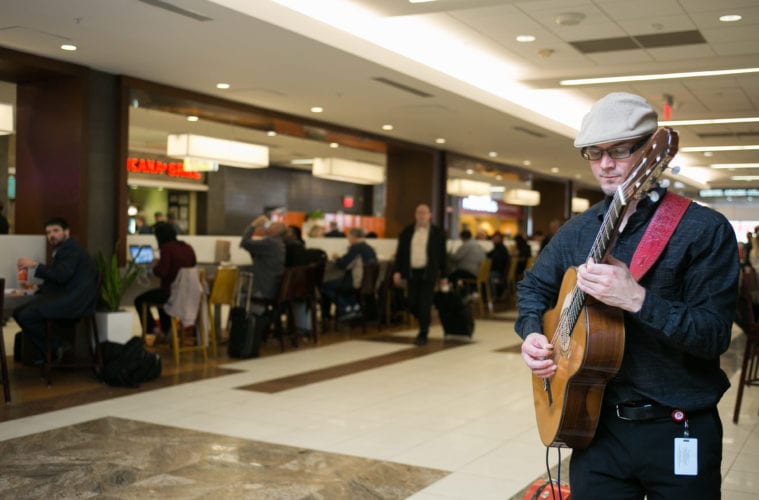 Update, Wednesday, May 22: Hartsfield-Jackson International Airport will hold auditions for local musicians to perform at the airport on Thursday, May 23. As of Monday, 60 musicians have registered to audition. The selected musicians will be notified next week.

Artists will perform in front of a panel of judges to be considered for the position. Auditions begin at 10 a.m. and run through 4 p.m. at the airport next to the SkyTrain entrance.

As the world’s busiest airport, Hartsfield-Jackson sees more than 107 million passengers each year.

Currently, the airport has 16 musicians who perform as part of the ATL Entertainment Series. The program began in 2016 to welcome musicians varying in genre, style and form to perform throughout the airport. Hartsfield-Jackson seeks to expand to 20 musicians in the coming months.

“The ATL Entertainment Series is an integral part of the airport, as it provides professional live music for the passengers and airport community while demonstrating true Southern hospitality,” says Jennifer Ogunsola, communications manager.