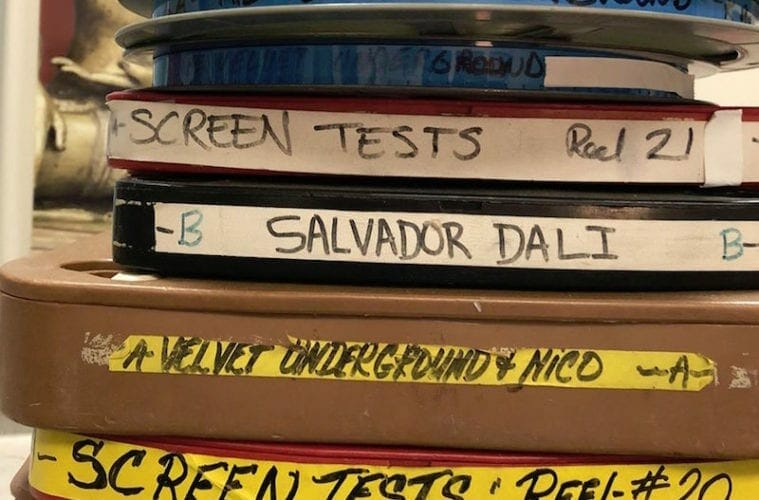 The Film Love project in recent years has done a High Museum of Art series, screened Andy Warhol’s Empire and paid homage to the Atlanta cable TV treasure The American Music Show. If this holiday week finds you fetching someone — or fleeing from — Hartsfield-Jackson Atlanta International Airport, you might give thanks for its latest exhibition, Motion, Migration and the Moving Image.

The exhibition, created under the Airport Art Program umbrella, features silent works shot between 1902 and 2019. It was two years in the making and runs on a continuous loop in two locations — the International Arrivals area outside the security zone and inside that security zone near the food court. Its videos are two to 10 minutes long and have a cumulative run time of 49 minutes. The exhibition continues through January. 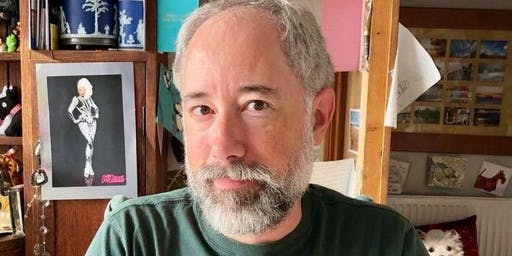 Andy Ditzler founded the Film Love series in 2003. Its latest effort, “Motion, Migration and the Moving Image,” can be seen at Hartsfield-Jackson airport through the end of January.

Film Love, cofounded in 2003 by curator Andy Ditzler, showcases rare or obscure films at venues around the city — from art centers and movie theaters to outdoor and site-specific locations — in a way that tries to be both adventurous and accessible. In its nearly 16-year history, Film Love has screened more than 160 features, shorts and videos. ArtsATL recently talked to Ditzler about Motion, Migration and the Moving Image.

ArtsATL: Most Film Love events show one or two films at a time. For the airport, you chose many more. How is the challenge of building an exhibition different from curating a one-off event?

Andy Ditzler: One of my main curatorial models in Film Love is the short-film program, which combines many different kinds of works in a single event. For the airport, I drew on this model and tried to create the flow of a good short-film program. One big difference at the airport is that people happen upon the exhibition having come to the space for other reasons. Also, the exhibition runs continuously rather than being a one-time-only, singular event. The continuously looping aspect means that I am not physically present as curator/projectionist and that written program notes posted on-site explicate the work. 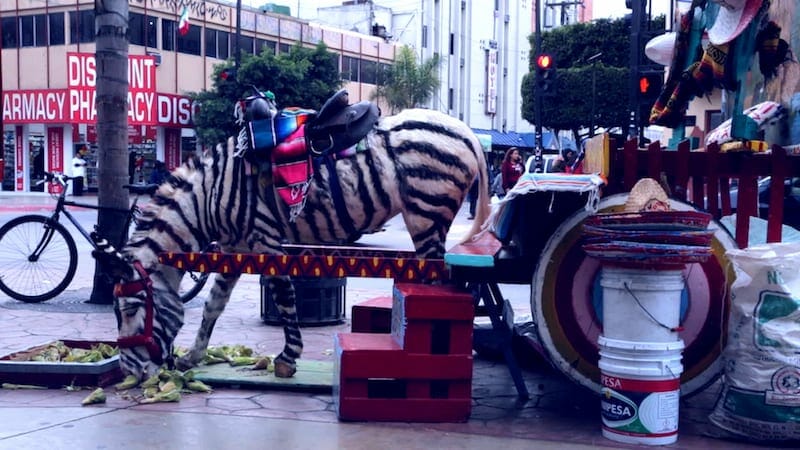 A still from “Tijuannui” (2019), an eight-minute-long digital video by
Mael Vizcarra and Stuart Cardwell.

ArtsATL: Why did you decide to commission some new videos rather than rely entirely on ready-made footage?

Ditzler: I’ve wanted to exhibit Mael Vizcarra’s work for a long time, and I knew that much of her research and video work centers on the border area in Tijuana. So, the migration theme provided a good opportunity. Mael and collaborator Stuart Cardwell produced a new silent video. This allowed them to refer to various avant-garde film traditions, in the process saying something very original about life in Tijuana as a border space, something they couldn’t necessarily get at in pure documentary mode.

You can see that [their] 2019 work is brought into direct conversation with Billy Bitzer’s 1905 film of Ellis Island — another space of transit and borders. These two pieces were made more than 100 years apart. Time is built into the medium of film and video: the duration of a work, the way editing compresses or expands an event. And time can also be built into the curation of moving images by bringing contemporary works and works from previous eras into direct contact with each other.

ArtsATL: What do you want viewers to contemplate while they’re walking through this exhibit?

Ditzler: I’m not making a single argument about migration or motion. I want to facilitate a process of making connections. I gathered works in diverse styles and genres that each make a singular statement about the movement of people (including across borders), while leaving space for viewers to connect the imagery from one work with that of another. Lynn Marie Kirby’s works from the early 2000s are kinetic and abstract, like moving paintings, and are set visually against the 1970s home movies of Crawford Barton and H. Lee Waters’ black-and-white portrait films from the 1940s. Kirby’s and Robbie Land’s works address species migration and the relation of the natural world to moving-image technology, which takes the subject of migration into a different and, perhaps, unexpected place alongside the urgency of the human-focused works.

The shift from one work to the next became an opportunity to juxtapose different visual approaches, chronological eras and thematic relations. The intent is to provide a kind of transitory structure that could spark connections among individual works, even works as divergent as these.

ArtsATL: How hard was it to edit this project down to a noiseless experience that would clock in at less than an hour?

Ditzler: The program took a few iterations to gel properly. The motion of people is a strong visual component of that space and is the context for the exhibition itself. Some have only a few moments; others are waiting a long time for someone to arrive. I think the program does work as a whole, but I was also thinking about each individual work and even single moments as possibly the only thing a given viewer might see. A big challenge was that everything has to be shown silently. I’ve shown plenty of silent films, from Buster Keaton to Andy Warhol, but have not had to work with silence as a parameter of the exhibition space. If you try to think of contemporary documentary videos on a given subject that are silent, what do you come up with? So, that was a difficult but fruitful problem.

ArtsATL: Would you do an installation this size again? What’s next for Film Love?

Ditzler: I’m thrilled with how the exhibition has turned out and am looking forward to working in this way again. Film Love exists alongside my own musical practice and an ongoing collaboration with the John Q idea collective, so there are lots of projects in various stages. The main thing I’ve noticed over the last few years of Film Love is that the scale of programs has grown. So, the larger scale seems to be where the energy is right now. For a long time, I intentionally worked on a smaller scale, so this is an interesting development.