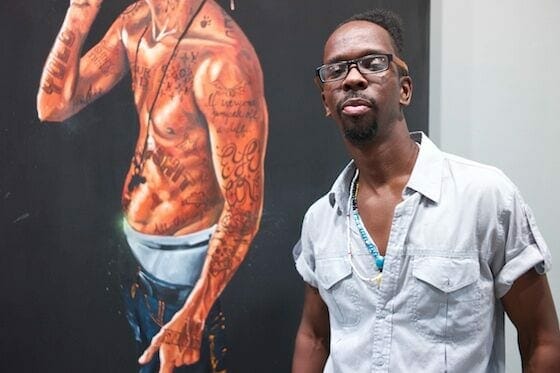 "What we do as artists is a reflection of the communities we live in," says ELEVATE: Pittsburgh curator Fahamu Pecou. "Art isn’t something that exists outside of who we are. It is how we experience and relate to the world. It is especially important in communities like Pittsburgh, where there haven’t been spaces where the arts live." (Photo by Max Noy)

Though he’s best known for multidisciplinary art that comments on representations of black masculinity, artist Fahamu Pecou and his African Diasporic Art Museum of Atlanta curated this year’s ELEVATE: Pittsburgh. The annual event, hosted by the Mayor’s Office of Cultural Affairs, is a temporary public art program that brings visual art, performances and cultural events to a specific neighborhood. This year’s jam-packed ELEVATE continues through Saturday. 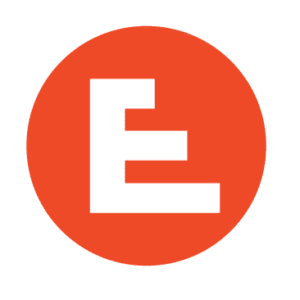 Through ELEVATE, Pyramid Grocery — which deals with food, access and community issues — gets a new design inside and new murals outside from artists Kimberly Binns, Tracy Murrell, Charmaine Minniefield and Fabian Williams. The weeklong event also includes storytelling workshops, dance theater, film screenings, a three-part series from the Atlanta podcast Bottom of the Map and more.

Ways of Seeing (6–9 tonight) is an interactive photo exhibition and zine release that imagines Pittsburgh through the eyes of existing community members, architects and photographers. The exhibition is inside a former laundromat on McDaniel St. SW.

Saturday (noon–8 p.m.) features a festival in Pittman Park, the finishing of a mural by artist Corey Barksdale and volunteers at 950 Garibaldi St. SW (1–5 p.m.) and an artist market and free book fair in the Pittman Park Pavilion (2–7 p.m.). The evening ends at the pavilion with a screening of Spike’s Lee’s 1989 movie, Do the Right Thing, set in the Bedford-Stuyvesant section of Brooklyn on the hottest day of the year, literally and figuratively.

Special thanks to the @CityofAtlanta for this video recap of the The Pyramid Project Unveiling at Pyramid Grocery. Watch the video to see how we helped bring fresh food to Atlanta's Pittsburgh community. pic.twitter.com/SjuzXC4U6w

Pecou, 44, talked with ArtsATL about his history, the importance of community engagement in art and ELEVATE.

ArtsATL: Can you share your journey from artist to community engager by including conversations of black identity that are found in your work today?

Fahamu Pecou: I think it was largely a combination of experiences that I had at the Atlanta College of Art that led me to see the importance of using my work as a platform to engage broader society. I had a professor, artist Larry Anderson, and on the first day of class, after he took attendance, he turned and wrote on the board, “What is art?” Until that moment I had never considered what art meant. The question rocked my world because I didn’t have an answer.

At that moment I began to see the power of what art could do and what I could be. I decided that I wasn’t going to simply make art that looked good but to make art that made a difference in the world. I want to use my art as a platform to initiate ideas that engage with broad social issues about my own perspective and other young black men who look like me. 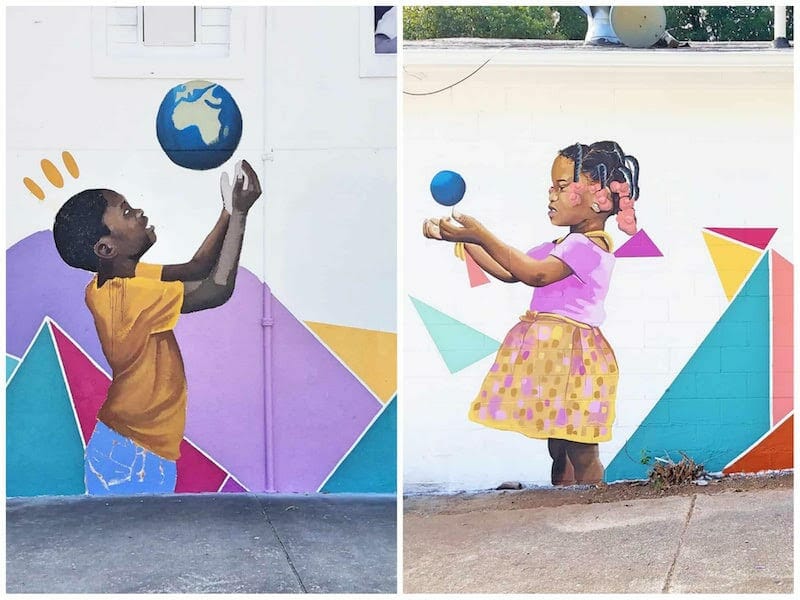 These two murals-in-progress come from artist Charity Hamidullah and can be found on McDaniel Street SW.

ArtsATL: This year’s ELEVATE is titled Cultural Capital and curated by the two-year-old African Diasporic Art Museum of Atlanta. Can you share a little more about the organization?

Pecou: We are focused on representing the arts and culture of the African diaspora [people settled far from their ancestral homelands] and ways museums can engage with the community. The idea is not about creating a space where people come to be educated or enlightened by art but rather the reverse. We like to think of ourselves as being a true voice of representation, expression of people and of culture. ELEVATE: Pittsburgh is the museum’s first major project in the city.

ArtsATL: How was the Pittsburgh neighborhood chosen for this year’s event?

Pecou: As you may well know, the neighborhood of Pittsburgh is an underserved community in terms of arts and culture. In a city like Atlanta that is rapidly changing due to development, neighborhoods are evolving and reinventing themselves. It is really exciting to engage the people of Pittsburgh to present art that is in service to the community.

ArtsATL: What will audiences see this year?

Pecou: The theme “Cultural Capital” is essentially raising the question of what happens to communities with encroaching developments. In the process of developing ELEVATE: Pittsburgh, we were fortunate enough to engage with folks in the community who are very much involved and vocal about their desires to preserve the neighborhood. We’ve tried to create a program that looks at the history of Pittsburgh and responds to what is going on now and looks at what the future could be. 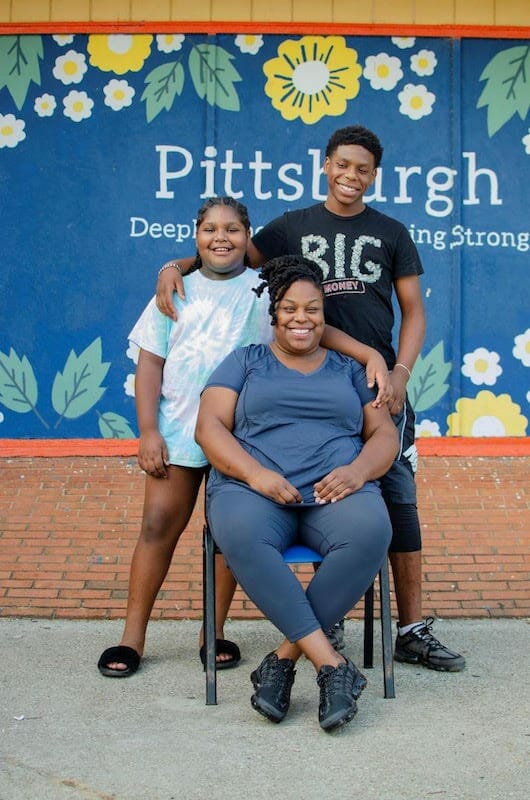 ELEVATE: Pittsburgh, the 2019 Atlanta Art and Culture Festival, continues through Saturday night in the Pittsburgh neighborhood anchored by a reinvigorated Pyramid Grocery. (Photo by Michael Reese)

ArtsATL: Why is it important that communities support an event like this and take part in the conversation?

Pecou: What we do as artists is a reflection of the communities we live in. Art isn’t something that exists outside of who we are. It is how we experience and relate to the world. It is especially important in communities like Pittsburgh, where there haven’t been spaces where the arts live, and art is often made to feel disconnected from the people.

Events like ELEVATE are able to build connections and give people a way to share their vision and hopes. To be able to make art come alive in communities is a beautifully powerful and transformative thing.

ArtsATL: You’ve mentioned before that many of the images of black identity are wrapped up in trauma and stereotypes and these are conversations in your work. What are the conversations you hope to create when you think about the future?

Pecou: My best work is done in observation. I want to remain open, flexible and responsive to the world. I plan to continue to be a witness and a translator of the moment. My hope is to create something that we can look upon to find inspiration, to spark conversation and dialogue.