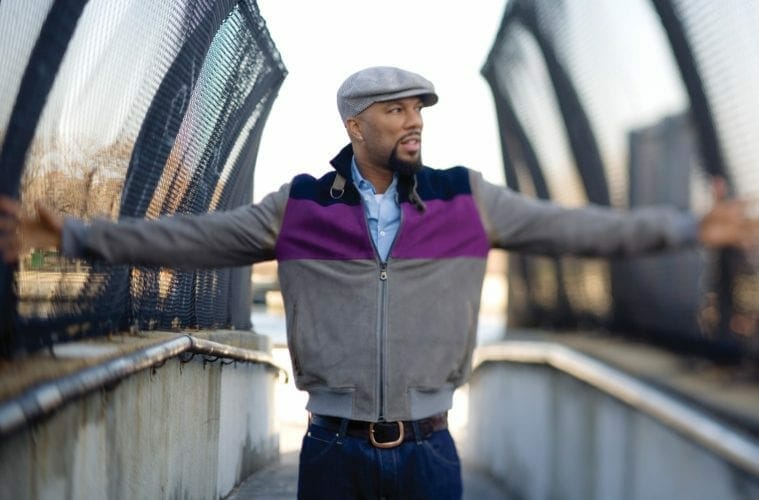 Common performs with the ASO on June 29 at Cadence Bank Amphitheatre at Chastain Park.

Q&A: Common talks growth, his new album and performing with the ASO

No two music styles are more divergent than classical and rap, and the Atlanta Symphony Orchestra and Common will try to bridge that gap in a performance Saturday night.

It marks the first time the symphony has ever collaborated with a rap star. The concert will take place at Cadence Bank Amphitheatre at Chastain Park.

ARTS ATL spoke to Common this week about the special concert, what he hopes it will achieve and how hip-hop has evolved since he first burst on the scene 25 years ago.

ARTS ATL: Classical and hip-hop music are very different genres with different audiences. Do you see this concert as an opportunity to bring the two genres together?

Common: Yes, I see this as an opportunity to bring people who love music and appreciate art together who may not always get a chance to experience it in one way or the other. A lot of people who see hip-hop shows don’t get to see classical performances and vice versa. This is a chance to bring the worlds together and show just how beautiful music can be and how wonderful it is to combine great art to create a new experience. We want to give audiences something they may not have ever experienced before. The show at Chastain marks the first time the Atlanta Symphony Orchestra has performed with a rapper.

ARTS ATL: What can we expect from this performance?

Common: When I think about the audience, I think about them experiencing songs they are familiar with but also presenting songs that are new in a great way. I will go through a catalog of music — I view it like a DJ sometimes in that you have to play the songs people know and love, then you also have to play songs that are progressive and different. I like my performances to be a journey — to have the elements of live music, improvisation, a narrative and theatrics. I want the people who experience this concert with the ASO to enjoy a combination of hip-hop and soul music, and progressive music with a great orchestra with a history of my music and tracks that have yet to be released.

ARTS ATL: Can you tell me about your upcoming album Let Love?

Common: The album is called Let Love, and it’s inspired by my book titled Let Love Have the Last Word (2019). It’s creative and progressive — people who have liked my albums Like Water for Chocolate (2000) and Be (2005) will feel the musicianship these albums contained, along with the storytelling and soul elements. This album really digs into places that I’ve never been to. Writing a book and being an actor has allowed my storytelling to rise to new levels. It’s been inspiring for me because I wanted this album to be very personal but at the same time relatable for others. There are many soul artists featured — I’ve always liked featuring vocalists I wish I could sing as good as. Many of the songs end with the word “love.” A few examples: “Good Morning Love” and “Guided Love.” ARTS ATL: You’ve been making hip-hop since the ’90s. How have you seen the genre change over time?

Common: In the ’90s, I noticed that the process of making an album seemed to take longer. You wouldn’t find people coming out with several mixtapes and albums in one year. The avenue of getting the music to the audience has changed, and so have the promoting and marketing aspects. With so much music out there, I think it’s different in that there are so many albums currently out and continuing to be put out that it’s less concentration on one project. For example, when The Notorious B.I.G. put an album out in the ’90s, everyone in the West Coast was checking it out. I feel like in the ’90s you were able to give more attention to the artist, and the artist was able to develop — they were able to put out a follow-up single to the album, then go on a tour, etc. You could feel the evolution of the artist. Now, people’s attention is short, and albums don’t have that type of life anymore.

Common: The song “I Used to Love H.E.R.” is 25 years old and is about the culture of hip-hop. “H.E.R. Love” is me telling about my perspective of hip-hop from an evolved perspective — a matured perspective that understands the culture has to grow, expand and change. Just like people in your life are going to change and grow — I felt that was an important thing for me to talk about with hip-hop. It is also to honor all that hip-hop has brought to my life. I really wanted to honor the culture and the evolution of the genre; I respect that a lot of newer artists are bringing what they bring and doing their thing. Hip-hop doesn’t sound like it did in the ’90s, but it shouldn’t. The music has to evolve, and the new generation should be able to express themselves the way they want. And that’s what’s going on.

ARTS ATL: How do you feel Atlanta is doing compared to the rest of the U.S. in hip-hop?

Common: Atlanta brought a whole new sound to hip-hop, and it’s so true to the city and an expression of the South. Atlanta has been able to own that and bring out various artists that have been successful with that sound. One of the things I respect about hip-hop is that you have different people from different places expressing who they are and what they feel — they aren’t trying to sound like a place they’re not. Atlanta brought and developed its sound — the city has a prominent place in the hip-hop world. There’s several great artists from other places, but Atlanta’s really bringing it.

ARTS ATL: What’s your favorite part about being in ATL?

Common: The people and the food.