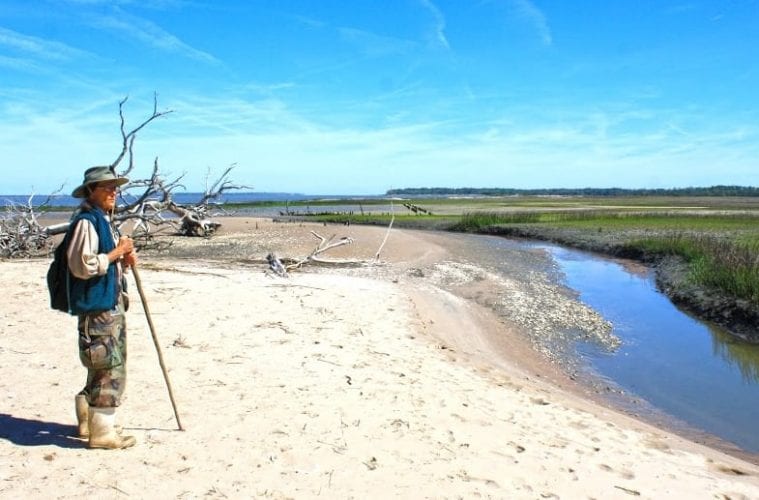 Ruckdeschel walks the river beach on the northern end of Cumberland Island. (Photo by Ariel Wise)

Fernbank Science Center will debut a new exhibit Sunday that focuses on Cumberland Island and will feature a talk by Carol Ruckdeschel, the longtime Cumberland resident who is known as the “Jane Goodall of sea turtles.”

The exhibit, Cumberland Island: A Fragile Beauty, will feature work by Atlanta photographer Diane Kirkland along with Ruckdeschel’s illustrations that depict the island’s vast biodiversity. 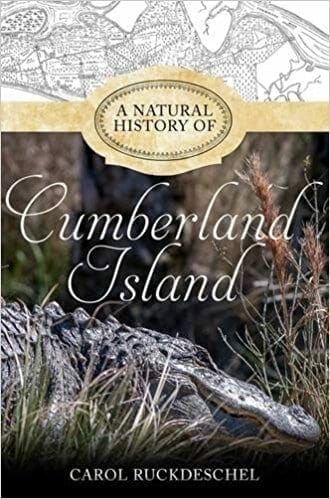 Ruckdeschel authored a book about the island two years ago, A Natural History of Cumberland Island, that was published by Mercer University Press. Ruckdeschel, who is from Atlanta, will give a talk about the island at 4:30 p.m. and then sign books. The event is free, but advance registration is requested.

She became an expert on sea turtles after moving to the island in 1976. She has become an advocate for sea turtles and for protecting their nesting grounds on Cumberland.

Ruckdeschel is also a fierce advocate for the preservation of Cumberland Island. The island is part of the National Park Service and largely untouched, but it is under constant threat of development. Her book is the first natural history of the island and includes unique observations informed by her nearly 50 years living on the island.

ARTS ATL Executive Editor Scott Freeman traveled to Cumberland Island in 2017 to interview the reclusive Ruckdeschel about her book and her life on the island. That story can be found here.