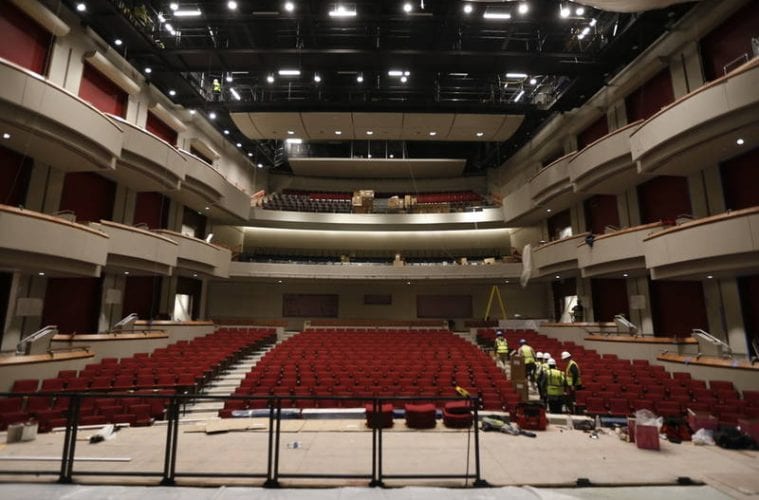 Brandt Blocker was the public face of Atlanta Lyric Theatre for almost a decade. But he went into retirement at the end of 2016 to split his time between here and Hong Kong after his wife took a new job. Yet now, he is back at the helm as artistic director of another metro theater company, City Springs Theatre Company, dedicated to his forte: professional musical theater.

ArtsATL: First off, why do you love musical theater so much?

Brandt Blocker: I am a musical theater guy. In college, as a struggling actor in New Orleans, I was offered a role in Bernard Shaw’s Candida. I was studying music at the time. I thought it was a great experience, a beautiful production, but there was a lot of text. At that time, I said from here on out, it’s all musicals. For me, there is nothing more exciting. 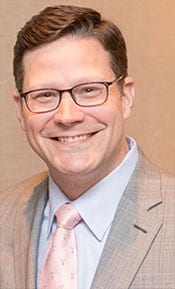 ArtsATL: How did City Springs come up for you?

Blocker: When I was at the Lyric, there had been some discussion about Sandy Springs, some research study into the idea of a performing arts center. Some colleagues [Jan Collins, Steven Hauser, Peggy and Jerry Stapleton] told me their wish was to get a theater like Lyric in Sandy Springs. They asked if they thought the Lyric would move. The idea of moving it, I thought, is not something I imagine they would want to do. I suggested [this group] start their own company. They wanted to do it and asked if I would help. I told them I would.

I didn’t think much of it, but they began to make some moves, and things went from there. I wasn’t looking to get back into theater. I was enjoying my retirement. Natalie Barrow had stepped aside from the ArtsBridge Foundation, and I called her up and told her that I was coming aboard as an unpaid consultant. She came aboard as well. Then we got on the phone and called Shuler Hensley. I told him this was a great opportunity, and he said yes. When the opportunity came up to be artistic director, I discussed it with my wife, and we thought it was too good of an opportunity to pass up.

ArtsATL: Tell us about the debut season.

Blocker: 42nd Street is a wonderful way to open up a theater. When the curtain rises and you see 30 cast members tapping, it’s a great way to show off a venue. It’s big and brassy. I twisted Shuler’s arm and got him to be in it. The season is diverse and exciting. We are delighted to be the first local company to present Elf over the holiday season. We also have South Pacific, Billy Elliot and Hairspray.

ArtsATL: What did you learn from your time with Atlanta Lyric that you bring to City Springs?

Blocker: I learned so much from my successes and my mistakes. One is to listen to your audience. We will do that. Will City Springs just be a musical theater company? That depends on what folks of Sandy Springs want. It’s important to tap into the vibe of the community and listen to them. This year it is a season of commercially known musical theater, but City Springs’ identity has yet to be written in the books. It will be forged by presenting what they want.

ArtsATL: How do you create an identity for City Springs when Atlanta is already heavy with theater companies?

Blocker: I asked myself that: does Atlanta need, or want, another professional theater company? The numbers tell the story. Tickets went on sale in February. By 10:05 that morning, we had had more than 300 phone calls. We are already at over 4,000 subscribers. We started raising funds last year and have raised $1.7 million. Those figures tell me Sandy Springs wanted a professional theater company.

The idea is to have Shuler connect us to New York. We are looking to him to bring in directors and talent from New York, to be a conduit to Broadway. Maybe one or two (a season), but we are also committed to having the stage filled with local artists. Shuler is very committed to the project and committed to the artists here. He recently said there is no difference in the talent between here and New York.

The venue has 1,070 seats, and I am impressed by how it has been designed. It’s perfect for musical theater, as cozy as you would find on Broadway. From any seat, you are connected to what is going on onstage.