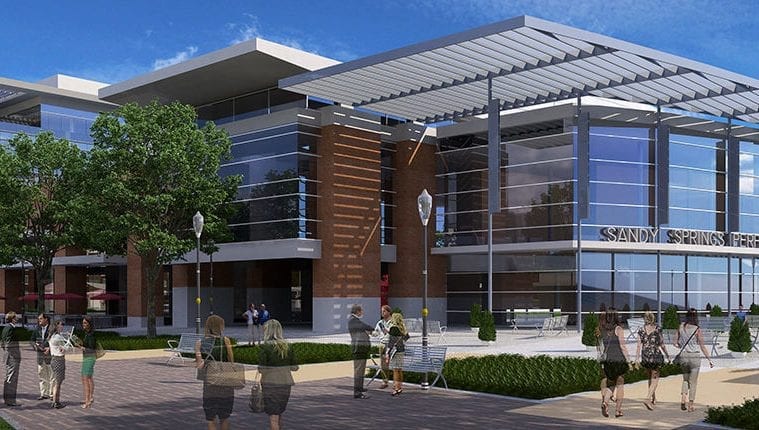 As metro Atlanta continues to grow at a steady pace to accommodate new residents (and traffic), the interest in localized entertainment has grown with it. With the opening of the new Sandy Springs Performing Arts Center in the City Springs development, local residents now have one less reason to leave their city.

The 14-acre, $229.2 million complex had its grand opening in May and kicks into high gear this month, less than 13 years after Sandy Springs became incorporated. David Daly, the complex’s director of programming, said the complex has been always been a goal for city residents who wanted a local gathering spot where they could spend money and enjoy professional theater, outdoor festivals and other entertainment.

Planning for the complex began in 2011, and developers officially broke ground in 2015. While many of the dozen retail shops and four restaurants aren’t expected to open until this fall, the complex features the 1,070-seat Byers Theatre, a black box Studio Theatre that also doubles as a space for City Council meetings, a four-acre city park, underground parking for almost 800 vehicles, City Hall and rentable community spaces. 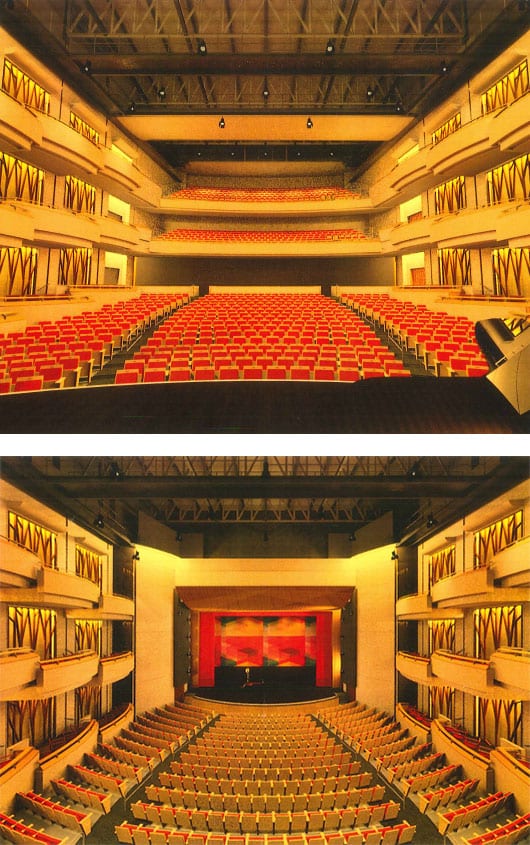 The intimate Byers Theatre will host The Atlanta Opera and Atlanta Ballet this season.

Daly said original plans for the complex included proposals for a small theater space that could house roughly 500 seats, but residents quickly expressed an interest in a larger space that could host professional performances. Located inside the Sandy Springs Performing Arts Center portion of the space, the Byers Theatre features state-of-the-art, customizable sound and lighting systems. Movable banners hang along the top and sides of the space, allowing for customized acoustics to ensure that a “symphony is going to sound much different than a musical,” according to production manager Justin Garner.

The theater, which is set to host a variety of entertainment acts ranging from comedians to circus entertainers, has a full orchestra pit, utilizes mostly LED lighting and has a backstage area that features four star dressing rooms and rehearsal and green space.

The theater has already booked a wide range of local companies: The Atlanta Opera, Atlanta Ballet and the Roswell Dance Theatre. The Atlanta Jewish Film Festival will host a variety of screenings there, including on its closing night.

“I give the city and its citizens a lot of credit for investing in the arts,” Blocker said, noting that tickets for 42nd Street, the first production for the company, are nearly sold out.

“It was sort of a natural alignment,” Daly said of the complex’s partnership with the theater group. “Their nexus was in response to this theater coming online and the community’s desire to see musical theater in the space.”

Blocker said City Springs Theatre Company is also contemplating ways to use the outdoor stage area, including potential Shakespeare in the Park programming. The four-acre green space hosted its first food festival, Food that Rocks, in June, and is currently hosting the Movies by Moonlight series, which features Star Wars: The Last Jedi on October 5.

Daly said potential for programming in the complex will continue to grow based on public interest. “What we decided to do in our opening year is to really hit a lot of different marks,” he said. “We wanted to be really broad in our approach to respond to [the public’s] request for diversity but also to see what the community is going to be less interested in.”