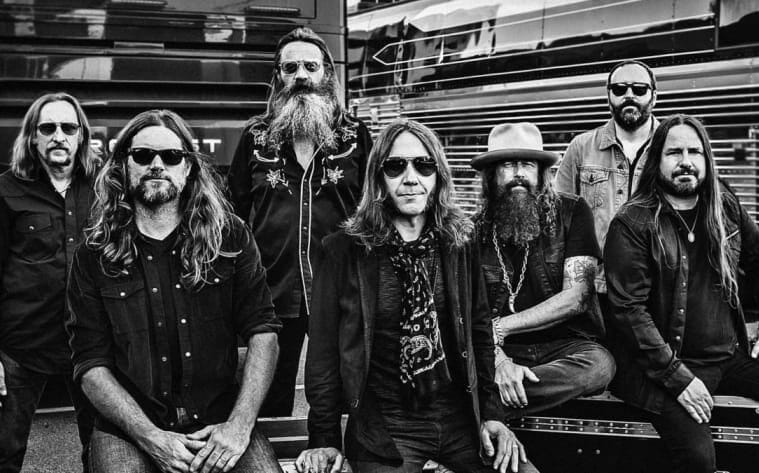 Blackberry Smoke has a new album it recorded during the pandemic and is about to begin its first tour since COVID-19 hit.

Q&A: Charlie Starr and Blackberry Smoke roar out of the pandemic with album, tour

Blackberry Smoke has much to celebrate. This year marks the Atlanta band’s 20th anniversary together. The Southern rock group has continued to make music despite COVID-19, including a new studio album, You Hear Georgia, which is out today. The album features guest appearances by Warren Haynes, Jamey Johnson and the Black Bettys, and was overseen by Nashville’s hottest producer, Georgia native Dave Cobb.

With pandemic restrictions easing, Blackberry Smoke begins a robust summer tour this weekend that will bring it to Ameris Bank Amphitheatre in Alpharetta on August 21.

Charlie Starr is Blackberry Smoke’s primary songwriter, lead vocalist and lead guitarist. He recently sat down with ArtsATL to discuss how the band managed a year-plus of COVID-19 lockdown through new music, two new members, livestream performances and a series of drive-in concerts.

ArtsATL: When COVID-19 hit, how did Blackberry Smoke adapt to the abrupt change from being a heavily touring band to no longer being able to tour at all?

Charlie Starr: Well, there was really nothing we could do. So we started to work on some livestream-type things. But at that point, we weren’t even able to get in the same room together. It was a lot of fun just to be able to make music. But it definitely had its challenges because it was a new world. Eventually we started to do some drive-in shows as those became the new model. 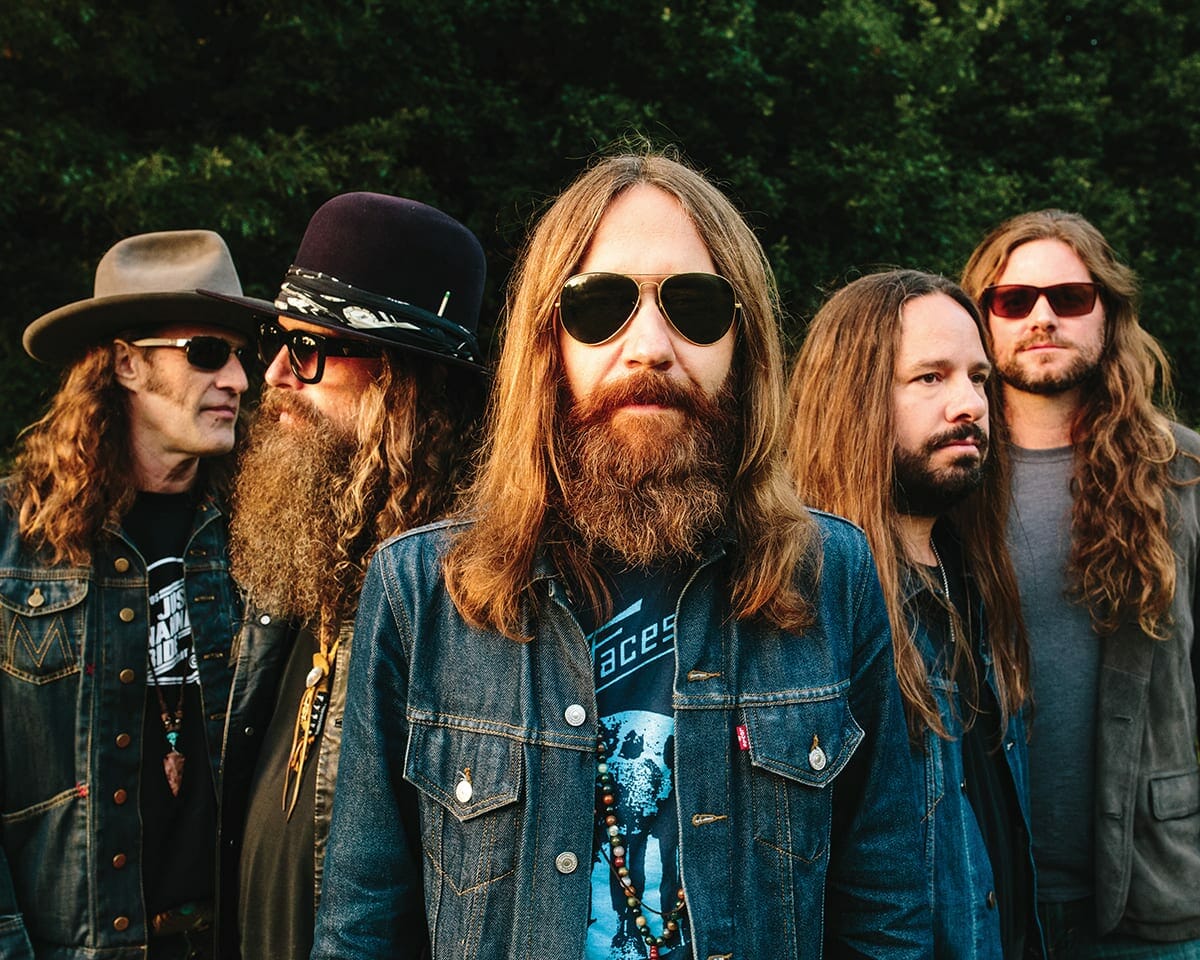 Charlie Starr (front) says the band, with two new members, is eager to be  playing in front of live audiences again. (Photo by Rob Blackham)

ArtsATL: And how were the drive-in shows?

Starr: They were odd. But they were fine. And doing them really reminded me of how much I love playing music in this band because the enjoyment really comes from playing the songs. We were so far away from the audience, which was all cars. So we’d all turn to each other and grin to each other and be like, “How weird is this?” It was the new normal for sure, at that point. But we also definitely missed the energy of our audiences. Not to say there was no energy during the livestreams from the Tabernacle and Ryman Auditorium — where there was no audience. At the drive-in shows, were people out there — they were just way out there. We missed having them close and being able to hear them, too. We still appreciated being able to hear them say, “Thank you.” Even though it seemed quite a bit downhill and far away.

Starr: It was one of those truly special things that was completely spontaneous. Capricorn called and invited us down to record, since the studio was up and running. Coincidentally, we’d been trying to come up with some ideas about promoting our summer tour, the “Spirit of the South” tour. Initially, the goal was simply to capture some cool video footage while recording some covers live for the tour. It made sense to go to the studio, where some of the songs were originally recorded. I called Jimmy (Hall) and asked if he’d want to do some Wet Willie tunes. He said, “Absolutely.” Of course, we also did some Allman Brothers, Marshall Tucker, as well as paid homage to Little Richard. It all happened in one day, without planning to put it together as a project, because we’re not a cover band. After we went into the control room and heard it, we all said, “Wow, this actually sounds great!”

ArtsATL: One of the songs was Wet Willie’s “Keep on Smilin’.” Was it as much fun to record as it appears to be by the smile on your face in the video?

Starr: Yes, that one was fantastic. Jimmy was great. And if there was ever a song that was tailor-made for COVID, it’s that one ‘cause we all gotta keep on smilin’ for sure.

ArtsATL: Did you learn anything new about yourself during the intense months of COVID?

Starr: I’m a terrible schoolteacher. Although I don’t think it was a shock. I think I already knew that, but it got fully confirmed. I previously had tons of respect for schoolteachers and now have even more.

ArtsATL: You were once quoted as saying, “I can’t be grown up on the road.” Do you think you did any growing up being off the road?

Starr: No, I don’t think so — not other than planting my vegetables, which I think is pretty grown-up (chuckles).

ArtsATL: If you were going on an extended vacation and could only take one, which guitar would you choose?

Starr: My 1956 Les Paul Jr. I bought it in 1993 from Rick Richards of the Georgia Satellites, who are just giants to me. I love it dearly. It’s been on every one of our records. I have others which are nicer, and it’s not terribly valuable. It’s been refinished, the head has broken and it’s got replacement parts. But there’s just something about that piece of wood that is really special to me. Benji (Shanks) said to me one night, “That guitar hits every note of the rainbow.” I think that describes it. I think every guitar player has that one guitar that is “the one.” 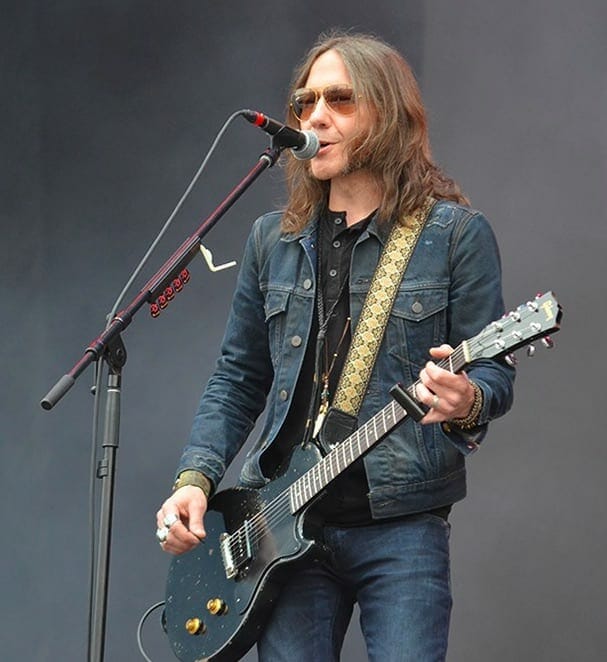 ArtsATL: Has Rick Richards ever tried to get that guitar back from you?

Starr: No. And that’s funny you ask because years ago I asked Rick if he had loved the guitar and he said he hadn’t. He had one that was very special, but it wasn’t that one. So, it’s just a very personal thing as to whichever guitar speaks to you.

Starr: It was really an easy decision. Benji’s been playing with us a long time, off and on. So having him join us was sort of inevitable. Preston came after we made Find a Light, our last album. Preston’s known Richard (Turner, bassist) since high school. He was in The Grapes, a long-running and great Atlanta jam band. He’s a great drummer. He started playing percussion on the new album and Britt (Turner, drummer) said, “I’d love to hear Preston playing percussion live with us,” not just have the percussion as an overdub as you often hear with recordings. You know all the shaky stuff you’d miss if it wasn’t there and would cause you to say, “Something’s missing.” Preston and Britt make a good team playing together.

ArtsATL: How has Blackberry Smoke been able to stay true to itself over the course of 20 years?

Starr: We’ve never worked with a major record label. So we never had anyone breathing down our collective neck, trying to make us “fit.” And, because of that, we didn’t have to hear anyone telling us, “You have to cut your hair” or “You have to play a certain kind of song, because that’s what’s popular.” We’ve always just been able to govern ourselves. When you have that freedom, it comes pretty easy.

ArtsATL: Has that freedom shaped how you write songs?

Starr: Without a doubt. I write songs based on the way I feel about writing a song. I don’t have to learn dance moves and feel like I have to put on a gorilla suit and dance in front of the car wash, and that causes me to sleep well at night. What we get to do is not forced. We’re really enjoying it. We like the records we make and we don’t feel like we sacrifice our integrity to try and step a rung higher on the ladder.

ArtsATL: I heard you explain the new album’s title song, “You Hear Georgia,” as being lyrically about those of us from the South sometimes being misunderstood and then it expanded to discord among folks in general. Was there a catalyst that sparked the need to put your thoughts to words for this song?

Starr: I was watching television one morning, drinking a cup of coffee, and I heard a fellow on the news being interviewed. He was talking with a really, really thick Southern accent. And it made me smile. I wondered whether people around the world were truly hearing what he was saying or just how he was saying it. That’s where the first line of the song, “You hear Georgia when I open my mouth / Don’t make no difference what I’m talking about,” came from. So I had that banging around in my head, and I had a guitar riff. My buddy Dave Lizmi from The Four Horsemen and I started banging these riffs back and forth, and it evolved from that. I started asking myself, “Where does it go from here? I don’t know if I can write a whole song about a Southern accent” (chuckles). But then it started to grow. I remembered movies over the years that have sort of belittled Southern people and stereotyped the Southern guy as being a toothless, inbred who is full of hate. Unfortunately, you can find that mentality almost anywhere you go in the world, but the image sometimes gets directed toward the South — which I think is incorrect and unfair.

I don’t believe everyone around the world hates the South. I don’t mean it that way. I was thinking about the things that are good about Southern culture — the things I love, like the good stories I grew up on, the music I was taught, the love I experienced with friends and family and being comforted by their goodness. Then there’s other parts of the song which are addressing the discourse in the world right now and some of the lyrics, like, “We used to go toe to toe, but my heart ain’t in no mo’,” refer to the fact I’m so tired of fighting. We really need to all stop formulating opinions by judging a book by its cover.

ArtsATL: Is there anyone who stands out for you as representing the good of the South?

Starr: Well, I had the kind of grandmother books are written about. She was just such a kind, good person who never had a single bad thing to say about one person — not one — my entire life. And she was quick to chastise me or any others for doing such. So that’s the South I’m talking about.

ArtsATL: What would you say the world needs a little more of right now?