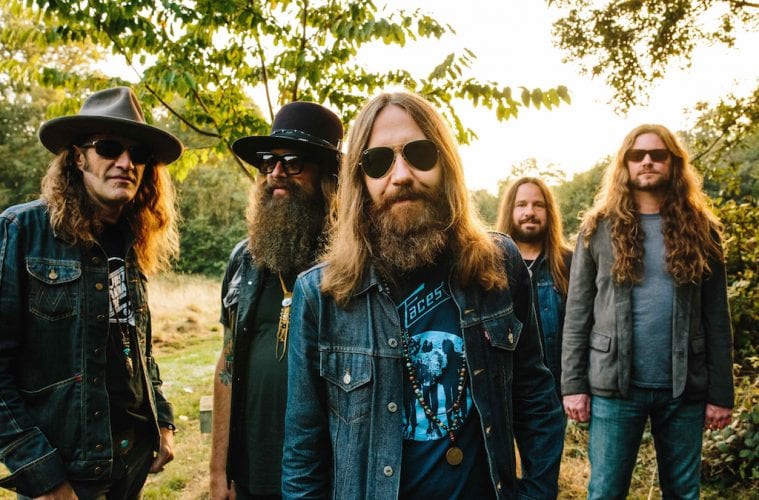 Atlanta’s Blackberry Smoke was dubbed by Rolling Stone as the “new kings of Southern rock,” and they open Saturday for one of the icons of Southern sound, Lynyrd Skynyrd, on that band’s farewell tour at Cellairis Amphitheatre at Lakewood. The band recently released its sixth studio album, Find A Light, and has an acoustic EP, The Southern Ground Sessions, set for release in October. Blackberry Smoke will also headline November 23 at the Tabernacle.

Guitarist and lead singer Charlie Starr sat down with ArtsATL to discuss the band’s place in Southern rock, his musical heroes, his most valuable music lesson and his favorite book to carry on the road.

ArtsATL: Blackberry Smoke is helping send off Southern rock legends Lynyrd Skynyrd on their farewell tour. In 2016, the band opened for Gregg Allman at his final concert at Lakewood Amphitheater. And Rolling Stone magazine has declared Blackberry Smoke as “the new kings of Southern rock.” How does the band balance the enormity of carrying that torch while also successfully carrying its own torch?

Charlie Starr: We just do what we do, and we don’t really think too much about it, because we didn’t set out to become torch bearers. The Brothers, Skynyrd, The Marshall Tucker Band and Charlie Daniels – those guys are the kings because they were the originators. If what we do reminds anybody of those greats, I’m totally honored. But we didn’t set out to be the “next” anything. Southern rock is all so varied. The Brothers were this beautiful blues, rock ’n’ roll thing and introduced a country element with “Ramblin’ Man” and “Blue Sky.” Skynyrd was sort of like redneck Rolling Stones. It’s downright complicated. So when it comes to being called the “new kings of Southern rock,” I just kinda throw my hands up and say, “I don’t know, man. But, if you like our music, that feels cool to us.” 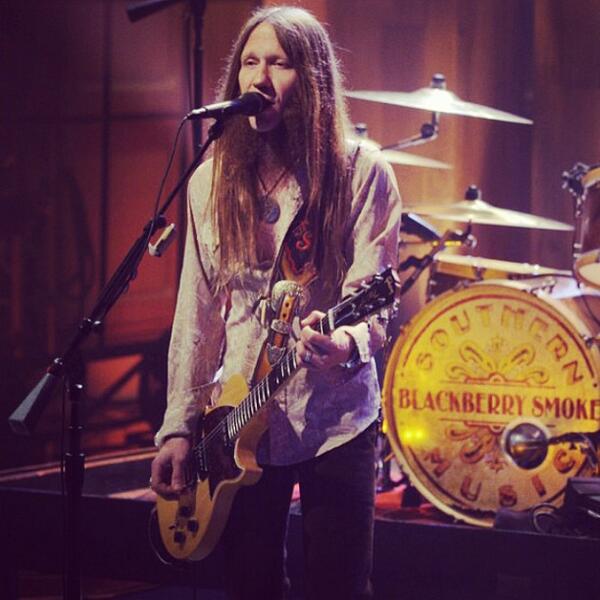 Starr is a voracious reader when the band is on the road.

ArtsATL: Who are your top five guitar heroes?

Starr: In no particular order: Billy Gibbons from ZZ Top, Duane Allman and Dickey Betts of the Allman Brothers, Joe Perry of Aerosmith and Keith Richards. It’s hard to only give five. I’ve got to add Jerry Garcia. Over the years, I’ve thought about where it is I place the importance on what I think makes a guitar player great — whether it’s skill, prowess or image, like the way Jimmy Page slung his guitar was a big thing when I was young. But what has become important to me over the years is songwriting. Like Keith Richards may not go up and just shred people’s faces off, but he’s written all the songs, and that’s why he’s the king.

ArtsATL: What sorts of things trigger inspiration for your songwriting process?

Starr: I really don’t know the answer to that question. If I knew that answer, I’d try to be around it constantly. It can definitely run the gamut from anything someone says, or from reading a book, to something I see which strikes me as profound. Or it can also be something which seems trivial. You just never know. I will say nostalgia is a powerful trigger for me, and I think a lot of lyricists would probably agree. We’re always looking backwards, often times back to childhood or growing up. And being from the Bible Belt (Alabama), I’ve written a lot of songs with religious metaphors because of my Baptist upbringing, and that’s powerful imagery. I had a conversation about that very thing with Alice Cooper several years ago. His dad was a minister, and he agreed it was powerful stuff and hard to find a more interesting topic.

ArtsATL: Share a few things — unrelated to music — which bring you great joy.

Starr: My two sons: one is 21, one is 4. I love those boys, and their momma. My family is very important to me. I also love books. I always have. I’ve always been a reader. I love how the written word can just transport you anywhere. We’re on the road a lot, and we tour Europe often. And reading can put me right back at home. I’ll take my favorites and even reread them to be closer to home when I’m away. There’s nothing like To Kill a Mockingbird to make you feel like you’re in the South. Movies are good too, but books are my favorite.

ArtsATL: What’s been your most valuable lesson in your musical career thus far?

Starr: To trust my own instincts. I’ve run into so many situations where I’d have a gut feeling and somebody would tell me, “No, that’s probably not right.” And every damn time, it turned out that my hunch was correct. It took a long time for me to decide to do it, but now I always trust my instincts — they are there for a reason. If something doesn’t feel right, I’d say there’s a one hundred percent chance it is not gonna be right; something in the cosmos is telling you something. So my best lesson has been that I learned to be a “truster of the hunch.”