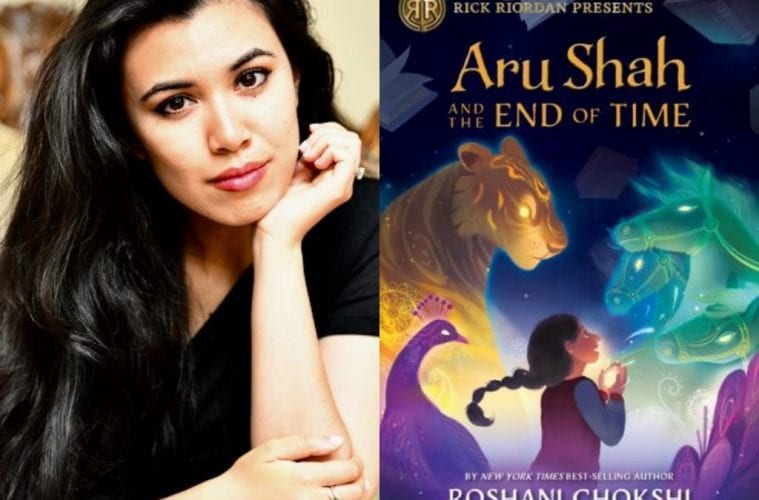 Emory grad Roshani Chokshi says the protagonist of Aru Shah and the End of Time is the strong young heroine she wished she’d had growing up. After writing a series of bestselling books for young adults, the Atlanta-based author makes her first foray into children’s books with the story of 12-year-old middle school misfit Aru Shah, who finds an ancient lamp and accidentally frees an ancient demon that could destroy the world. Chokshi brings to life the gods and goddesses of Hindu mythology through the story as Aru sets out to rescue her friends and mother.

The book, the first in the Pandava series, is set in a fictionalized museum based on Emory’s Carlos Museum. Chokshi will speak about her new book at the Carlos on September 28 at 7 p.m. Prior to the talk and book signing, Chokshi will also give a special tour of the museum’s South Asian collection to a small group of raffle winners. ArtsATL caught up with Chokshi ahead of the event.

ArtsATL: What inspired the story of Aru Shah and the End of Time?

Roshani Chokshi: I drew a lot on my sometimes funny, oftentimes mortifying experiences from middle school. In a way, we never fully leave behind our 13-year-old selves. There is always the quiet panic of “where do I sit in the cafeteria?” that haunts many of us throughout adulthood. I wanted to engage with those insecurities and celebrate those quirks and flaws, which often end up highlighting our strengths.

My upbringing in Atlanta is reflected a lot in the story. Atlanta is an incredible melting pot of cultures, and it’s the perfect setting for many of the diaspora experiences found in the book. Growing up in the South and balancing your heritage can be frustrating, especially when you don’t even feel as though you’ve found your identity. 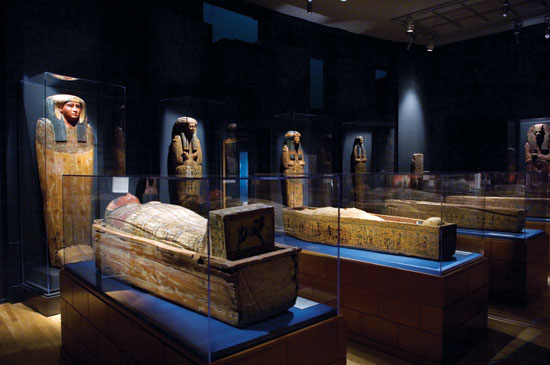 Chokshi says Emory’s Carlos Museum always seemed like a place apart from the rest of the campus. She sets her new children’s book in a fictionalized version of the museum. (Courtesy Carlos Museum)

ArtsATL: The museum in the story is based on your alma mater’s Carlos Museum. What connection did you have to the museum that compelled you to make it the setting for the story?

Chokshi: Many of my favorite courses at Emory University took place near the Carlos Museum. It’s a beautiful, small museum that often felt separate from the campus despite being on the quadrangle. There were many afternoons where I wandered through the exhibits just to get away from my own thoughts and live in a different space. I often wander through museums to find inspiration in general. Each of those objects has a story and history.

If you think about it, many of those objects are orphaned relics of time, seized during periods of colonialism. I wanted Aru to constantly have a connection to relics and history. As a product of diaspora, our stories are our greatest relics. They are passed down, carried overseas, and can lose their shape in the passage. But the heart is the same.

ArtsATL: You focused on friendship throughout the story with Aru and Mimi. Why was it important to incorporate this into the story?

Chokshi: I was lucky in my childhood and throughout adulthood to develop strong female friendships. My friends are my sisters. I think it’s important for young women not to feel pitted against one another because the world will so easily do that for you. Friendship is the core of the book series.

ArtsATL: Did you study Hindu mythology growing up, or did you dive into it as you were writing the book?

Chokshi: I never formally studied mythology. But I heard it every day from my grandmother. The stories from mythology gave texture to my childhood. I did do some research as I was writing the series mostly to get a sense of where variations of the myths frequently diverged. My favorite deity would have to be Manasa, often revered as a folk goddess of mixed lineage who fought to be worshiped. She is the goddess of serpents.

ArtsATL: How do you hope your mixed-background protagonist will resonate with children as well as introduce them to Hindu mythology?

Chokshi: I hope that my stories show that we have more similarities than differences and that we should celebrate the stories that connect us rather than divide us. I want young, Asian children to see themselves as the heroes and heroines, and not just the nerdy sidekick friend with hyper strict parents who will never get the girl/guy/slay the demon/realize they’re a demigod/Chosen One.

As for instructing someone on mythology, that’s not my aim. There is a danger in treating people of color as monoliths and assuming that one voice speaks for all. It’s impossible for my understanding of Hindu mythology to encapsulate every person’s experience. My goal is merely to introduce readers to stories they may not be familiar with and hope that it sparks their imagination and curiosity to discover more.