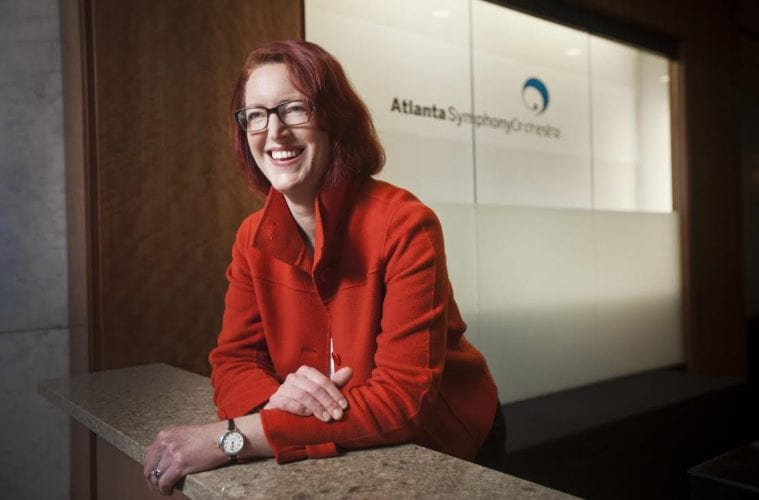 Atlanta Symphony chief Jennifer Barlament on the future of the orchestra

What a difference a few years and new leadership can make.

When Jennifer Barlament was named executive director of the Atlanta Symphony Orchestra in 2016, it was at a low point in the organization’s history. The symphony was coming off nearly a decade of deficit spending that put it into a financial hole and had just endured a bitter and protracted lockout of its musicians that delayed the start of the 2014–15 season and led to her predecessor’s resignation.

This year, the orchestra and its musicians quietly reached a new three-year deal months ahead of the new season. The symphony has stabilized financially and begun the process of finding a new music director to replace the retiring Robert Spano.

Barlament, who earned a bachelor’s degree in music from Emory University (where she was a student of ASO principal clarinetist Laura Ardan), recently sat down with ArtsATL to discuss the state of the Atlanta Symphony and her thoughts on the orchestra’s future direction as the organization launches its search for Spano’s successor. 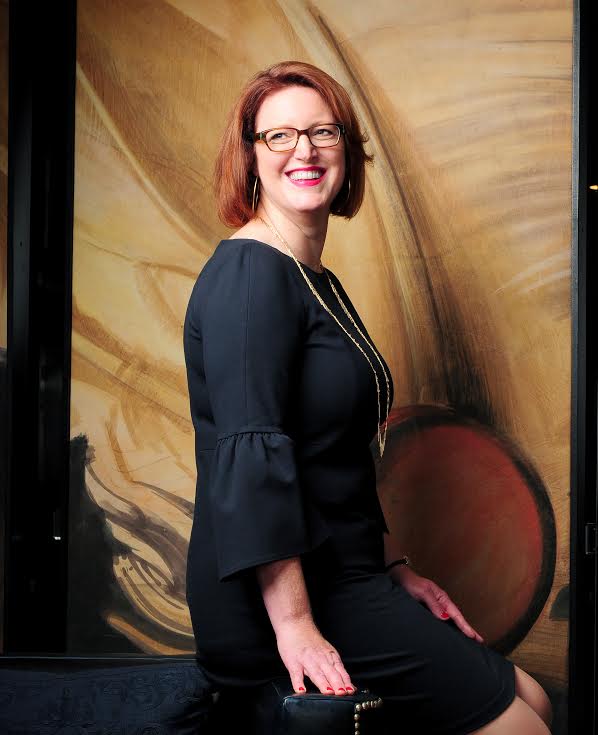 Barlament’s Atlanta ties go back to her undergraduate studies at Emory University.

ArtsATL: With a harmonious three-year extension of the musicians’ contract in place, and Robert Spano’s announcement that he will step down as music director at the end of the 2020–21 season, this seems a good time to look at the current status of the Atlanta Symphony Orchestra and how it will evolve over the next three years. That will take us through both the end of the players’ contract and Robert’s term. The orchestra as a whole seems both financially and artistically stable, and yet the three-year marker promises potentials for major artistic and strategic changes. How will this all play out?

Jennifer Barlament: There a lot of things there in play at the same time, which is actually a really kind of a great and interesting spot to be in. I would describe us now as being in a relatively stable space but also a very creative space, where we have good relationships, a good contract in place, good operations and we’re in the midst of a strategic planning process that will help us drive the direction for the next five years.

We’re in the midst of the music director search that will have a big impact upon the institution for perhaps the next decade. All of that together means that rather than just managing within an existing framework, we get to work together as partners with our musicians and the board to be creative about what we want to look like in the next 10 years. The thing that’s really exciting is the level of optimism, enthusiasm and unified vision behind it, not just to keep the Atlanta Symphony’s very high level artistic trajectory moving forward, but also that we fundamentally rethink the way we relate to the community.

ArtsATL: Are there specific ideas being explored that you can talk about?

Barlament: We’ve had a few recent experiments around what this could look like in the future. One is the whole concept of sharing the world class art of the Atlanta Symphony Orchestra with a broad public. In the past few years, we started playing concerts to tens of thousands of people in Piedmont Park again — a real signature event. Earlier this spring, we took our concert with Yo-Yo Ma, and rather than just keeping it limited to 1,700 people that might be lucky enough to experience that concert in Symphony Hall, we simulcast it onto the wall of the High Museum out in the piazza. That has a really great message: we’re both creating really high-quality art and making great music with the best artists in the world, and we’re doing it for a broader and broader segment of the public.

We’re going to repeat that experiment next week with Lang Lang, the Chinese pianist, who gave us permission not just to simulcast the concert on the piazza, but to also send it through a few different outlets via Live Stream. We also are taking one of our youth concerts and in a partnership with Georgia Public Broadcasting, we’re making that available to young people across the state on their network and also adding content around it that gives insight into the musicians and artists behind the program planning. It’s all about taking what we do and sharing it with more people.

ArtsATL: What can you can say about the process for the search for a new music director?

Barlament: There’s not much that I can divulge aside from the fact that it tends to take a while. I wasn’t here the last time we went through a music director search process, but I would guess the conversations we are having at this time are different. We are talking about and focusing on different things than we were before. I would say making sure that the direction we choose is one that feeds our relationship with this community is incredibly important. That doesn’t necessarily mean at all that we’re lowering artistic standards; it’s about looking for someone who can both challenge the orchestra as a whole and challenge individual members to grow artistically, and also challenge and excite the community to greater and greater levels. 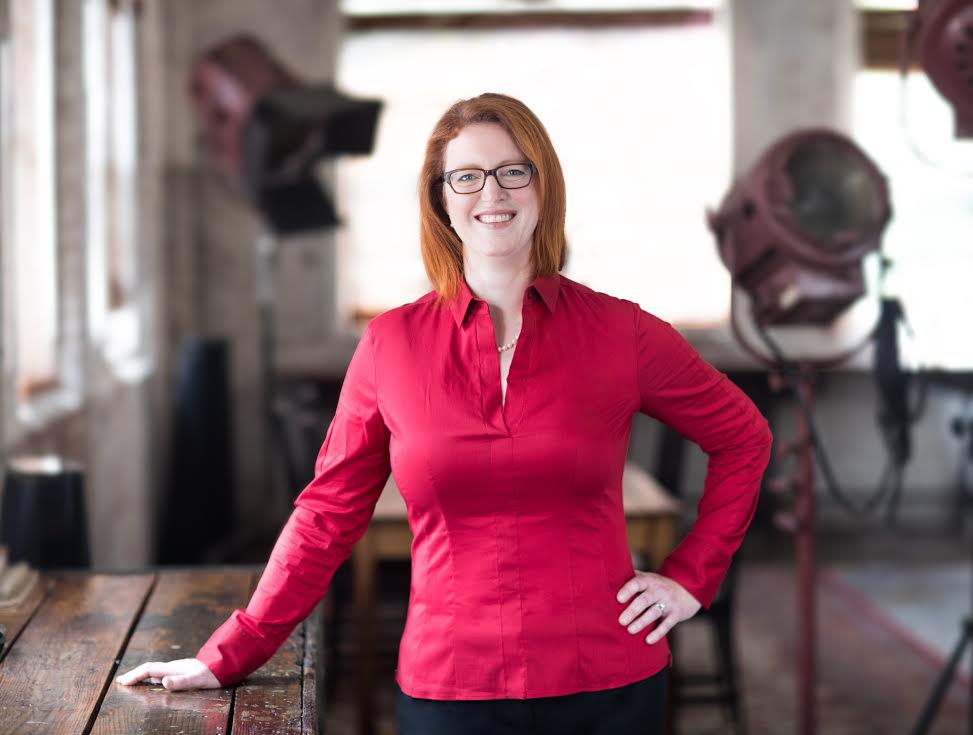 Barlament: Yes. Atlanta is a very young city in terms of people’s tenures as Atlantans and also a much more diverse place in terms of where people live. We see our position as an orchestra as a really fortunate one because we both have our home venue in what couldn’t have been a better neighborhood, but also we’re an orchestra that is an incredibly flexible and mobile ensemble. In order to play in another place, pretty much all we really have to do is pack up the truck, hop on the bus and go. What we’ve found is that when you go to where young people hang out, they show up. There’s this piece of thinking around context: if we play our music in a different context, if it’s surprising, a place we haven’t been before and some place creative, we gain relationships from that. A different group of people will show up if we show up on their doorstep, rather than at the Arts Center. Part of our goal is to diversify our performing venues so that we can meet new people on a regular basis.

ArtsATL: What are the ASO’s plans for the next three to five years?

Barlament: The next three years have some big things on the horizon. This season we’re finishing up our second season of the Leonard Bernstein celebration, placing his music in juxtaposition alongside Beethoven. The next season is our 75th anniversary. I don’t want to let too many cats out of the bag, but there’s some pretty heavy and exciting programs that season that will both celebrate the legacy of the orchestra and also point toward the future.

The 2020–21 season will be Robert’s final one, and we’ll really focus on celebrating his tenure and his leadership, especially the way its biggest contribution has been the addition of a very specific kind of contemporary repertoire through the Atlanta Symphony Orchestra. He singlehandedly championed the public enjoyment of contemporary orchestral repertoire, and he’s done that by focusing on music that really speaks to people today. We’ll be working on that for the 2020–21 season as well as visiting highlights of the orchestral repertoire that he’s especially passionate about.

These seasons will be celebrations of the past but also signposts for the future. This strategic playing process will help us figure out what’s beyond that, but one of the things that unquestionably we’ll be doing is looking at the full season of the Atlanta Symphony Orchestra and thinking about: what are our values, who are we trying to serve, who do we exist for? We are recalibrating our commitment of time and our most valuable resources toward those goals.