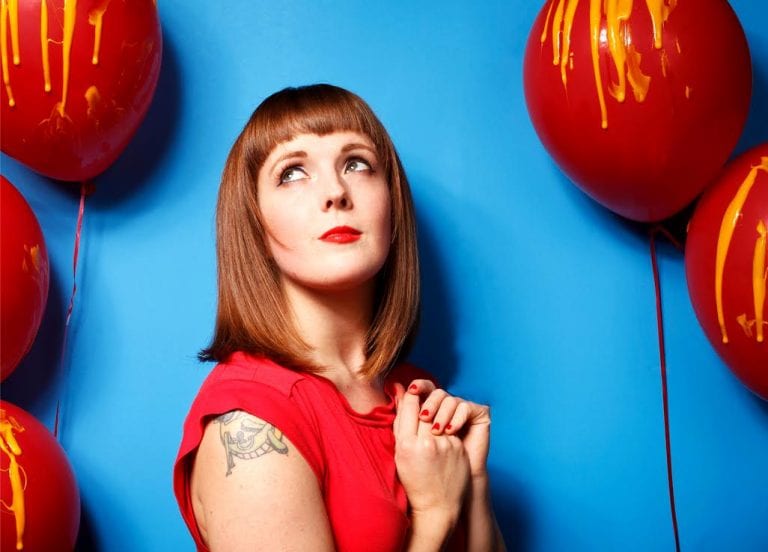 Adron has been writing songs and performing music since she was 14, when she first sang in a coffee shop. By age 16, Adron — born Adrienne McCann — was playing at such notable local venues as Eddie’s Attic. At 19, she recorded her first, self-titled album, released in 2008, and moved to New York shortly after, where she resided and worked for two years. Her love of Atlanta and her loyal local fan base drew her back home, where she has lived ever since. Now, coinciding with the release of her new album, Water Music, the singer is getting ready to make another big move, this time to Los Angeles.

Water Music will be celebrated with a release party at Terminal West on Thursday before Adron departs for the City of Angels. Her next Atlanta appearance after that will be at City Winery on October 3, opening for Nashville singer-songwriter Lera Lynn. Only a few days later, Adron kicks off her own fall tour, hitting the road through the South and Midwest mostly but also making a stop in New York.

ArtsATL caught up with the busy Adron for a conversation over coffee about her music-making, new album release and her upcoming move to Los Angeles. 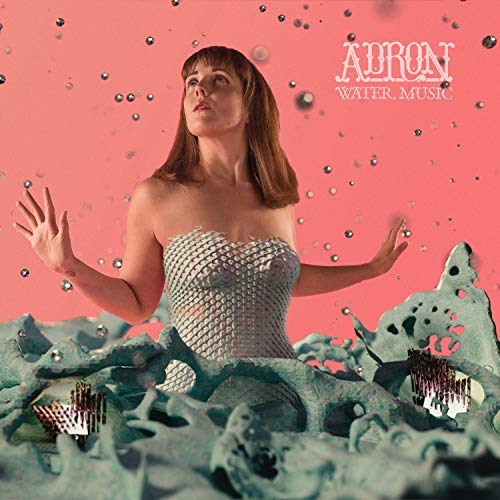 ArtsATL: Who have been the top influences on your musical and personal styles?

Adron: I always knew that I wanted to be some kind of a performing songwriter musician, singing, playing in front of people, rock ’n’ roll kind of thing, from around four or five when I saw the The Beatles’ movie A Hard Day’s Night. I didn’t really even understand what the heck was going on, but I knew, somehow, “That’s what I’m going to be. I don’t know what it is, but I’m gonna do that.” So, obviously, The Beatles are one of my greatest influences.

ArtsATL: How about your guitar playing and songwriting?

Adron: I started playing guitar when I was 12. It felt very natural to me, and I started writing songs pretty much immediately. When I was 14, I discovered the music of Caetano Veloso and Os Mutantes, Brazilian musicians who are founding members of the Tropicalia movement — it takes bossa nova and other traditional Brazilian song forms and mashes them with Jimi Hendrix. It’s completely beautiful and wild, and it absolutely blew my mind. There’s also a guitarist named Luiz Bonfá who I will put in my top influences for sure, a bossa nova guitarist who is one of the great geniuses ever. I continue to be intensely interested in and influenced by Brazilian sounds.

ArtsATL: What has influenced your singing?

Adron: I’ve always been singing. I cannot remember a time when I was not singing. It’s my favorite thing in the whole world to do. It feels good, and it seems to be the purest way that I can possibly express myself. Of all the things that I do, I think maybe I would most want to be remembered as a singer. I learn from imitating. One of my early influences was Lata Mangeshkar, who is a super badass Bollywood singer with a totally insane acrobatic voice. Nowadays another singer who influences the crap out of me is Phoebe Snow. Her self-titled album from 1974 was super life-changing for me.

ArtsATL: Your new album, Water Music, which was some six years in the making, finally comes out this month, and the release party is Thursday at Terminal West. Does reaching that milestone give you a special feeling of accomplishment?

Adron: That is truly my graduation party, finally sharing the music, performing the music, kind of closing the book on this crazy summer, which has just been incredibly, positively challenging in the most intense way for me. I’m really excited for that show and will be selling physical copies of Water Music at the show. I’ll sign them all. It’s going to be precious. I’m probably going to cry because it will be my last Atlanta show as a resident, and then I’m going to move to L.A. a week and a half after that. I’m going to be completely frantic getting ready for my biggest show ever, and then packing and getting two cats ready to make a cross-country drive.

ArtsATL: Now that you’re headed out to Los Angeles, what do you hope that will do for you?

Adron: I certainly feel I’m ready for a big change. I’ve been going to Los Angeles to visit quite a lot lately because I recently fell in love with a person who lives there and am falling in love with that city at the same time. I really do love it. It’s very strange, very big. There’s a lot about it that’s ugly and unpleasant, but even those aspects of it are fascinating to me. I’m fascinated by the kind of shallow celebrity culture that is out there, but I’m also fascinated and charmed by so much that’s just authentic and real and funky and gritty human life, and food that’s incredible. The Water Music album is very much ocean-centric, and many of the songs are themed around aquatic fantasies. There’s a song on there that’s really kind of a love letter to the ocean, so living next to the ocean is something I’ve never experienced and just seems absolutely mind-blowing to me.

What I kind of hope to gain besides just enjoying a new environment? Obviously I have creative and professional ambitions. I feel as if everyone who ends up there does. From what I hear from people who live in L.A., when you are active and available to the creative scene there, you make friends and find opportunities quickly. It seems I’m so bustling and so busy and there’s so much going on, it’s impossible to not fall into opportunities, friendships and musical alliances, so I’m really looking forward to that.