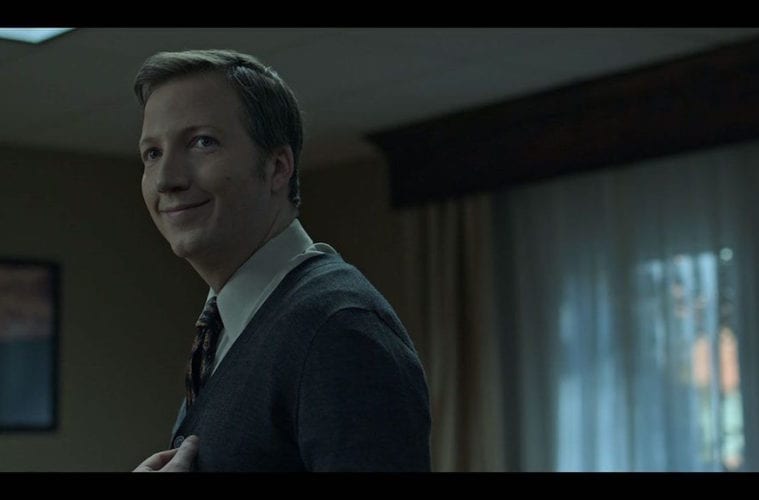 Some may recognize Kevin L. Johnson from his roles on The Resident and One Tree Hill, though you most likely know him from his portrayal of Sam Dermody on the Atlanta-filmed hit Netflix show Ozark.

Sam has undergone quite the character arc on the show. Beginning as a mild-mannered real estate agent, Johnson reprised the role in its second season as the owner of the local strip club. Few details have been released about the Ozark’s upcoming third season, rumored to be released late summer/early fall, but ARTS ATL recently caught up with the Atlanta-based actor as audiences eagerly await the show’s return.

Read on for Johnson’s thoughts on playing Sam Dermody and on the rewarding experience of seeing a character develop as the plot of a hit show thickens.

ARTS ATL: How did you first come to acting?

Kevin L. Johnson: I got into it in college. I wanted to do something different and break out of my shell, so I auditioned for one of the first plays of the semester at Clemson. I didn’t get a role, but I enjoyed the process and got to work backstage with the crew. I made a lot of friends that way, and then I started signing up for acting classes the next semester and auditioned for the next big play. It was a musical, and I got the only part that didn’t sing.

ARTS ATL: And what was your first audition like?

Johnson: My first audition was for a play called The Heidi Chronicles. I didn’t know what a cold read was or any of those kinds of things, so when I did that, it was a whole new animal.

ARTS ATL: What’s it been like playing Sam Dermody on Ozark for the past two seasons?

Johnson: It’s the first time that I’ve gotten to have a character arc, so that has been really cool to see. A lot of Sam is Kevin. I’m a fun, nice guy, and he’s a little on the naïve side, but he’s a good person. So it’s kind of easy to tap into his feelings and anxieties. It’s fun to see him progress as the seasons go on.

ARTS ATL: What drew you to his character?

Johnson: When I read for the audition for Sam, I taped it and sent it in, and they didn’t even have a callback. They booked me from the tape. I felt like I could totally play this guy. He’s right up my wheelhouse. And I think they saw what I brought when I came on the set the first time and kind of created from my personality to make Sam. So it’s easy to play Sam right now.

ARTS ATL: Any particular methods for getting into character to play Sam?

Johnson: I usually just tap into past situations. There are a lot of times when I use my own emotional memory.

ARTS ATL: How has playing this character amidst Atlanta’s growing film industry impacted you and the show? How did Georgia as the backdrop influence the story?

I know people who have seen [Ozark] have assumed it was shot in the Ozarks. I think Atlanta has been able to bring that to life, to really bring the story to life.

ARTS ATL: What do you think it is that makes working within the city’s film industry special or different?

Johnson: Atlanta tries to hire more locals because it’s in the tax incentive. They have to hire a certain amount of people for those projects. Anything on TV right now is pretty much shot here, so you get to see a lot of local actors. I like to think we support each other a lot too. There are a lot of things happening here right now, and I think it’s only going to get bigger.

ARTS ATL: Do you have any projects on the horizon we should keep an eye out for?

Johnson: I do have Jacob’s Ladder coming out this year. It’s a remake of the movie from the ’90s with Tim Robbins. It’s more of a modern version. It’s a drama/thriller film, so I’m excited for it to come out.