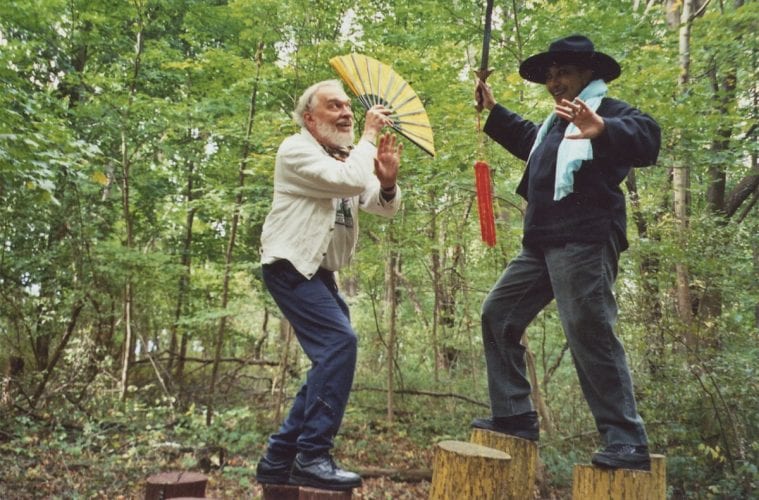 A culture remembers what it values, and vice versa. An exhibition of materials from the Billops-Hatch Collection — Still Raising Hell: The Art, Activism, and Archives of Camille Billops and James V. Hatch — on view in the Robert W. Woodruff Library at Emory, from September 15, 2016 through May 14, 2017, explores two individuals’ half-century-long effort to revalue, remember, and celebrate Black American culture.

According to the exhibition’s catalog, when the valorization of African-Americans began in earnest in the civil rights era, students started to seek out resources for the study of Black culture. “Billops and Hatch soon realized that little had been published about the history of African-Americans in the arts and that some materials were out of print and not readily available.” Generally, this and absence resulted from the pervasive devaluing or marginalization of the cultural products of Black Americans: from outright suppression (during the slavery era) to “ethnological” categorization as “African” to basic exclusion from the canon as equals.

In the early 1970s Camille Billops and James Hatch, both professors at City College of New York, began to collect books, play scripts, photographs, oral histories, exhibition catalogs, posters, artwork and other objects of Black culture specifically to answer this need. Their work became the Billops-Hatch Collection, whose purpose was:

Four decades after Hatch and Billops began their work, The Stuart A. Rose Manuscript, Archives and Rare Book Library at Emory University arranged to acquire the collection. Formerly a destination for art collectors and friends to African-American culture, the collection is now better positioned as a resource for scholars. As part of its agreement to purchase the collection in its entirety, Emory also agreed to set up a permanent fellowship and to continue to grow the collection. 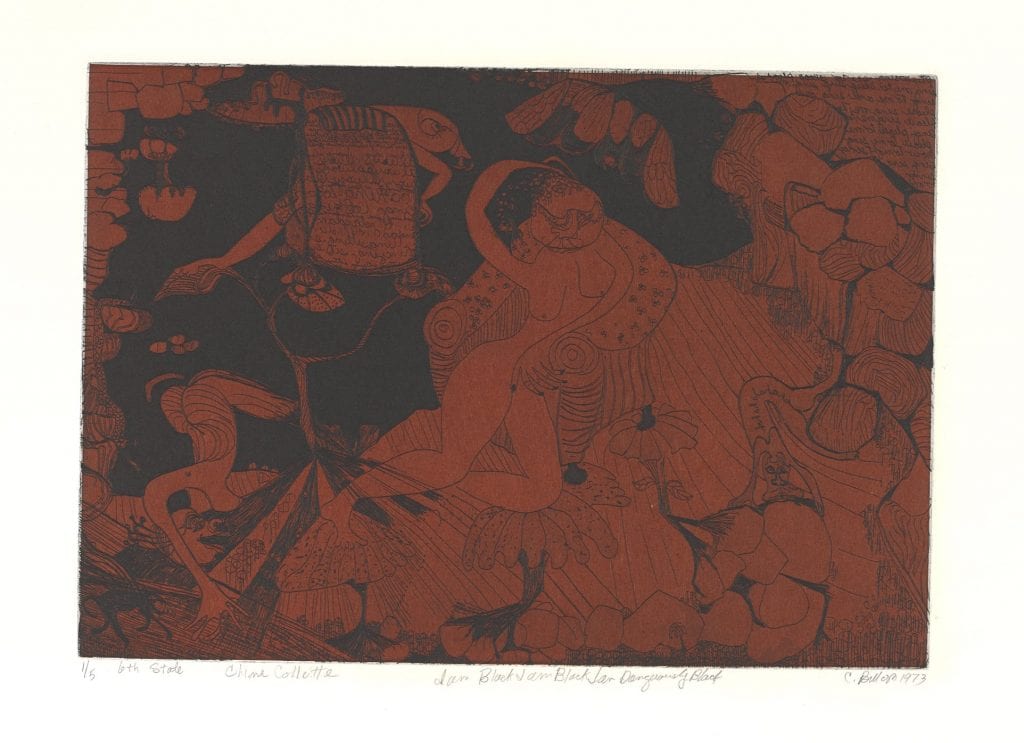 The content of the collection grew up organically: through friends and personal connections, rather than via institutional, academic or strictly professional reference points. This structure suits Hatch and Billops’ fiercely anti-institutional approach — Billops emphasized that their work “was done without the approval of the modern day ‘Medicis’,” referring to the present-day overlords of the art world who deign accept (or bar the gates against entry) into the so-called “canon” of Western culture.

Thus the pairs’ archiving was intentionally a kind of activism. Archivists call attention to the importance of what they collect to the general public: if something is worth saving, it must also be worth something in itself, and worth telling others about.

The need for “archiving as activism” becomes obvious when one realizes that culture is curated not only (or at all) based on “artistic quality” but also from the decisions of those with the power to define it. Political power requires control of meaning. “There is no political power without control of the archive, if not of memory.” So, the Billops-Hatch archive materials sketches questions about the canon and political power, often by broad strokes.

More specifically, by gathering cultural evidence of Black America the collection is fuel for the struggle toward social equality. In a letter to Time magazine (Mar. 17, 1997) John W. Carlin, Archivist of the United States wrote that “everyone should understand the role of the records in establishing and legitimizing identities and liberties.” Records reveal pervasive injustices (“archives have an enduring power to hold [a] regime accountable”) and by their often routine, purportedly neutral quality make them particularly persuasive evidence.

Billops and Hatch were not only passive collectors, but also active agents in exposing Black culture. From 1981-1999, the pair published the journal Artist and Influence, which featured interviews with African-American artists, art historians, filmmakers and writers; of the more than 1,500 interviews they conducted,over 400 appeared in print. The full run of the publication is in the Billops-Hatch Collection. Hatch, a well-respected, trailblazing scholar of African-American theater, amassed hundreds of play scripts, building an invaluable resource. Through his scholarly work, and his active staging of plays nationally and internationally, Hatch has for five decades presented a formerly hidden or marginalized art to a wider public.

The collection includes a rather substantial number of works created by Billops: both graphic materials made in connection with Black arts and her own paintings, sculpture and films. 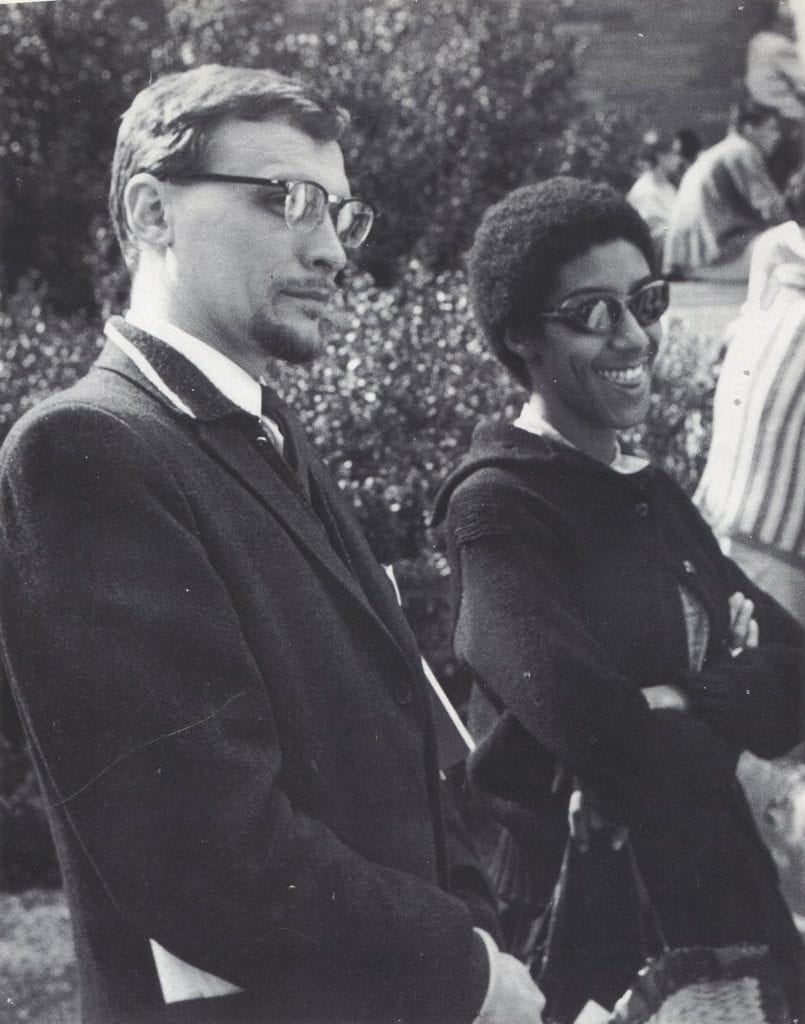 Although Black cultural arts had received little attention from major art institutions prior to the 1960s, many sustained and substantial efforts by earlier champions set the stage for Billops and Hatch’s project: Howard University, W.E.B. DuBois, the Harlem Renaissance, Langston Hughes, Nina Simone amongst many others show that the project of recovering the identity of Black culture spreads out over the past century and a half. The evidence that the Billops-Hatch material preserves is the shift away from what DuBois described in 1903 as a “double-consciousness, [a] sense of always looking at one’s self through the eyes of others.” Hatch and Billops, through their archival work, seek to show what only became truly possible following the 1960s: African-Americans looking at themselves through their own plays, artwork and words; to make visible the Invisible Man that Black culture was.

The acquisition of the collection by Emory raises a question: for individuals motivated by rejection from the canon, what does it feel like for their lives’ work to become part of it?

While the Billops-Hatch Collection was initiated to serve and preserve African-American culture, it is crucial to recognize the deep interconnection between that culture and the one that for so long kept it in the shadows. The historian C. Vann Woodward wrote in 1969 in “Clio with Soul” (Journal of American History 56, 1969), “So far as their culture is concerned, all Americans are part Negro.” African-American culture permeates American art from the country’s earliest days, and continues to do so. In this sense, the Billops-Hatch Collection is a significant act and archive for understanding all of American culture in the late 20th century, both by its preservation of voices and by the efforts to quiet them.