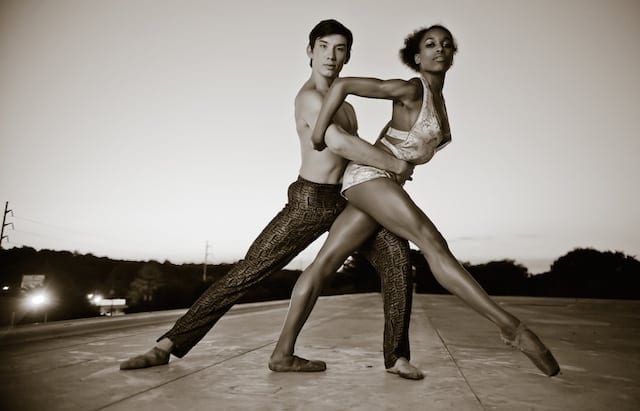 Dance coverage has shrunk in the mainstream media over the past 20 years. (Photo by Jonah Hooper)

Fifty dollars was the going rate in 2006, when an editor at Movement Research Performance Journal asked Elizabeth Zimmer, a senior editor at the Village Voice, if she’d be willing to do a project for the semi-annual publication. Zimmer replied that for $50, she wouldn’t do a research project but was willing to write about what was on her mind.

The resulting essay, “The Crisis in Criticism: The Economy, the Internet and the Death of Dance Writing,” detailed how the Internet and a changing economy has caused the print media to collapse and redefine itself, with disastrous effects on dance criticism and concert dance. Zimmer emailed her essay to Trajal Harrell, the journal’s editor in chief. A few days later, Zimmer became the personification of her thesis when she was laid off from the Village Voice.

That essay has since become one of the most widely read articles on its subject. Zimmer explains how declining ad, newsstand and subscription revenues have caused newspapers and magazines across the country to reduce arts coverage and lay off critics. Few dance writers still have a major print publication’s broad readership or authoritative platform. Since online media outlets have proliferated, Zimmer said, it seems that “everybody’s a critic.”

Zimmer will speak to these and other issues in a public conversation, “Dance Writing in the Digital Age.” Presented in partnership with ArtsATL, the Rialto Center for the Arts and Kennesaw State University Department of Dance, the event, which is free, will be held Thursday, April 16, at 6:30 p.m. at the Rialto. A reception will follow.

Topics will include the state of criticism and its synergistic relationship with education and performance, as well as the value of dance writing to presenting organizations such as the Rialto. ArtsATL dance editor Cynthia Bond Perry and KSU dance professor Daniel Gwirtzman will join the discussion.

The open conversation is a community outreach component of Zimmer’s six-day residency at KSU, where she will help adjudicate concerts during the university’s second annual high school dance festival and will teach in Gwirtzman’s improvisation classes.

Ivan Pulinkala, chair of the KSU Department of Dance, explained that the impetus behind the residency came from his dance department’s mission not only to train professional dancers, but to also develop “artist-scholars” who understand and appreciate the role of dance criticism within the arts ecosystem.

He hopes the open conversation will show local dance practitioners how important dance criticism is for a healthy dance community. “Everyone reads ArtsATL,” Pulinkala said. “But often we tend, as practitioners, not to recognize that dance writing is an art form unto itself.”

Zimmer’s story exemplifies how print media has shown similar lack of vision, and why online sources like ArtsATL are vital to arts communities. Smaller troupes such as Decatur’s CORE, shown here rehearsing for a Valentine’s Day performance, are often overlooked due to decreased print media coverage.

As a result of the pull-back in print coverage, artists have lost that connection to potential new audiences at a time when multiplying media and entertainment sources are competing for people’s attention. Audiences are shrinking, and the lack of critical review makes it harder for artists to prove their worth to funders.

A number of respected New York–based dance critics, whose expertise and authority once chronicled the progress of dance, have increasingly found themselves working in a milieu of amateur and low-paid freelancers. Dance writing is now more of an avocation than a substantial career.

In 1988, Zimmer had 15 years freelance experience writing about dance for print and broadcast media. Hired by the Los Angeles Herald-Examiner, she became one of 10 full-time dance critics in the country. Then the Herald-Examiner folded, bringing that number down to nine. After a stint with a nonprofit organization in San Francisco, Zimmer became a senior editor at the Village Voice in 1992, handling a range of body-related subjects in addition to dance.

The job was ideal. Essentially, the Voice paid Zimmer to immerse herself in the New York dance scene, working with respected dance critics, assigning stories and editing a 12-page annual dance supplement. She attended festivals across Europe and the U.S., and taught workshops in universities around the country and in Taiwan.

Over the past 20 years, cost-cutting measures have caused the Voice’s dance coverage to shrink to a trickle. Space devoted to dance was reduced from roughly 2,400 words a week to about 675 words every three weeks. The annual dance supplement went from 12 pages to two and then was eliminated in 2004. Zimmer picked up freelance work at the Philadelphia Inquirer and edited a book on dance and film. In 2005, the Village Voice was sold to New Times Media, a company with offices in Phoenix and Denver. Just after Zimmer wrote “The Crisis in Criticism” in 2006, a company representative flew in from Denver and laid off Zimmer and nine of her colleagues in one fell swoop.

Longtime dance critic Deborah Jowitt was forced out in 2011. Soon after, the Voice’s dance coverage was discontinued. There is now one full-time dance critic in the United States, Alastair Macaulay at the New York Times.

Zimmer has since written reviews for New York’s Metro newspaper. She edits manuscripts and teaches at Hollins University’s low-residency MFA program, while offering workshops at universities and conferences around the country.

Atlanta’s arts criticism story has a similar feel, but its outcome is promising. In April 2009, the Atlanta Journal-Constitution announced that 74 of its newsroom staff would take voluntary buyouts, part of a series of three buyout initiatives that began in 2007. Among the staffers who left the paper were arts critics Catherine Fox and Pierre Ruhe, who launched the website ArtsCriticATL.

Now called ArtsATL, the site has grown into a viable nonprofit organization devoted to covering the arts in Atlanta and currently draws an average of 108,300 page views per month.

Zimmer said Atlanta is one of few cities with a successful nonprofit arts website, and the future of dance criticism will be part of the conversation at the Rialto. “We will pay attention to the relationship between writing and dance,” she said. “We’ll also contemplate ways to engage the public with an art form that is evanescent, sometimes mysterious, and similarly endangered.”