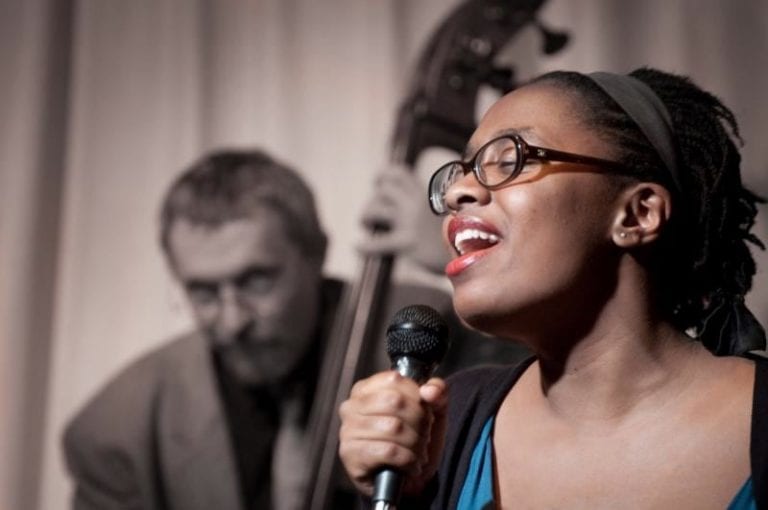 The Atlanta Jazz Festival is back in Piedmont Park this weekend, for the third year since returning there after the drought and financial issues forced the annual event to alternative venues around the city. While jazz once filled the bill, in recent years the festival has become more inclusive, incorporating more R&B and smooth-jazz acts.

It’s worth coming to Piedmont Park this weekend just to hang out — the weather is predicted to be much, much better than at the recent Shaky Knees Festival, which was drenched in rain. In fact, the city’s Office of Cultural Affairs, which hosts the three-day festival, has been pitching the communal experience of fun in the park almost as much as the music itself. But there’s plenty of jazz if you know where to look; some of the best acts have been tucked away on the smaller International Stage.

I’ve combed the festival schedule for the best jazz to come this weekend. Here are five acts, in order of appearance, who in my view shouldn’t be missed.

Before backing up vocalist Cecile McLorin Salvant later in the day, pianist Diehl and his band will delve through selections from his latest CD release as a band leader, “The Bespoke Man’s Narrative,” in this headlining slot. With Diehl, who was introduced to the jazz world by trumpeter Wynton Marsalis, as the star attraction, you’ll get to hear his advanced compositional sensibility and improvisational antics. For a full picture of this exciting, dynamic performer, contrast this set with his playing while accompanying McLorin Salvant.

A winner of the Thelonious Monk Competition in 2010 (other past winners appearing at the festival include Ambrose Akinmusire and Gretchen Parlato), McLorin Salvant is a vocalist poised for a huge breakout. If she comes back next year, she’ll be playing the Main Stage in a coveted headlining spot. Her debut CD, “Woman Child,” out on Mack Avenue Records next week, showcases a singer who has studied storied jazz vocalists and taken aspects of each to develop a familiar yet unique grain to her voice. She is much more than the sum of her parts, and she is without doubt one of the must-see performers this year.

In trumpeter Akinmusire’s “Confessions to My Unborn Daughter,” a short unaccompanied trumpet theme evolves into an exercise in trumpet acrobatics before coming back down to ballad level. This introduction, moving through a range of emotions in a small, compact space without the support of a backing band, showed that he’s capable of more than simply flashy playing. The tune appeared on Akinmusire’s much-discussed Blue Note debut album, “When the Heart Emerges Glistening,” a thrilling and wonderful collection from an emerging trumpet voice. It will be a treat to hear the directions his music has taken since that recording.

Get ready for quite a ride. Saxophonist Mahanthappa brings his Gamak band — blending funk, avant-garde, swing and world music — to the festival. His recent disc with that group is full of surprises and rewarding music. And as a technician, Mahanthappa ranks among the top saxophonists on the scene today.

Alto saxophonist Zenon, who brings a Latin jazz flavor to the International Stage, will release his latest CD, “Oye: Live in Puerto Rico,” next week. He has a much brighter tone than Mahanthappa’s, and throughout the disc he pushes out vertiginous runs of 16th notes atop medium-tempo and uptempo grooves. His light sound fits the grain of the Latin jazz tunes perfectly, but he’s equally at home playing more straight-ahead jazz. Zenon will perform with his long-standing band of pianist Luis Perdomo, drummer Henry Cole and bassist Hans Glawischnig.

JACOB DEATON AND THE TRIBULATION BAND

Sure, you should definitely come out and support the Rialto Jazz for Kids band and all the other school bands starting at 3 p.m. each day, but to really get a flavor of where Atlanta jazz is heading, check out Jacob Deaton. The workhorse guitarist will play with his Tribulation Band: pianist Nick Rosen, alto saxophonist Akeem Marable, drummer Justin Chesarek and omnipresent bassist Craig Shaw. Deaton is one of the standouts of the new generation of Atlanta jazz artists, not only for his gig as a member of Indie Revenge but for his work promoting local jazz. Yes, we’ve written about him a lot here at ArtsATL, but just go see him. You’ll be glad you did.

Those who have speedy transportation and can make it from Buckhead to Piedmont Park before Deaton takes the stage at 5 might want to check out budding bassist Sommer’s recital at Trinity Presbyterian Church. Sommer, who’ll attend Juilliard in the fall, has assembled some of the best local musicians — saxophonist Sam Skelton, pianist Kevin Bales and drummer Kinah Boto — for an hour of music.