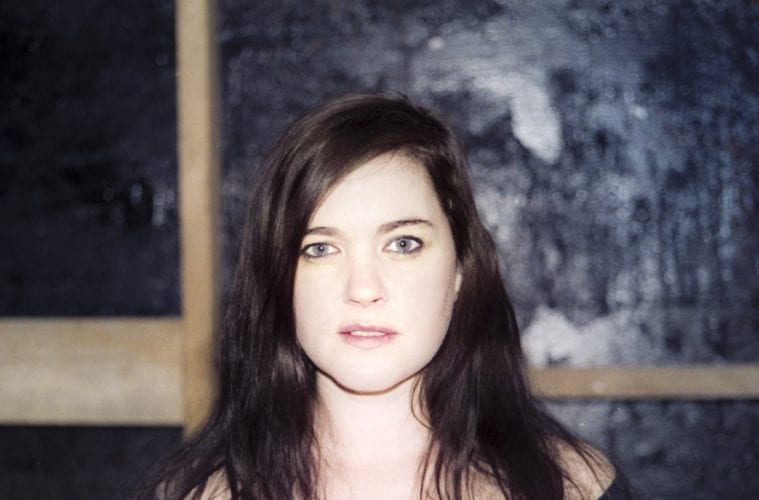 Julianna Barwick’s looping dulcet tones have confounded the music industry since she debuted with her first full-length album, Sanguine, in 2006. When Jon Caramanica introduced her to the public he dubbed her “Enya of Indie Rock” in the New York Times in 2009. When her second full-length album, The Magic Place, was released by Asthmatic Kitty in February 2011, Boomkat appraised it as “leftfield pop,” following in the footsteps of Grouper and the Cocteau Twins. Meanwhile, Pitchfork referred to it as a humble, “digital update on sacred hymns,” and tipped their hat to Panda Bear.

The beauty of Barwick’s art — her transportive, choir-like melodic meditations — is that she has no interest in what category her music falls into. She couldn’t care less. Her experimentations with voice predate Carmanica’s New Age reference in ’09 — it’s motivated by a lifelong curiosity. Barwick grew up singing traditional hymns in the choir of her church with her mother. In a recent interview with The Line of Best Fit, she stated that, as a teenager, she habitually experimented with her voice in alternative spaces: car parks, bathrooms and stairwells, all in the pursuit of capturing the perfect reverb. Her discovery of looping technology transformed her art and led directly to her inaugural albums. “It wasn’t until I started looping that it started to really feel like something I should pursue,” she said in an interview with Fader in May. “It was just so quick, like almost instant.” 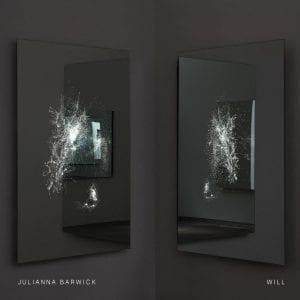 With her most recent album, Will, Barwick ventured into new territory, in a literal and figurative sense. The album was recorded at three locations: a friend’s house in upstate New York; the Moog Music Factory in Asheville, North Carolina; and finally in Lisbon. Will is also the first of Barwick’s works to feature heavier instrumentations; Thomas Arsenault (Mas Ysa), Dutch cellist Maarten Vos and percussionist Jamie Ingalls (Chairlift, Tanlines) all contribute to the album. Yet, even with these additions, Will seems like a return to Barwick’s simplistic, unfettered choral roots. “I’d always wanted to use drums in my music,” Barwick told me by phone on her way to a show with Explosions in the Sky in New York. “There were a lot of things that I accomplished in this album that I wanted to do. Like, in Nepenthe, one track featured my mom singing. I’d always wanted to do that.”

If her music sounds raw, it’s because it is; Barwick’s vocal appraisals of space carry through to her current works. She’s disclosed that the vocals for “St. Apolonia,” Will’s opening song, were recorded in a train underpass between the studio she was recording in and a grocery store. In that interview she says, “[it] was a long marble underpass, under the train station. I would sing in it every day and one day I just decided to record in it. Maaren sent the cello parts for it.”

Those who would allege that Will is darker with the inclusion of these additional voices or instrumentation will be met with resistance from Barwick. “There wasn’t anything deliberately somber about Will,” she said during our phone conversation. Instead, her aim was to evoke the feeling of her predominantly nomadic life since Nepenthe’s 2013 release. (With that, it only seems natural for the album to have evolved across multiple states and countries.) 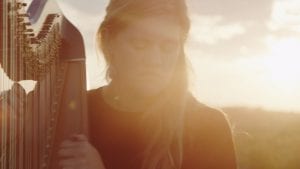 Barwick will be joined at Mammal Gallery by harpist Mary Lattimore. (Image courtesy the artist.)

Barwick will be performing this Sunday at Mammal Gallery alongside similarly unique and hypnotic musical act, harpist Mary Lattimore. It’s a hell of a bill: both women are known for their unconventional use of traditional instruments, voice and harp respectively, as well as for finding a muse in solitude. Their shared love of isolation doesn’t make them averse to collaboration, though. Lattimore has worked with such heralded acts as Kurt Vile, Sharon Van Etten, Thurston Moore and most recently Jeff Zeigler (War on Drugs). Barwick, in addition to her most recent collaborations on Will, recorded her last album, Nepenthe, with Sigur Rós’ Alex Somers as well as with members of Múm and string ensemble Amiina.

It’s easy to conclude, then, that this winsome combination of both musicians’ contemplative, textured rhythms is likely to have a magical and transportive effect on their audience Sunday night. Attendees are likely to feel as if they’ve stumbled into something sacred. This is melody as enchantment, after all.

Julianna Barwick and Mary Lattimore will be performing at Mammal Gallery this Sunday, October 2, at 8 p.m. More information here.