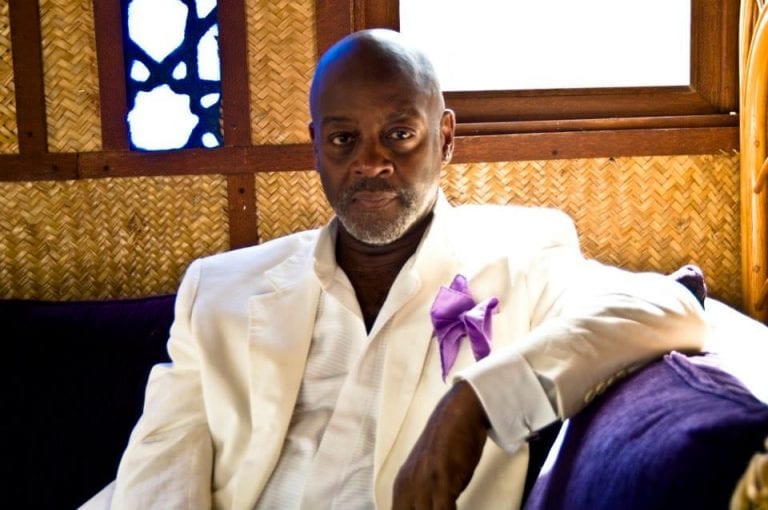 Otis Sallid, artistic director of "James Brown: Get on the Good Foot." (Photo by Shahar Azran)

Preview: “Get on the Good Foot” a funk-driven dance tribute to the “Godfather of Soul”

“James Brown: Get on the Good Foot — A Celebration in Dance,” which takes place on November 9 at the Rialto Center for the Arts, started with a simple question. “I woke up one morning and said, ‘Where’s James Brown?’” says choreographer and director Otis Sallid. The legendary “Godfather of Soul” died in 2006 and promptly disappeared from public consciousness; “How could that possibly be, and what will we do about it?” asked Sallid.

With many years of experience in the film, television and theater industries, Sallid used his contacts to get the ball rolling on a production that could live up to Brown’s name. He secured partnerships with the Apollo Theater in New York City — where Brown gave more than 200 performances during his career and recorded a landmark live album — and the city of Lafayette, Louisiana, which agreed to host some rehearsals, residencies and promotional events. He chose nine choreographers from around the globe and recruited the Philadelphia Dance Company (Philadanco) to dance their works.

Joan Myers Brown, Philadanco’s founder and longtime director, had never allowed another choreographer to take over her troupe when she agreed to give Sallid the reins for “Get on the Good Foot.” He admits the moment she told him, “I trust you” was a scary one. “That’s a double edged sword there,” he says. With pressure mounting, he felt a responsibility to not one, but two dance icons.

Sallid says he looked for “storytellers” to tackle Brown’s music and to “define and redefine” his legacy. In an effort to get a fresh perspective, Sallid recruited choreographers from outside the United States whom he thought “had passion and something to say.” With a background in classical Indian dance, United Kingdom-based dance artist Aakash Odedra explored the idea of ecstasy as it’s depicted in both Sufi Kathak dance and Brown’s frenzied performances. Souleymane Badolo, a rising star from Burkina Faso, contributed work with an African, post-modern aesthetic. And Vietnamese-born Thang Dao, director of Thang Dao Dance Company in New York City, highlighted the city’s energy through contemporary dance.

When it came time to divvy up the music, Sallid says he asked each choreographer to choose from about 33 of Brown’s songs. In fact, a recent review by the New York Times claims the number is closer to 40, many of them excerpted and sampled. But no matter. For fans of Brown — and as Sallid points out, “Who’s not a fan?” — his body of work is pure funk. Sallid’s revelation came when he saw his choreographers interpreting “funk” in multiple ways. There’s “love funk, lust funk, hate funk,” he says.

Set to such iconic tunes as “I Got You (I Feel Good),” “Sex Machine,” and “Papa’s Got a Brand New Bag,” each work explores an aspect of Brown’s history. Themes include joy, civil rights, domestic violence and, says Sallid, “the sheer pleasure of funky movement.” But despite the program’s variety, the artistic director says he knew it would be tough to please several audiences who might not otherwise cross paths. Dance and theater audiences can be “high brow,” he says, while the pure James Brown fans “don’t care about post-modern or what.”

So Sallid aimed for a mix of dance styles and counted on the music’s nearly universal appeal to attract diverse audiences. And so far, he says the approach has worked. Even the hip-hop generation has responded to Brown’s infectious rhythms, and perhaps some young audience members noticed his powerful influence on today’s music. “We look to our past to inform our future,” says Sallid. “It makes the culture richer.” He points to Brown’s accessibility and inclusiveness as one of the project’s many motivators.

“I can bring my whole family, and we can have a funky good time,” he says. “We’ll all get it no matter what color, race, or creed we are. How exceptional is that?”