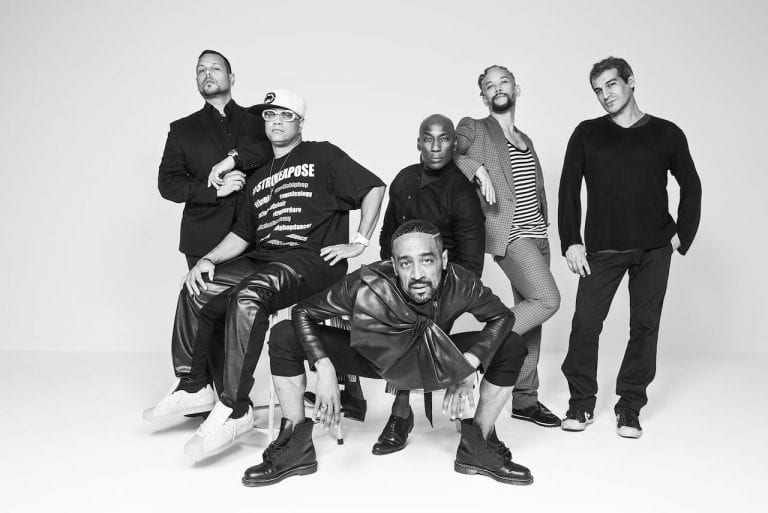 Strike A Pose, a documentary about the male dancers on Madonna's fabled "Blond Ambition" tour, kicks off this year's festival.

Preview: In its 29th year, Out On Film is a testament to the thriving LGBTQ film scene

When programming this year’s 29th Out On Film, festival director Jim Farmer faced an enviable problem: too much of a good thing.

Though he has expanded the fest from seven days to eight since 2008, when he assumed operation of Out On Film, he discovered there was such an abundance of outstanding titles, he had to pick and choose. Or sometimes schedule great work into less-than-great screening slots.

“We have really strong films that we’re having to show at 4:30 in the afternoon,” Farmer says. [Full disclosure: Jim Farmer is an ArtsATL contributor.]

Which may be another way of saying, whatever time of day or evening you can check out the festival’s films this year, odds are you’ll see something good. I definitely did, watching five features and two documentaries from Out On Film, which kicks off tomorrow and runs through October 6.

As with most festivals, certain themes, settings or cultural emphases emerge by coincidence. For instance, three of the features I saw were set to a large degree on idyllic farms, and three of the best dramas (Being 17, Paris 05:59 and Summertime) were all French.

“I think we have a good mix of films that are entertaining and that are really thought-provoking,” Farmer says. “As always, we have a lot of documentaries. I am really a documentary geek.”

The docs reflect the festival’s diversity. They range from the stirring Political Animals, about the first out lesbians to serve in the California State Assembly; to Strike a Pose, a 25-years-later look at the dancers in Madonna’s “Blond Ambition” tour; to Kiki, about young LGBTQ dancers in New York today still voguing like their elders; to The Queen of Ireland, an affectionate look at the Emerald Isle’s reigning drag personality, Panti Bliss.

Farmer is especially proud that this year’s festival includes a record 16 films either directed or co-directed by women.

So yeah, there’s a lot to see. Farmer hopes in years to come, there will be more. Following this festival, the plan is to try to expand Out On Film closer to the 10 days typical of many film festivals. “We’re ready to grow,” he says. “There were so many great films that we didn’t have room for this year. It’s sad, because some of these films have played a lot of other festivals but we just didn’t have the room.” That’s one reason the festival has expanded its programming over the past year to one-off screenings throughout the year, such as presentations of Truth or Dare, Looking: The Movie, Carol, The Danish Girl and other films.

As in previous years, actors, filmmakers or the subjects of the movies will attend many of the screenings. Randal Kleiser, director of Grease will receive the festival’s Icon Award at the 20th anniversary screening of his AIDS drama It’s My Party. The actor who played his onscreen alter-ego, Gregory Harrison, will also be on hand for the screening of his own film, Fair Haven, which co-stars his daughter Lily Anne Harrison.

All events are at Landmark Midtown Art Cinema.

Here are some thoughts on a few of the titles I had a chance to watch in advance, listed alphabetically.

Being 17. French director André Téchiné directed a gay coming-of-age masterpiece with 1994’s Wild Reeds. His newest is as good, maybe better. Set in a small city in the gorgeous Pyrenees Mountains, it centers on high schooler Damien (Kacey Mottet Klein), whose mom (Sandrine Kiberlain) is a doctor and his father is in the military. At school, Damien is a bit of a brain, a bit of a geek. He’s also the target of random bullying by Thomas (Corentin Fila), a mixed-race loner who lives with his adoptive farming parents way up in the mountains. Despite their enmity, the boys are brought together when circumstances force Thomas to come live with Damien’s family for a while. The film takes its time to sketch out these two young men, and when the narrative goes where we guess it will (hey, this is an LGBT festival), the movie has earned our attention and genuine care for the characters. Humane, subtle, smart and sexy, with good work from the young actors and a grounding central performance from Kiberlain. (October 4, 7:05 p.m.)

Jonathan. A great dramatic idea gets a less-than-ideal execution in this German drama. Jonathan (Jannis Niewöhner) is the son of a farmer (André Hennicke), who is dying a slow, painful death. Already disturbed by his father’s evasions about his mother’s long-ago death, the young man grows even more puzzled by the arrival of Ron (Thomas Sarbacher). It soon becomes clear that the strapping Ron was more than just one of dad’s casual friends. Jonathan is torn between supporting his dying parent and being angry about belatedly learning this secret side of his father’s life. Unfortunately, the movie can’t really decide on a point of view. In its clunky dramaturgy, it feels like a throwback to early attempts to dramatize the AIDS crisis; the movie spends as much time charting Jonathan’s romance with his dad’s frequently naked nurse as in developing the father-son relationship. (October 2, 11:10 a.m. and October 6, 3:30 p.m.)

Paris 05:59 (Théo and Hugo). The actors playing young Parisians Théo (Geoffrey Couët) and Hugo (François Nambot) lay bare their bodies in a full-frontal, explicit sex scene at the movie’s start. (No body doubles, no coy cutaways, no prosthetics.) Then, they spend the rest of the running time laying bare their souls to each other in a pre-dawn walk through the dimmed city of light, along the canals, to a hospital’s ER, onto the first Metro train of the morning, into whatever the future holds. Yeah, everybody will talk about those first 18 minutes, but the whole thing is impressive. It’s a movie that, unlike Michael Winterbottom’s 9 Songs or Gaspar Noé’s Love before it, actually succeeds in fusing sex with characters and a story you care about. (October 3, 9:20 p.m.)

Political Animals. Warning: To make it through this informative and inspiring documentary, you have to be prepared to listen to a lot of crap. The documentary follows the bold efforts of the California State Assembly’s first openly gay members, all of them women — Carol Migden, Sheila Kuehl, Jackie Goldberg and Christine Kehoe — as they push legislation for anti-bullying measures to protect gay schoolkids, and legal protection for LGBTQ families. In doing so, they inspire their (generally white, male, straight) opponents to compare being gay to things like incest, bestiality and necrophilia. The documentary reminds us how far we have come, and the hard work it has taken. (October 2, 12:45 p.m.)

Retake. A middle-aged man from Washington cruises San Francisco’s Tenderloin district, auditioning young hustlers for a very peculiar job. In this interesting gay meditation on Alfred Hitchcock’s Vertigo, Jonathan (Tuc Watkins) is in love with the ghost of a young lover who died while they were en route to the Grand Canyon. He reenacts this road trip with a hustler named Adam (Devon Graye) who agrees, for pay, to play the part of the dead man. As the film progresses, we see Adam try to get Jonathan out of his shell and off his morbid, pre-planned script. The movie smartly questions whether obsession can be therapeutic, or is inevitably a dead-end road. (October 2, 7:05 p.m.)

Strike a Pose. A documentary that can make you feel really old and young again, all at the same time. Checking in with six of the seven backup singers of the “Blond Ambition” tour, familiar from Madonna: Truth or Dare back in 1991, Ester Gould and Reijer Zwaan’s new documentary uncovers the ways — both sad and fabulous — that the legacy of that once-in-a-lifetime sweep of the globe had on the men, all of them gay but one. This isn’t the most penetrating documentary, but it’s affectionate, and for anyone who remembers those way-back-then days, it feels like a reunion. Lead dancer Carlton Wilborn will attend the screening, which kicks off the festival. (September 29, 7 p.m.)

Summertime. The film stars veteran French actress Cécile De France as a Parisian university teacher named Carole, but the focus isn’t really on her. The story is more about Delphine (Izïa Higelin), a farmer’s daughter who goes to work in the city, and seduces Carole away from her dour Socialist boyfriend. The time is 1971, and the drama captures the post-1968 idealism of French youth in all its hopeful/naïve, shaggy-haired power without veering into ridicule. It’s a time capsule. You remind yourself of that as Carole and Delphine try to pursue their relationship under trying circumstances. When Delphine has to go home to the farm, Carole joins her posing as just a friend. But she doesn’t see why Delphine can’t just come out to her folks, and Delphine can’t understand why her lover won’t respect the cultural constraints of rural life. It’s a bittersweet struggle you know won’t end happily, but it ends wisely, propelled by strong performances, beautiful scenery and some frank but not gratuitous nudity. (September 30, 7:25 p.m.)