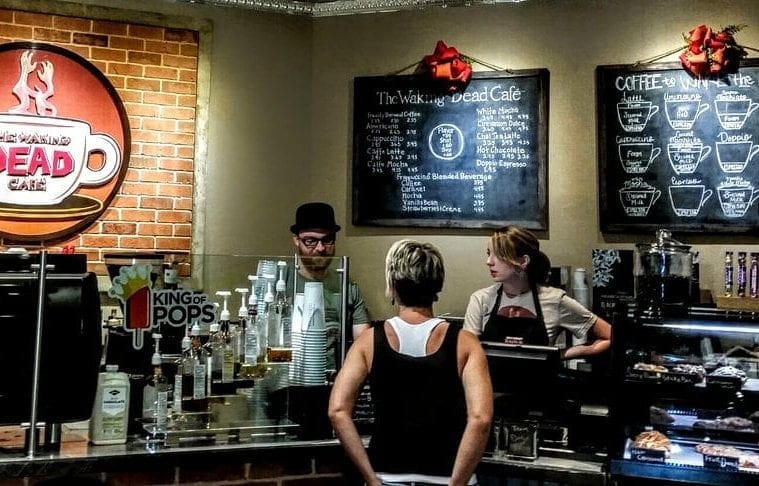 At one time Senoia was a small Southern town, described by some as Mayberry-esque. Yet the town is anything but a quaint little community these days. It’s become a giant in the filmmaking industry and iconic for what it’s been able to do.

As part of last weekend’s Atlanta gathering for the Association of Film Commissioners International Cineposium, Scott Tigchelaar, the president of Riverwood Studios, Inc. — known locally as Raleigh Studios-Atlanta — presented a case study in Senoia on how the area became the home for The Walking Dead and other projects while managing to retain its footing as a functioning town.

Senoia has long been home to film shoots such as Driving Miss Daisy, Fried Green Tomatoes and Kevin Costner’s The War in the late ’80s and early ’90s. “Georgia had become known as a cheap, easy place to film,” Tigchelaar said. “If you wanted to get out of New York and Los Angeles, there was good weather and a diverse location base. Senoia was an easy town to turn into whatever the heck you wanted. It became a back lot for us because of proximity and availability.” 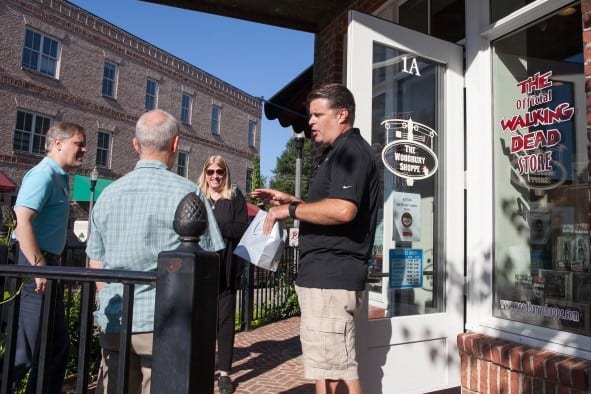 His Raleigh Studios-Atlanta, hatched in 1989, used Senoia quite a bit. Filming was going well enough there and in the state until 1997 when a lightning bolt hit. Canada introduced tax incentives to the industry and that made an immediate — and unfortunate — impact. Productions left Georgia and other U.S cities and went north of the border. Other countries, as well, discovered filmmaking as a great industry.

Wanting to get the local industry back on its feet, Tigchelaar and others at Raleigh Studios came up with ideas. They decided to partner with Senoia stakeholders in 2007 by forming a development company and buying the majority of the undeveloped land in Senoia’s Historic District. The area was marketed heavily to the film and TV industry. One factor that helped endear Senoia to production companies was that the town established a $100 filming application fee but no additional city-imposed permits or fees to film, an almost unheard of perk.

The next year, Georgia did its part, passing an industry-leading production incentive. Since then, the state has seen significant annual growth in filming, jobs, and the economic benefits of production spending.

The biggest result for Senoia has been The Walking Dead coming to the area. “AMC took a gamble on it and shot six episodes,” said Tigchelaar. “It took off. We didn’t know, though, if we were going to get past the second season since it is a traveling show. But they put down roots.”

Senoia has been the site for several locations for The Walking Dead, including Hershel’s farm in the second season, Woodbury and the prison in the third and fourth seasons and Alexandria Safe Zone in season five.

It’s been one of the major success stories for the state. The Georgia Film, Music and Digital Entertainment Office estimates that film production generated a direct spend of $2.4 billion last year, with an economic impact of approximately $7 billion. TV series bring an average of $40-$60 million in production spending while film budgets range from $52 million to more than $200 million.

According to the Georgia Department of Economic Development, the state’s tourism industry generated $58.9 billion in business sales in 2015. 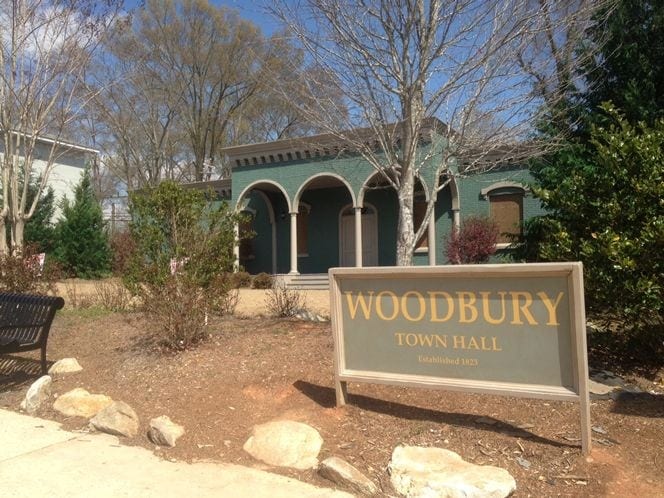 Senoia has become known worldwide as the fictional town of Woodbury.

“When a project lands in an area, it has a huge economic impact,” says Tigchelaar. “Even after it has been completed.” Tourism has become an unexpected benefit to the state. Savannah has made millions in visitor revenue because of Midnight in the Garden of Good and Evil and it’s been profitable for Juliette too. “People visit to see where Fried Green Tomatoes was made to this day,” he says. “That is what sustains Juliette.”

Visitors come to Senoia frequently in the hopes of seeing The Walking Dead locations, but would get mad when they made the journey and walked away empty-handed, with no merchandise to buy. Tigchelaar lobbied AMC but the network didn’t feel merchandising was their priority. “We eventually wore them down,” he laughs. The town of Senoia has been able to leverage tourism with a Walk of Fame, film tours and merchandising and licensing with the likes of The Walking Dead Store, The Walking Dead Café, and Nic and Norman’s Restaurant.

The key to Senoia’s rebirth from a town with only a few commercial businesses on Main Street in 2007 to one with more than 50 today has been partnerships, with the state and the film industry and Raleigh Studios. The city is looking to further revitalize itself and continue to be as attractive as it can be to the industry.

As someone who lives in the area, it doesn’t escape Tigchelaar how much fun all of this has been. “It has turned the town into something cool,” he says. “We realize this is a once-in-a-lifetime opportunity.” Yet he does draw one line. He does not want his home to be the location where Daryl from The Walking Dead dies . . . if that character doesn’t survive. ”My wife says please don’t kill him on our front steps,” Tigchelaar adds, with a laugh. “I don’t want our house to be his shrine.”