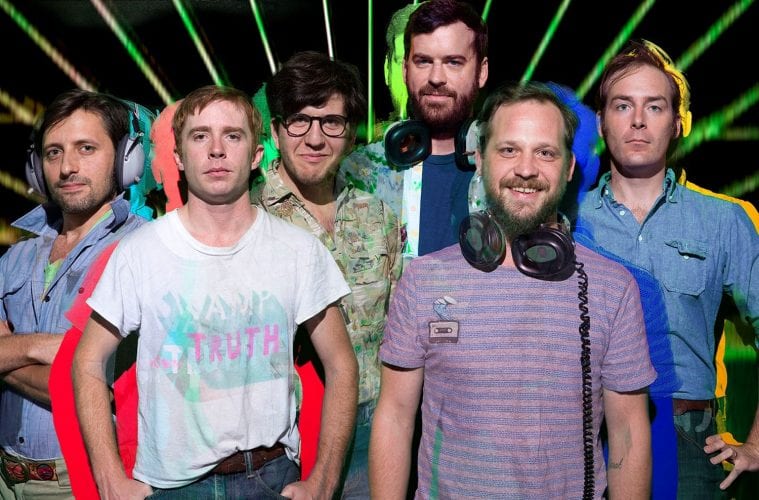 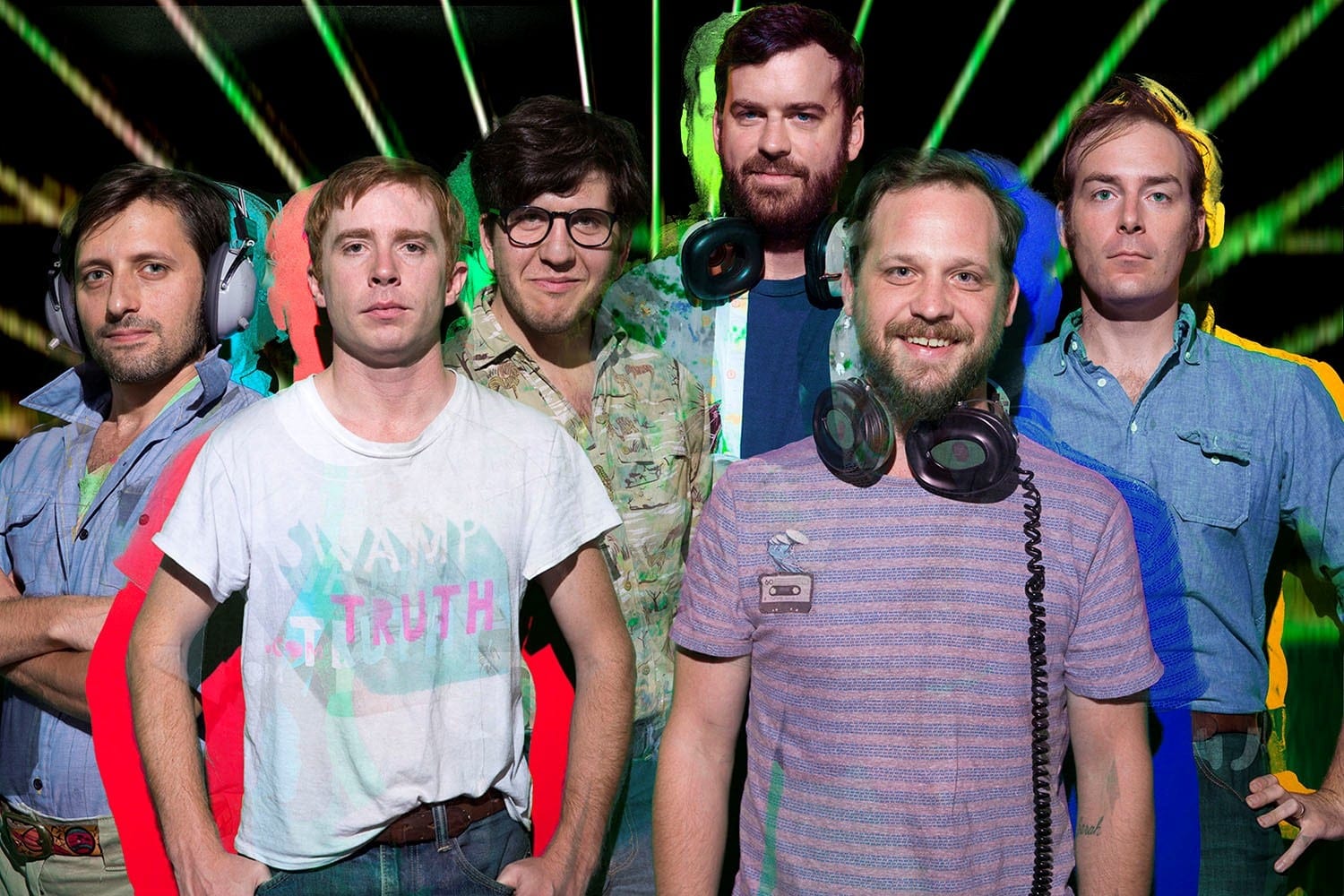 The sounds of The Psychedelic Swamp, the ninth and latest LP from Philadelphia-based band Dr. Dog, are set to overtake Atlanta’s lo-fi faithful this Friday at The Buckhead Theatre. Whether you’re a seasoned Dr. Dog-head or just looking for a musically transformative end to your April Fools’ Day, this is a show not to be missed.

A wicked, misty, swooning mix of an updated, up-tempo Magical Mystery Tour and the ballad-rich unscriptedness of The Basement Tapes-era American noisiness, Dr. Dog’s newest offering is a euphoric jewel of an album, its songs’ turquoise and gold pop-inlay glowing with a bluesy, Booji Boy-esque weirdness. By turns ecstatic and mellow with splashes of heavy whimsy, and joyfully infectious through and through, The Psychedelic Swamp is the album to be listening to this spring, windows down and with friends all around. Dr. Dog continues to draw comparisons with the likes of The Kinks, the weirder B-sides of Neil Young and Captain Beefheart, and Psychedelic Swamp warrants those same accolades. But across the whole album there’s too much sweet, eccentric catchiness for Dr. Dog to ever be called a derivate. Whether pared down, turned up or weirded out, their songs are always the ones you want to keep sharing with friends, crushes and all the folks between. New tracks like “Dead Record Player,” “Fire on My Back” and “Engineer Says” are quintessential Dr. Dog. The spacey mock-anthem for materialism, “Badvertise,” shows them at their sharpest and the pining refrain in “Bring My Baby Back” is totally irresistible.

For those fans who have been listening to Dr. Dog since their warm, crackly beginnings with Toothbrush (2003), the dreamy pop mythology behind Psychedelic Swamp is an exciting return to the sonorous looping and freaky dissonance that made that early album so addictive. In fact, Psychedelic Swamp is a literal return to that sound — all the songs on the album (except the new “Bring My Baby Back”) are updated versions of songs from an impossible-to-find, pre-Toothbrush cassette tape first recorded in the late 1990s by the band’s frontmen and long-time friends, Scott McMicken and Toby Leaman. Even if you’re a long-time devotee of Dr. Dog, this early cassette has been nothing more than a tantalizing rumor floating around the crowd at live shows. Songs from Toothbrush directly reference a mysterious “psychedelic swamp,” describing how “the swamp is old, the swamp is new / the swamp is me, the swamp is you / It’s the best the best could ever be.” Over 15 years later, the swamp is back, lending credence to those whispered rumors and, like each of their albums since, showing what makes Dr. Dog such a wildly fun band to fall in love with.

The latter quality is hard to define — what makes listening to Dr. Dog feel so intensely personal? It could be the swooning, off-kilter summertime philosophy embedded in songs like “Easy Beat” and “Weekend.” It could be each album’s subtle way of swerving between sounds and textures, a melodic, McCartney-Lennon-esque expansiveness that offers a whimsical balance between McMicken’s dreamy, psych-folk tunes and Leaman’s heavier, blues-tinged ballads. It could be the wild energy of Dr. Dog’s storied live shows where the songs always sound like they’re being played a couple beats faster and the feel-good, no-frills theater of their performance makes palpable how much fun the band is having being themselves. It could be, too, that Dr. Dog’s music is a meeting place for so many other musical devotions — whether you listen to Animal Collective or The Black Keys, Joanna Newsom or Grimes, Cat Stevens or Tom Waits, there’s something to love in Dr. Dog. Without a doubt, their penchant for giving their all at live shows and for being, simply enough, rad, is what keeps their fan base growing. This reviewer remembers a particularly awesome moment before a show in Louisville, Kentucky, in 2007 (at the as-awesome-as-it-sounds Lebowski Fest) talking with McMicken about bowling and dreams while he drew in my notebook. Later that night, their covers of Dylan’s “The Man in Me” and Captain Beefheart’s “Her Eyes Are a Blue Million Miles,” both on the The Big Lebowski soundtrack, stole the show.

With lyrics wedded to the more mysterious, vibrant corners of contemporary songwriting and albums that always prove how to extract the inexplicable from the classics while still being humbly new, Dr. Dog, with a group of personable, idiosyncratic musicians at the helm, continues to be one of the most exciting bands playing today. But none of these reasons alone explains why Dr. Dog is so damn good, though explaining their charm probably isn’t the point. Nothing short of seeing them play April 1 at The Buckhead Theatre and picking up a copy of Psychedelic Swamp will do the trick. As they sing in “The Breeze” from their 2008 album Fate, “Do you like things the way they seem? / Or are you looking behind the scenes? / Well, if you’ve gotta know / What it takes to make it sow / Just believe.” That sounds right.