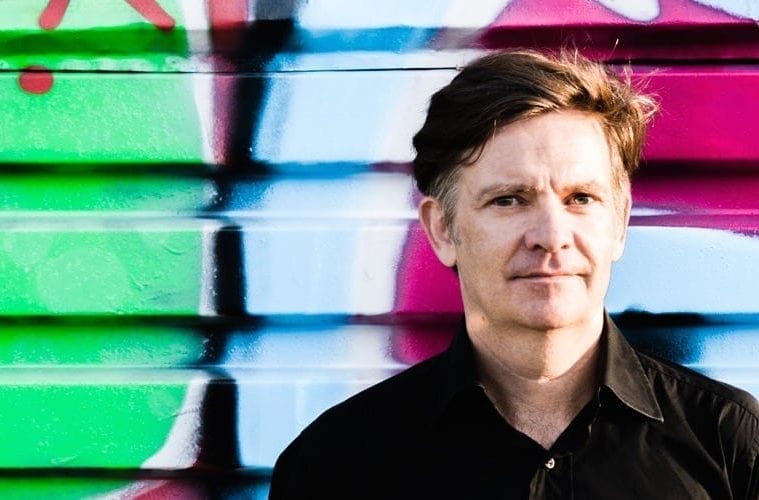 Preview: A conversation with Rob Spillman, author of “All Tomorrow’s Parties”

Rob Spillman has dedicated his life to books. He edited the anthology Gods and Soldiers: The Penguin Anthology of Contemporary African Writing; he teaches literature all over the world, including Queensland University in Brisbane, the Farafina Workshop in Lagos, Nigeria, and the SLS Workshops in St. Petersburg, Russia, and Nairobi, Kenya; and he contributes his time and effort to such cultural organizations as the Brooklyn Book Festival Literary Council, the Community of Literary Magazines and Small Presses, Narrative4, and PEN. In 1999 he co-founded the literary magazine Tin House, where he continues to serve as editor and editorial advisor to its publishing vein, Tin House Books. It is this work that earned him the prestigious PEN/Nora Magid Award for Editing in 2015.

Now, Spillman finds himself, for the first time, in the role of author. This year he published his memoir, All Tomorrow’s Parties. The book chronicles his journey from childhood in Berlin during the Cold War to his early 20s return to the city at the fall of the wall. Spillman deftly maneuvers between these timelines, building from the pair an arc that is expertly paced. The story itself is both about and infected by his zealous pursuit of transcendence via multifarious means — running, inebriation, conversation, music, travel, relationships, and, ultimately, writing.

Spillman will be one of the featured authors at this year’s Decatur Book Festival on Labor Day weekend. We corresponded by email to discuss his process, the contrast between editing and writing, and the difficulties of memoir.

ArtsATL: As an accomplished editor, publisher, and writer of books, were there any particular challenges you faced while writing your own story?

Rob Spillman: One of the challenges was holding myself to a very high standard. From my point of view, I see, over and over, what is possible, and particularly with memoir and creative nonfiction, the possibilities keep expanding. Maggie Nelson, Hilton Als, Mary Ruefle, Jo Ann Beard — there are so many great writers pushing the form. Also, trying to write a book while working in publishing is something like trying to work inside of a casino — all of the noise of winning is amplified, so that you can’t help hear who is getting big deals, big hype, etc. . . . It is only natural to imagine your own book in the world, even when you haven’t finished a draft. It took me ten years to write the book, seven of those years excavating the material and trying to find a form that would work. A few years into the repetitive failure, I came to not care if the book was published. Of course, it would be great if it did, but I became more concerned with interrogating the material in an interesting way.

ArtsATL: What moved you to the material in the first place? As you say in the book — and I love this awareness, these scenes — you had a talent for assemblages in the way that you might curate a crowd for an evening’s outing. Your publishing and editing can be seen as extensions of this. Do you feel that you were expressing something through others that finally required your direct attention?

Spillman: Berlin represented a central part of my core story, and it was one I recounted without unpacking how fraught my childhood and return to Berlin were. I wanted to really interrogate that material. And you are right — my talent for assemblages (which I didn’t know was a talent at the time) turned into my talent for editing and curation. But with both, I was able to hide behind others, to put the actions and work of others forward and live vicariously through them. With the book, I’ve had to step forward and be seen, and to take responsibility for my own actions.

ArtsATL: Take responsibility how? Have there been repercussions?

Spillman: With myself first. Meaning that I had to examine my behavior when I was younger, how I contributed to my own alienation, that I wasn’t simply passive. The repercussions have mainly been with my parents. The manuscript prompted a long overdue discussion with my mother, who was surprised and upset by many of the revelations. The difficult discussion included a lot of deep background information that I didn’t know about, and which made the book better in the end.

ArtsATL: Being at the wall at the time of its fall afforded you a unique look into the politics of East/West. You lamented the threat of the capitalist West on the grittiness of East Berlin. Do you think writers have a responsibility to confront or engage the political context of their work?

Spillman: Yes. I think that storytelling is a political act. Whether directly political or more subtle, by acknowledging the individual, a story — in whatever form — is a resistance to fascism and homogeneity and the inevitability of consumerism.

ArtsATL: What are some the stories (books) that do this best for you?

ArtsATL: Not all of these examples fit into this thought, but in a way you are saying that the personal is political, aren’t you? That phrase came to me while reading The Argonauts in particular. The obvious converse to this is solipsism. What’s the counter to that? Or, what is the literature that best addresses a “we” for you?

ArtsATL: How — or where — would you situate All Tomorrow’s Parties in this conversation? You spoke of becoming interested in interrogating the material whether or not it would become a vehicle of communication via publishing. Well, those are my words, the communicative aspect of publishing, but I can’t imagine you wholly disagreeing. As you were exploring your own story did you ever struggle with the “why”? As in why am I telling my own story?

Spillman: To me, the book is all about the “why?” As in, why be an artist? What is the role of the politically engaged artist? What does it is mean to be an engaged citizen? Why is it so hard to be fully present?

ArtsATL: Yes, I definitely got that. I suppose that’s too meta, eh? Why about the why. That said, did the writing of it answer those questions for you? Or affirm the questions?

Spillman: The process made me question everything. And I’ve come out of the other side more committed to narrative and also to the political aims of art — to give voice to the powerless and to question authority.

ArtsATL: How does this commitment inform your work as an editor and publisher? Specifically, does it enter your discourse with writers as you’re shepherding them? And if so, can you give an example?

Spillman: It manifests itself in the way that I am constantly searching for underrepresented voices for the magazine and the book imprint, as well as our literary conference. It extends to all aspects of what I do in the literary ecosystem — as the chair of the PEN Membership Committee, as a founding member of the story-exchange nonprofit Narrative4, on the boards of CLMP and the Brooklyn Book Festival I have fought for more inclusion. It also manifests itself in which writers I teach in my Columbia seminar or when I am guest-teaching.

ArtsATL: I’m wondering about the stuff of the editing — or teaching. How hands-on are you? Have you heard your own words to other writers echoing back to you while writing the book?

Spillman: I’m very hands-on with editing and teaching, but I don’t impose my political agenda on people’s work. I’m very much interested in the other, and that includes reading points of view I have trouble with — such as pro-gun, pro-Trump, etc. I do, however, point out people’s choices, such as in class when I ask for students to bring in examples of what they love and if they all bring in straight, white men, I’ll call attention to this.

ArtsATL: Are there any theoretical works you assign on Other? On empathy?

Spillman: I tend not to assign theory, rather use examples that walk the walk, like Maggie Nelson’s The Argonauts, Ta-Nehisi Coates’ Between the World and Me, Jo Ann Beard’s essays “Undertaker Please Drive Slow” and “Werner,” Vivian Gornick’s The Situation and the Story, Leslie Jamison’s Empathy Exams, stories by Jim Shepard, Karen Russell, Robert Stone.

ArtsATL: I’m thinking about appropriation and who can rightly tell another’s story. This is a very different manifestation of the conversation, of course, but there’s a point in the book when your wife, Elissa, a writer herself, claims dibs on a shared experience for her own writing. How did you two work it out around the larger story of the book? Did you include that moment as a nod to the reader in any way?

Spillman: Hmmm . . . I haven’t thought about it that way. Elissa did read many of the drafts and offered her own takes on shared experiences. Her memories sometimes didn’t mesh with mine, which I found interesting and I took into consideration. I was definitely conscious that I was telling my story, not hers or even ours. I tried to be as honest as possible about my own feelings and memories.

ArtsATL: It can be a bit of a mini-miracle when my partner and I remember a situation similarly. What’s an example of something in the book that was influenced by the varying recollections?

Spillman: What was particularly helpful was to hear about what I was missing, how Elissa was feeling when we were living in Berlin, so I was able to write about what I was, and wasn’t, observing at the time.

ArtsATL: Do you remember a specific example of something you missed that she provided?

Spillman: The opening scene, at the rave, where I didn’t realize I was being negligent, was not tuned into Elissa’s experience.

ArtsATL: Are you saying that a previous version excluded that you hadn’t taken her into account and she pointed that out?

Spillman: Yes, the first draft was particularly myopic. Also tentative and protective. Elissa gave me permission — and pushed me to be messy and honest and complicated.

ArtsATL: Messy, honest, complicated — yet keenly structured. At what point did you envision including a soundtrack for each chapter? Did you yourself listen to these songs at any point in the writing/revision process?

Spillman: The idea for the soundtrack and quotes came after I found the alternating structure. I had a ton of music embedded previously but pulled them out to create a dialog with the text. I did listen to them and tried to go after their feel at certain points in the book.

ArtsATL: You’ve been reading from it on tour. Did anything surprise you about how audiences are receiving it?

Spillman: Interesting with readings, people read themselves into your work, so they frequently react to whatever is personal to them — the music, the Cold War, the love story, the struggle to live an authentic life, the struggle to express oneself creatively.

ArtsATL: If you had it to do all over again — the book, the living — is there anything you’d do differently?

Spillman: Looking back, I wish I hadn’t wasted so much time, been so filled with rage. Yet, having a constant feeling of making up for lost time and harnessing my rage at all of the inequities of the world are what drive me. If I hadn’t gone through what I did, I wouldn’t be the person I am now. With the book, I had to struggle for seven years to find the form and unpack the material. If I hadn’t gone through that struggle, had been satisfied with where I was after three or five years, I would be disappointed with myself. I feel like I failed as well as I could at the time.