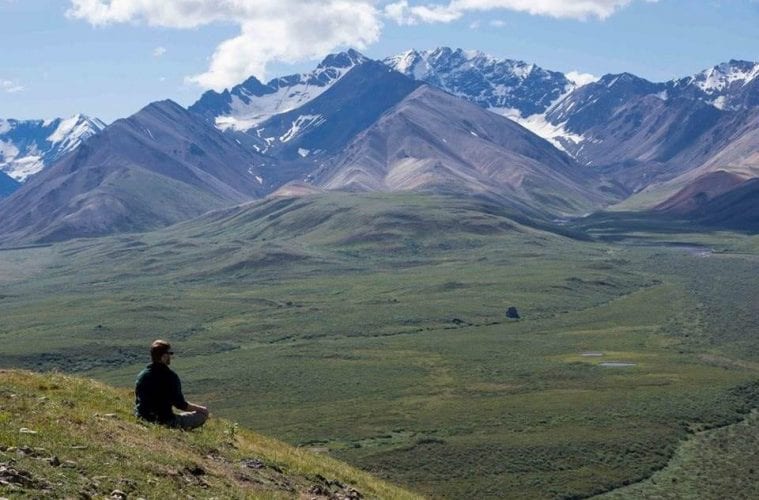 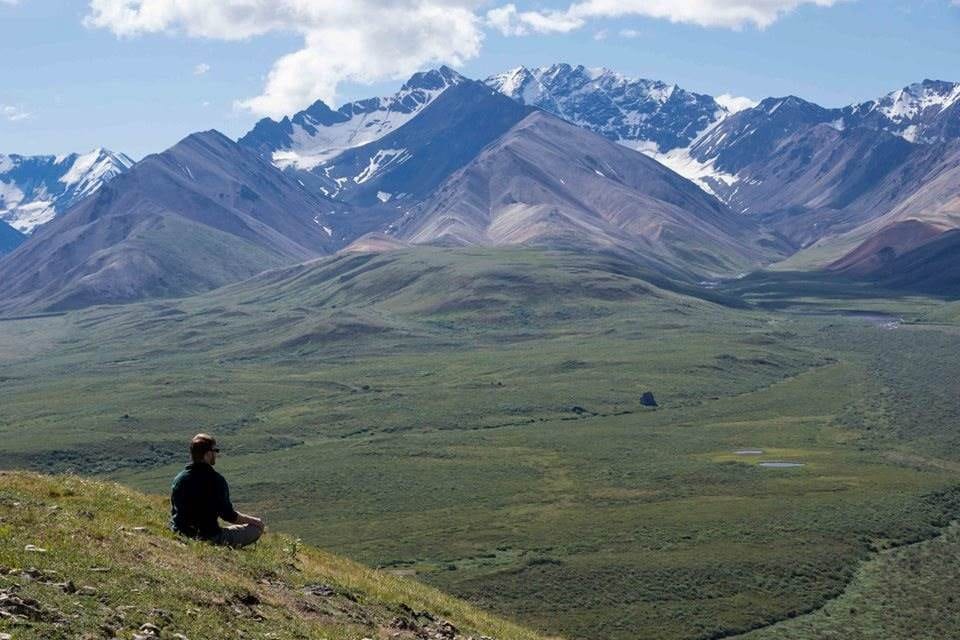 Wood in Denali at the Alaska Range.

The vast Alaskan interior is land of extremes. Mostly wilderness, the landscape rises from the low-lying boreal forests up to altitudes above the tree line where harsh tundra takes over, and above that, stark, thrusting mountain peaks of rock and snow. At their worst, winter temperatures can go below -50 degrees and, although unusual, summer temperatures have reached into the high 90s. In summer, temperatures average in the 50s to lower 70s, but there is no real night, only a twilight that lingers for a few hours without succumbing to darkness.

That sub-arctic environment and ecosystem has inspired Atlanta pianist and composer Stephen Wood to create some of the chamber music that will be performed Monday at the Elliott Street Deli & Pub in the Castleberry Hill neighborhood. During July, Wood went to Alaska to attend a “Composing in the Wilderness” field seminar hosted by Alaska Geographic and the Fairbanks Summer Arts Festival. Led by Stephen Lias, a composer and professor of music at Stephen F. Austin State University in Nacogdoches, Texas, the first such seminar was held in the Alaskan interior last year. Wood attended that one as well.

This year, nine composers went to the Murie Science and Learning Center in Denali on July 10. From there, they trekked into the Denali National Park and Preserve for four days to study in the wilderness with a geologist, a soundscape scientist and an ecologist-botanist, with the intention of gaining musical inspiration.

“We went into the field, which means we hiked around the Denali backcountry, which has no trails,” Wood says. “It’s just open; you can go anywhere. So we went for a day to a day-and-a-half with each of these environmental guides. They talked to us about what they know and we asked them all sorts of questions. So it was a give-and-take thing between us as composer-musicians and them as scientists, developing a really inspiring creative connection.”

The composers’ next stop was the Yukon-Charley Rivers National Preserve, where they stayed at Camp Coal Creek, a rehabilitated gold-mining village. “Because of the revitalized cabins, dining house and electricity,” says Wood, “we could spend our days composing, sheltered from the mosquitoes and elements, while still being in an extremely remote environment along the Yukon River.” It’s so remote that they had to fly there in bush planes from Fairbanks. The final seminar days were spent at the Fairbanks Summer Arts Festival, with a concluding performance of the composers’ new works on July 23. 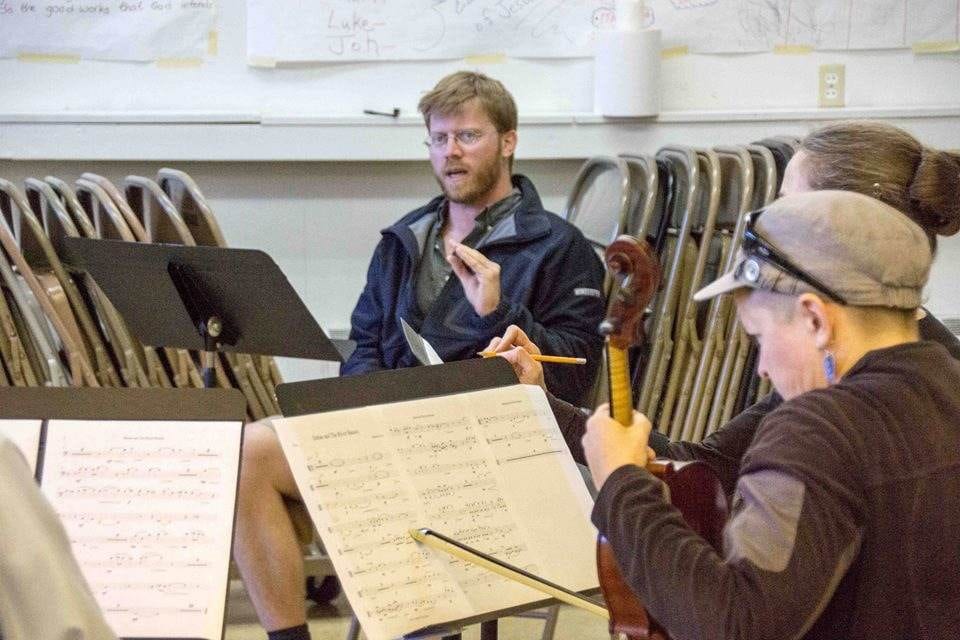 Wood leads a rehearsal of his wilderness piece.

“The experience has been one of profound impact that has formulated a single path for me that had been two different worlds throughout my life,” Wood says. “I’ve always been a naturalist and an environmentalist, and I’ve always been a composer and musician. The course combined those in a very present, dramatic, exponential way.”

Since the first seminar last year, he was moved to more closely examine the ecosystem around Atlanta for musical inspiration, resulting in two new chamber compositions and the formation of his jazz groove combo, Chlorophyll.

Monday’s free show is part of Elliott Street’s “Sounds From the Underground,” which typically features original jazz from two Atlanta composers. While Wood is known as a keyboardist and composer of “third-stream” and groove works, the pieces in this show are what he calls his “classical” chamber music. It will include “Dabae and the River Beauty,” the new piece written in Alaska.

Wood’s music will make up the first set of the evening. Saxophonist-composer Chris Alpiar will follow, playing his own music in the second set.