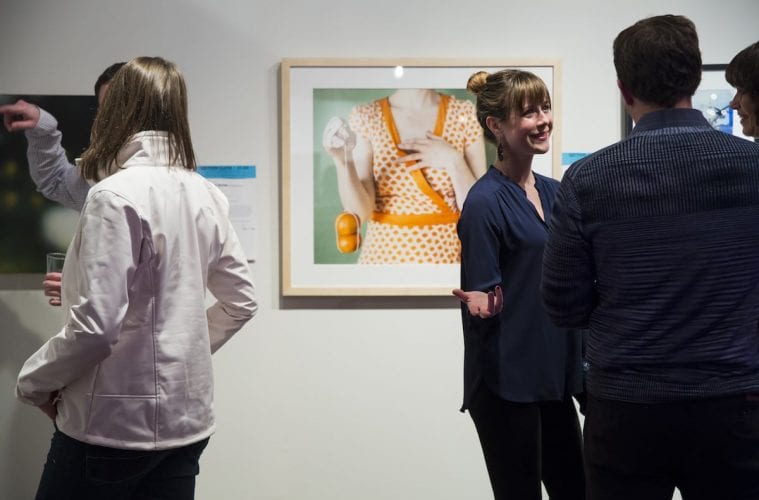 Preview: Art Papers’ 2017 auction marks a return to tradition and a starting point for change

Editor’s Disclosure: Andrew Alexander is an arts writer who has published occasional reviews in Art Papers.

The upcoming Art Papers Auction on February 25, one of the Atlanta art scene’s most anticipated and popular annual events, marks both a return to tradition and a starting point for some big changes at the publication.

The event takes place this year at Ponce City Market, and though this is the auction’s first year in the newly revamped, mixed-use space, the placement of the event at Ponce actually creates something of a homecoming. The Art Papers Auction was inaugurated in 1999 at the “Arts Cool” space in the building, which at the time housed City Hall East. The move gives them room to expand the event as well, with an additional 7,000-square feet of space for the exhibition and party to spread out from last year’s location, BoBo Intriguing Objects.

“We’ve moved out of necessity, but it’s been a nice opportunity,” says Art Papers executive director Saskia Benjamin. When BoBo moved its business, Art Papers had to seek out a new location, its third in five years. “It gives the event a new flavor, and it’s a new challenge for us.” For the event, organizers will have to build exhibition walls and install event lighting, transforming the space by setting up and taking down over a ten-day period in what Benjamin calls a “labor of love.”

“We have artists who have participated for 18 years,” says Benjamin. “But we’re always building. We’re always trying to keep track of who’s new, who’s doing interesting work, who may not have been on the radar before.” 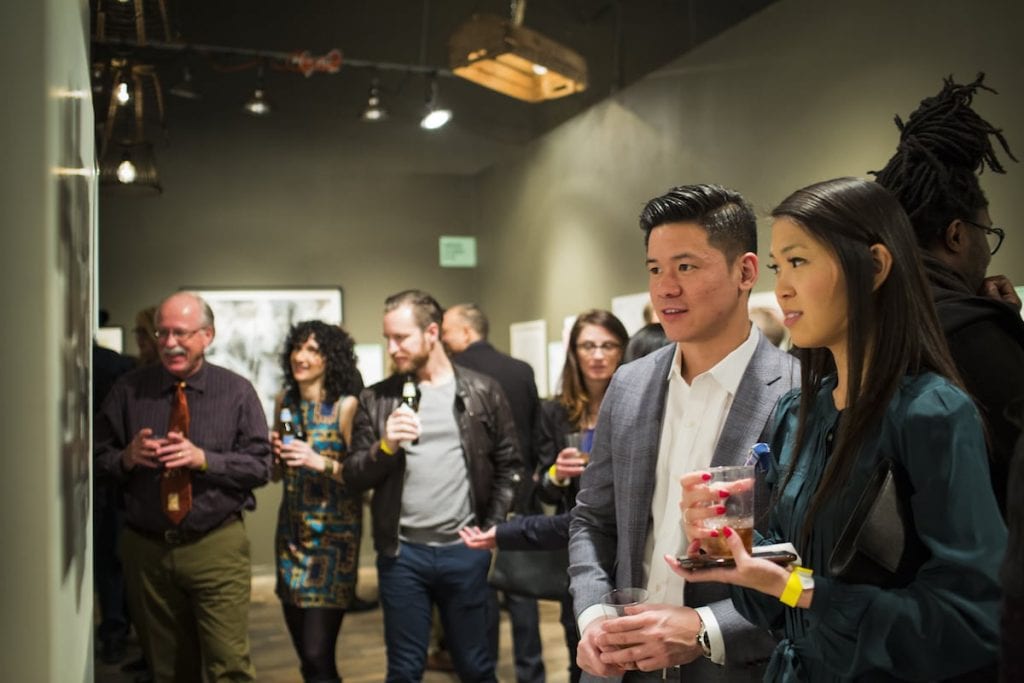 Throughout the year the Art Papers staff keeps an eye on rising Atlanta talent. (Photo by Raftermen Photography, courtesy of Art Papers.

“The newer additions are often people I’ve worked with, either by putting them in the magazine or in some other capacity,” says Victoria Camblin, editor and artistic director of Art Papers, who says potential leads for new artists can also come from a number of sources, such as suggestions from board members, gallerists, educators and art consultants. The organizers also keep an eye on recent prize winners of local awards and honors such as Wonderroot’s Walthall fellowship for emerging artists. “We have a number of artists from a show that I co-curated this year [ATLBNL] who are regional. But we want it to be resonant with the community, so it’s a nice mix of familiar favorites and also new additions.”

Though there’s no given theme each year (artists are basically given free rein to create and donate what they choose), organizers say the results always provide an interesting snapshot of what’s happening in the arts. So far, Benjamin and Camblin say they’ve seen a remarkable amount of black-and-white, stark, large-scale and political work.

Organizers say the auction has always been an effective fundraiser — about 90% of the work sells — but that the actual bidding, which uses mobile bidding platform 501 Auctions, can be extremely unpredictable. Annual results can seemingly fluctuate with cultural and economic changes. “The political climate is a little uneasy right now,” says Camblin. “We’re curious to see how people go into it this year because there has been a political climate shift.”

The fundraising art auction model itself has become the subject of some contentious debate in recent years because such events rely on asking artists, already often somewhat beleaguered and struggling, to donate work.

“It’s fraught,” says Benjamin. “I’m married to an artist [Atlanta-based artist Scott Ingram, who is donating a work to this year’s auction]. If he participated in every auction he’s asked to participate in annually, he would give away more than he sells. I get that.”

“We try to be conscientious,” adds Camblin. “We don’t expect everyone to give every year. That’s also the advantage of bringing in new artists. It’s not to replace anyone. It’s to give a little breathing room. We know at Art Papers how much we ask of our artists. We try to make it so we can give back to that community.” Artists can choose to keep a commission or donate it to the magazine: organizers say that annually about $50,000 goes back to the artists. 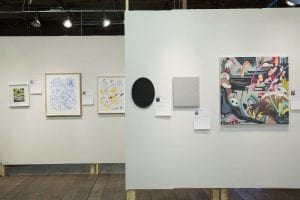 A portion of the works from Art Papers’ 2015 auction. (Image by Raftermen, courtesy of Art Papers.)

The auction will coincide with the release of Art Papers’ latest issue, one that will initiate some big changes at the institution. In addition to the magazine’s transition to a quarterly release, they’ll be changing printing formats and launch a new website later in the year.

“Part of the idea behind the reduction in frequency was to be able to do a more beautiful book, and to be able to be more dynamic online,” says Camblin. The changes were initiated after a reflective period at the organization prompted by Art Papers’ 40th anniversary last year. “We decided if we did fewer [issues], we could beef it up, we could delve deeper on things.” Each new issue, she says, will look totally different, matching the design to the demands of the content. “Maybe sometimes that will mean it’s super-shiny and slick. Maybe sometimes the content will demand newsprint or a black-and-white aesthetic.”

The upcoming LA issue, slated for release the week of the auction, will be guest edited by Jennifer Bonner, an architect currently at Harvard, and guest designed by LA-based graphic designer April Greiman. The issue will tackle the theme of Los Angeles and its pools, drawing primarily from women contributors and artists. “It’s a fun issue,” says Camblin. “It will definitely reset the physical appearance [. . .] Her style is very pop. It’s on opalescent paper. It’s got that LA pink and blue, beachy palette.”

In the meantime, the focus remains on the auction, a massive undertaking for the publication and its tiny staff, an event that relies on donations, bidders, philanthropists and volunteers from the community. “I’m always humbled by who shows up and who comes together to help us with this,” Benjamin says. “It takes a village.”