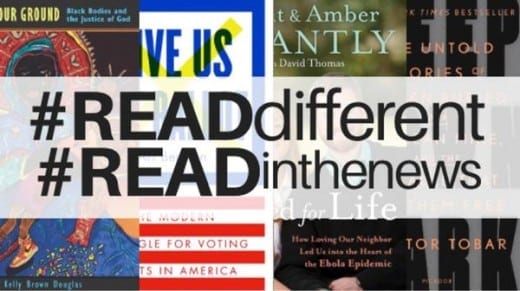 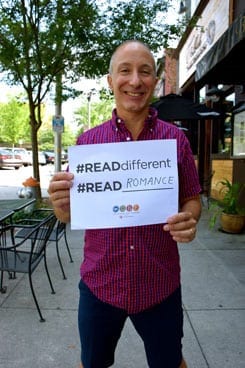 The AJC Decatur Book Festival, which marks its 10th anniversary this year, will bring more than 600 authors to town Labor Day weekend.

The largest independent book festival in the country will kick off on Friday, September 4, with Erica Jong, the legendary feminist author of Fear of Flying, and Roxane Gay, bestselling author of Bad Feminist and An Untamed State, as keynote speakers and “kidnote” presenter Judy Schachner, author of the popular Skippyjon Jones picture book series.

DBF’s hashtag #Readdifferent encourages book lovers to read outside of their comfort zones, whether that means exploring books of various genres or authors from diverse backgrounds. This year’s lineup offers ample opportunity for readers to broaden their horizons.

Our 25 picks encompass every subject and genre from picture books to graphic novels to science books and literary fiction. 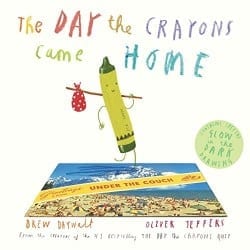 The Speechwriter: A Brief Education in Politics. Fans of House of Cards will appreciate this behind the scenes look at scandals and the art of the political spin by Barton Swaim, former speechwriter for South Carolina Governor Mark Stanford. 10:00-10:45 a.m. Decatur Library.

Faithfully Feminist: Jewish, Christian and Muslim Feminists on Why We Stay. Three women writers with essays in an eponymous anthology discuss the intersection of feminism and their religious beliefs. 10:00-10:45 a.m. Marriott Conference Center A.

Machines of Loving Grace: The Quest for Common Ground Between Humans and Robots. John Markoff, a Pultizer Prize-winning reporter from the New York Times, considers if (or when) robots will take over the world. 11:15 a.m.-noon. Marriott Conference Center B.

No House to Call My Home: Love, Family and Other Transgressions. Ryan Berg, a caseworker and author of the debut book of the same name, documents the lives of homeless New York LGBTQ teens. 12:30-1:15 p.m. Decatur Library. 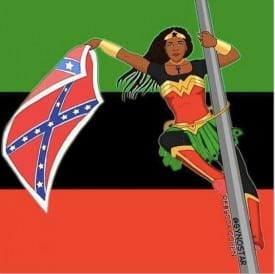 Bree Newsome, who took down the flag in Charleston, became a comic book superhero.

This Woman’s Work. This mixed genre panel will feature a discussion about how women across ethnicities and classes are portrayed in stories. 12:30-1:15 p.m. Marriott Conference Center B.

That Should Be a Word: A Language Lover’s Guide to Choregasms, Povertunity, Brattling and 250 Other Much-Needed Terms for the Modern World. Word lovers unite! A talk with Lizzie Skurnick, the writer of The New York Times Magazine column, “That Should Be a Word.” 1:45-2:30 p.m. First Baptist Decatur Carreker Hall. The State of Publishing for People of Color. Writers of poetry, fiction and nonfiction, including bestselling author Roxane Gay, take on the controversial topic of the role of race in publishing. 3:00-3:45 p.m. First Baptist Decatur Sanctuary.

How to Bake a Pi: An Edible Exploration of the Mathematics of Mathematics. Author Eugenia Cheng is determined to reduce math-phobia by combining her love of cooking with her love of math. 5:30-6:15 p.m. Marriott Conference Center B.

Give Us the Ballot: The Modern Struggle for Voting Rights in America. Ari Berman, a political correspondent for The Nation, explores the lasting affects of the 1965 Voting Rights Act. 5:30-6:15 p.m. Decatur Presbyterian Sanctuary.

To Be Other. Three authors, including novelist Celeste Ng, discuss the need to incorporate minority culture into mainstream culture, as well as the path toward an equal, high-quality representation of all ethnicities, backgrounds and sexual orientations in publishing. 12:00-12:45 p.m. Decatur Library. 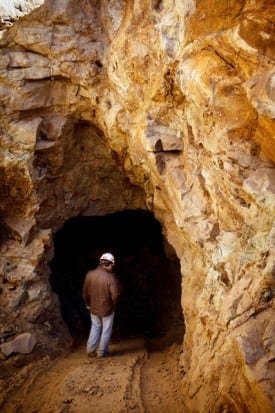 Deep Dark Down tells the ordeal of the Chilean miners. Here, Pablo Rojas, trapped for 69 days. (Photo by Tomas Munita for The New York Times)

Good and Cheap: Eat Well on $4 a Day. Leanne Brown demonstrates how to eat healthily on the daily amount given by the Supplemental Nutrition Assistance Program, formerly known as food stamps. 1:15-2:00 p.m. Food & Cooking Stage.

How to Clone a Mammoth: The Science of De-Extinction. Evolutionary biologist Beth Shapiro, a pioneer of ancient DNA, asks the question — could extinct animals ever be brought back to life? 1:15-2:00 p.m. Marriott Conference Center A.

Deep Dark Down: The Untold Story of 33 Men Buried in a Chilean Mine, and the Miracle That Set Them Free. Hector Tobar recounts the 69 days that miners were trapped inside a San José mine in August 2010. 2:30-3:15 p.m. Old Courthouse.

A Guest at the Shooters’ Banquet. In this memoir, Rita Gabis documents “the holocaust by bullets” as she returns to Lithuania, the country of her grandfather’s birth, to learn all she can about the man she thought she knew. 3:45-4:30 p.m. Old Courthouse.

Pro: Reclaiming Abortion Rights. Katha Pollitt, columnist for The Nation, discusses why terminating a pregnancy can be a force for good for women, families and society. 3:45-4:30 p.m. Decatur Recreation Center Studio. 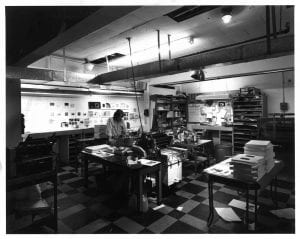 ArtsATL in Conversation: A look at Nexus Press. Artists’ books are the topic of this discussion moderated by ArtsATL executive editor Catherine Fox. Panelists are Michael Goodman, Clifton Meador, JoAnne Paschall, former directors of the press, which produced many inventive examples of this genre. 1:15 p.m. Sunday, Decatur Library.

Disclosure: Anjali Enjeti is a member of the DBF programming committee.