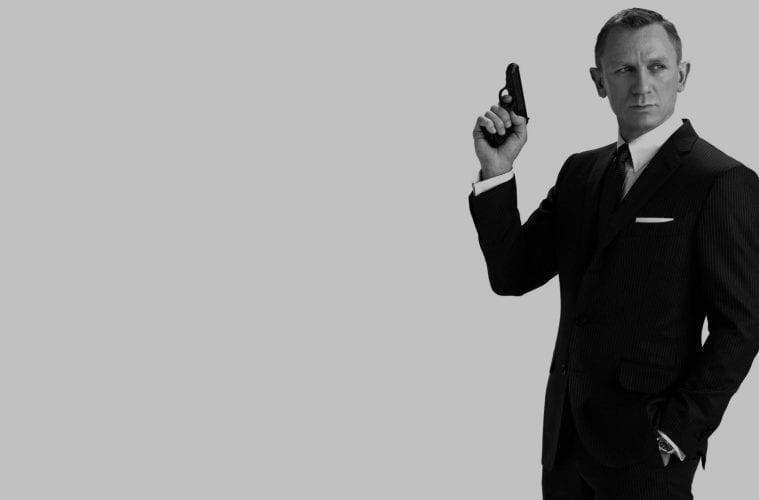 As SCAD hosts 007 tribute, Daniel Craig has emerged as a perfect Bond for our time

Eon Productions recently set a November 2019 release date for the yet untitled James Bond 25. Little else officially has been confirmed about the film, including whether shooting locations will include Pinewood Atlanta Studios (Bond films are traditionally filmed at the main Pinewood facilities in the United Kingdom). There is also word that Daniel Craig, who infamously remarked, “I’d rather slash my wrists than play James Bond again,” may once again don the tux, saunter into that Vertigo spotlight — an impossible camera shot through the barrel of a gun — take aim and fire his Walther PPK.

For the time being, we might mercifully be spared the spectacle of speculating over the casting of the seventh 007.

As the Bond machine prepares to gear back up, the Savannah College of Art and Design (SCAD) concludes a film series this month that celebrates the screen history of 007 (Goldeneye plays Friday and Casino Royale shows August 18), the question takes hold: is Daniel Craig the ultimate James Bond? It is, as all Bond fans know, a complicated question.

Ten years ago, in anticipation of Casino Royale, haters and prognosticators were busy taking the piss out of relatively unknown Craig. Fans pleaded for the likes of Clive Owen, Jude Law or Hugh Jackman. A poll of AOL subscribers(!) rejected Daniel Craig by over 78 percent. An especially enterprising troll started the website DanielCraigIsNotBond.com, calling for a boycott of Casino Royale, with rants like, “Let’s face it, Craig does not look like Bond, does not act like him does not have the gravitas, and fans and the public will not accept him as Bond. That I guarantee you . . . If people do go and see Casino Royale with Craig, you can sure forget the two films after that.” 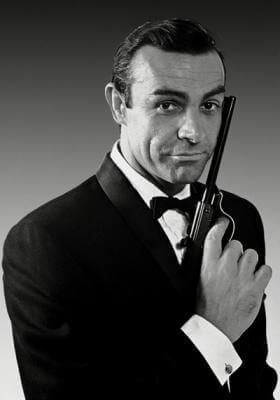 “Mr. DanielCraigIsNotBond.com” could not have been further off the mark.

In his four-film tenure as James Bond, starting with Casino Royale in 2008, Craig’s movies have grossed $3.28 billion globally — an average take of $820 million per picture. For comparison, average per film take, by Bond actor based on worldwide gross, adjusted for inflation, are as follows:

These numbers are telling. Pierce Brosnan, whom Craig replaced as Bond, performed admirably in the role over the course of his four-film cycle between 1995 to 2002. He remains in the middle of the pack for a variety of factors beyond his control.

First was the emergence of the innovative Mission: Impossible series (1996, 2000, 2006, 2011, 2015; combined worldwide gross $2.7 billion), which fused cat-and-mouse spy intrigue with breathtaking action set pieces in exotic globe-trotting locales. Reinventing another ’60s-era spy saga, these films out-Bonded Bond by distilling the best elements of the original films, and making them exciting, dangerous and fun.

It would also be a mistake to ignore the residual impact of the Austin Powers Trilogy (1997, 1999, 2002). Decidedly over-the-top, as a Bond parody the films uncannily exposed how silly, predictable and anachronistic the series’ conventions had become: a preponderance of goofy gadgets, ridiculously sexed-up (and explicitly sexist) monikers for the femmes fatale, a solid rogering of the absurdity of the archtypical Bond villain, an evil doctor hell-bent on world domination, who possesses enough wealth to buy an island, construct an elaborate lair and hire his own private mercenary army, to name a few.

It was bad luck for Brosnan that his tenure fell in the window between the fall of the Soviet Union and the immediate aftermath of 9/11. A product of the Cold War, in this period, James Bond was searching for his raison d’être in the new world order. Brosnan’s fourth and final film, Die Another Day (2002), includes hard time in a North Korean prison, Halle Barry paying homage to Ursula Andress’ Honey Ryder as a bikini clad NSA operative called Jinx, and somewhere-in-the-world set pieces in Cuba, Hong Kong and Iceland. It is literally all over the map. 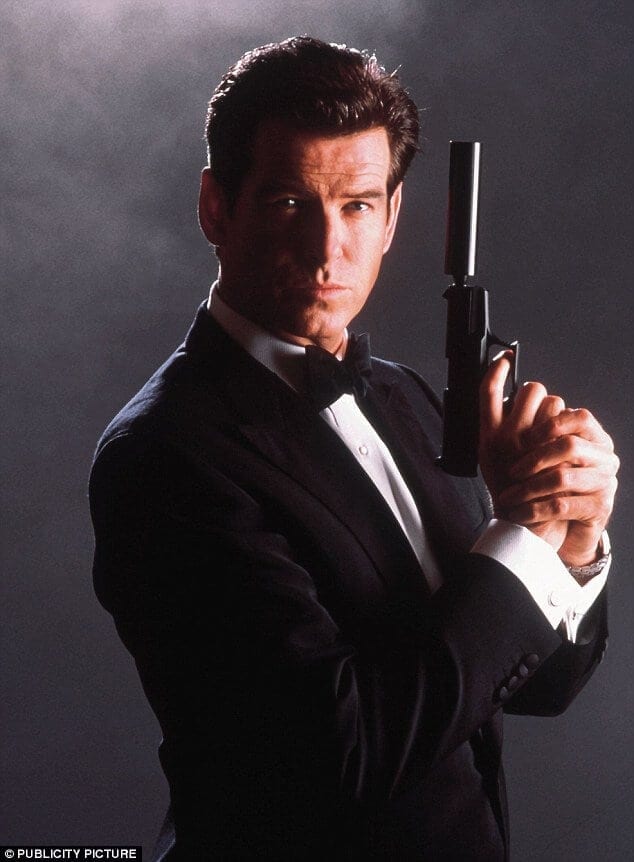 Brosnan was suave and smooth, but in an era that valued gritty realism.

Critics lamented the film’s poor CGI visual effects and complained of “too many explosions.” Attempts to make Bond relevant by going bigger and louder were decidedly out-of-step in a world with an appetite for the flawed heroism, gritty realism and unbridled intensity of Jack Bauer and Jason Bourne, both of whom share the initials of 007, and both of whom emerge as iconic figures at this time.

After the final Brosnan film, it would be four long years before Bond returned to the big screen.

The producers gambled big in 2008 with Casino Royale, taking a back-to-basics approach that symbolically stripped the character bare, no accoutrements and gadgets, and blasted him in the bollocks. In so doing, they set a new paradigm, jettisoning years of bloat and atrophy, leaving Bond to his wits. Casino Royale infused Bond’s world with a dynamic energy that comes from not knowing what will happen next. Real and present danger pervades the movie, each frame overflowing with unfettered excitement.

Casino Royale proved to be that rare achievement in Hollywood — a critical darling that is also a box office smash. The best reviewed Bond film in a generation, receiving a 95 percent positive rating from the review aggregation site Rotten Tomatoes, the film grossed a worldwide total of $599 million.

Betting on Daniel Craig as the right Bond for a modern audience, the producers hit the jackpot. This tack would not have worked had Craig fit the central casting bill of a prefabricated Bond (like Brosnan).

It is precisely because he is unexpected that Craig is able to reinvent the character. Rather than assuming the movie-star mantle, he reaches deep into Ian Fleming’s text and emerges as a damaged soul, an unpredictable gambler, a borderline personality capable of brutish violence and intense passion. Craig’s Bond feels authentic, both contemporary and undeniably classic. He exudes a postmodern cool infused with a rugged masculinity.

He is the perfect JB for our time.

(Editor’s note: This story has been updated to correct that Eon Productions does not own Pinewood Studios, it is only headquartered at Pinewood in London, and it is unknown whether the film will use the Atlanta Pinewood facilities. ArtsATL regrets the errors.)