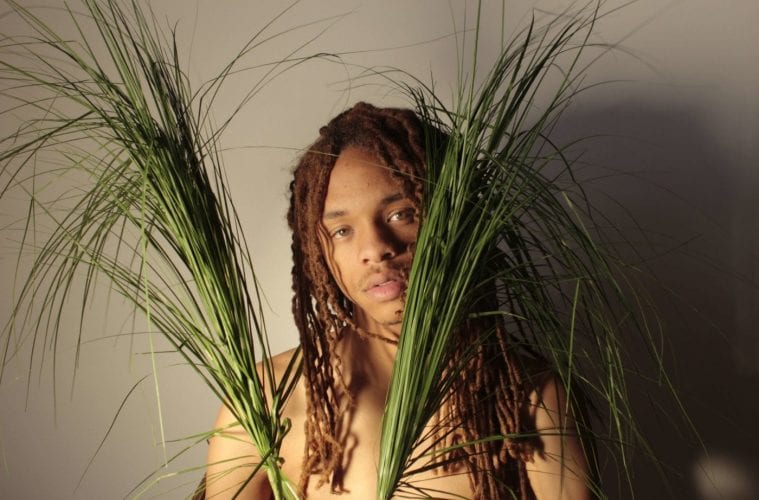 A conversation with musician MonteQarlo about challenging systematic oppression

Like a poet with understandings of haunted pasts yet looming a ladder toward a more enriching future, the singer and musician MonteQarlo ventures beyond mere entertainment. Qarlo’s dreamy stream of consciousness is an anomaly in the Southeastern music scene, simultaneously evoking a fresh form of minimalist R&B with an avant-garde flare little known to Atlanta’s underground electronic scene. Composing musical works since the age of 13 and drawing from familial and cultural histories, Qarlo’s expression of electrifying queer and femme energy manages to defy and transcend genre and label. Where Atlanta’s electronic scene has known opposite spectrums from house to noise, venues like Eyedrum, Mammal Gallery and Rowdy Dowdy have been blessed by Qarlo’s soulful ubiquity.

Qarlo’s most recent single, “Melt,” harkens to a nostalgic romance that crescendos into a wistful and sensual fury. The Blue Wire EP fluctuates between sweet, bittersweet, biting and beautiful, supported and tied together through samples musing on the power of creative energy and political resistance. Interweaving emotion and experience into the songwriting and lyrics, MonteQarlo as a live act is drenched in incandescently pure presence. As a performer who conjures intentional atmosphere through visual and dramatic elements, Qarlo’s intimate works go beyond musical parameters and permeate into the sphere of art at large. Qarlo’s dress, stage, movement is a holy energy-raising ritual. Allowing oneself to languish in fantasy, to dream, and thus make moves to express and own it is half the battle. With a DIY approach to actualizing art, Qarlo has cultivated their creative fire and manifested it beyond mere ideas on their own path to empowerment.

Approaching art with an openness, Qarlo’s honest engagement on stage goes beyond technicalities and talent. Qarlo cultivates performances full of intensity and feeling, wrapping bystanders into the raw experiences communicated within their songs. Qarlo is capable of coaxing the audience into a glowing cocoon of not just sound but a vulnerable yet comfortable space rarely seen with performers. Though frequently solo, Qarlo’s ethereal captivation draws a variety of frequencies in others. Uplifting, eager, yearning, joyful, bursting and bubbling, fluctuating between a hush and a flood, those there to witness find themselves enveloped in Qarlo’s unabashed yet fluid expression on the stage. Atlanta’s overwhelming lack of femme expression in both heteronormative and homonormative nightlife has beholden MonteQarlo as a deeply needed breath of fresh air.

Alongside performing, MonteQarlo’s dedication to creating a haven for underrepresented queers is relentless. Supported by a community of fellow artists, such as Sequoyah Murray, the band Loner and DJ collective Morph, this group effort has created visibility, but not without obstacle. Shunning need for validation from audiences produced under white capitalism and instead honoring success and support via one’s peers, the hostility of a dismissive society remains a negative energy. Good friend and colleague Taylor Alxndr and the organization Southern Fried Queer Pride have been instrumental in creating events where celebration of identity is not only possible in the midst of gentrification but downright thriving in spite it. Locally, the imminent danger is obvious. Atlanta’s rapid redevelopment, partially due to relocation from the West Coast film industry, has driven people out of their homes and threatened DIY venues that already suffer from little to no funding. Qarlo’s venture in communal connections has consequently forced them to join the struggle along with it.

As these showcases have organically taken root, radically growing, a new batch of happenings have been in the works. UK’s Channel 4 has featured some of these Southeastern artists and activists on a recent episode of Sound and Vision. A new monthly showcase appropriately named AMEN will be hosted every first Thursday at Sister Louisa’s Church Bar; this is the first recurring queer performer event in the Edgewood neighborhood since the origination of Tossed Salad at Noni’s many years back.

For the health of future generations, adding an unwavering voice to help protect spaces that young queer people of color can rely on is essential. This is a task that Qarlo and friends hold close to their hearts and assert through the actualization of their own ideas and aspirations. MonteQarlo talks to ArtsATL about creating and participating in the community and challenging systematic oppression. 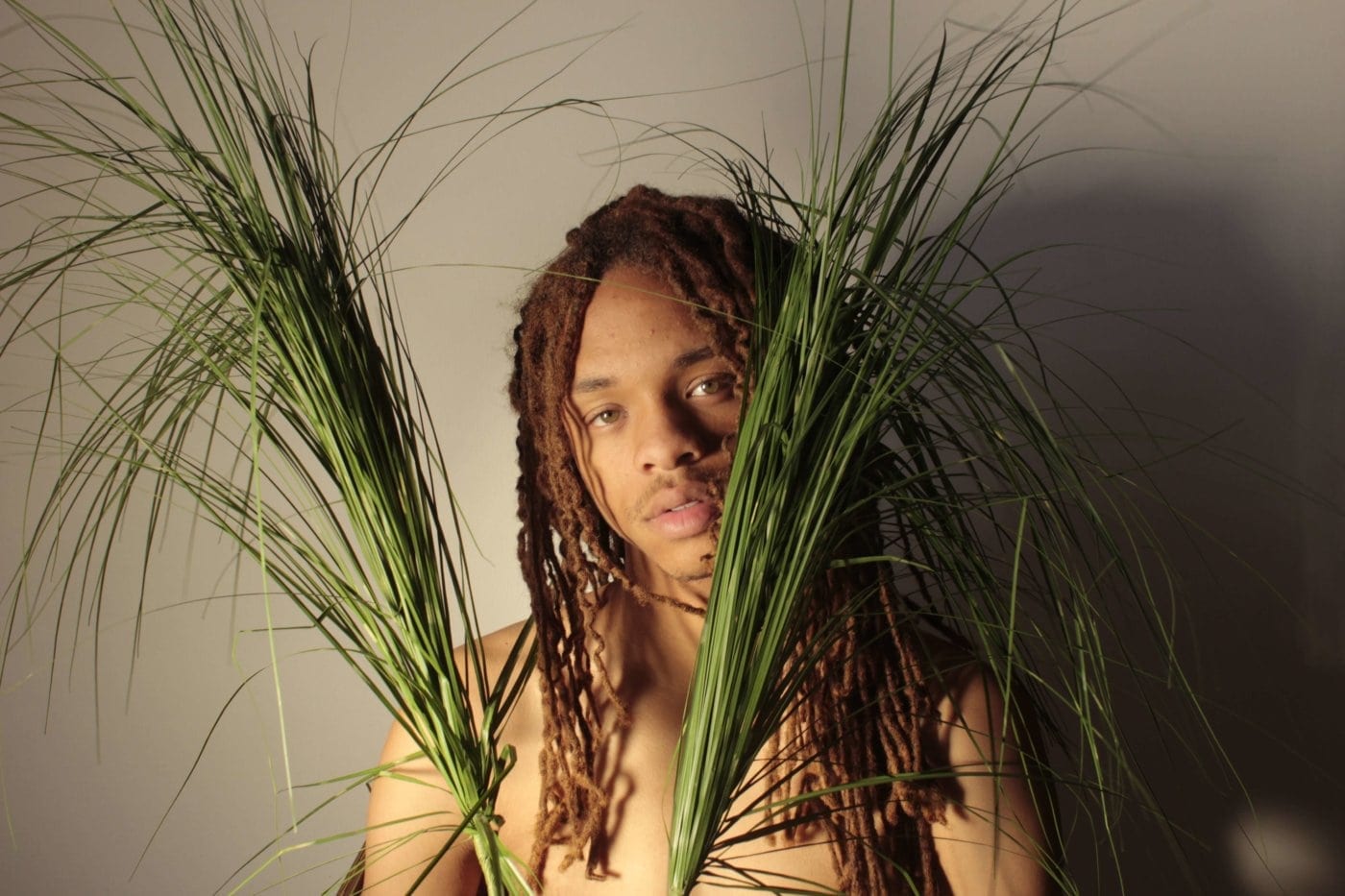 ArtsATL: How long have you been in Atlanta? What’s your process for making music?

MonteQarlo: I’ve been in Atlanta for almost four years and moved here from Columbia, South Carolina, to pursue music and find people that I relate to. Generally, my creative process consists of being bored writing or composing something to keep the existential dread at bay and saying to myself “oh, that’s actually not bad,” then collaborating with better artists to make something of quality.

ArtsATL: You’ve built a presence in the music and art community in a short time. What have you been doing lately?

Qarlo: Right now, I’m putting a band together and working on my new EP and music videos. As far as shows, we’ve got the GNC label release and AMEN at Church Bar. The next CLUTCH will be on August 5.

ArtsATL: CLUTCH definitely seems to stand apart from many queer dance parties. How would you describe it as an event?

Qarlo: CLUTCH is a QTPOC (queer and trans person of color) haven where transness, blackness, Southerness and local art are centralized and uplifted in celebration of everyday resistance.

Qarlo: Celesthesia is honestly one of the most innovative, engaging, uplifting experiences I’ve been a part of as a performer. Josh Loner has put so much time and attention to detail into this production, and folks are really gonna be blown away by the scale of what they’ve curated. I’m so proud of them!

ArtsATL: Would you consider yourself a DIY artist?

Qarlo: Absolutely! I’m a DIY artist through and through. All my music, looks, writings, shows and videography are produced independently with occasional collaboration with friends. Particularly my recordings I think sell my entire crusade, which is to highlight Atlanta’s DIY, young, embolden black creative movement that honors and expand the legacies of Dungeon Family, Bricksquad and Daemon Records.

ArtsATL: In what ways do DIY spaces aid you and the communities you feel most akin to?

Qarlo: DIY spaces offer an opportunity for folks with less capital to find and build community. Where corporate venues, clubs and galleries require sponsors, binding contracts, insurance and whatever other inaccessible noise, DIY spaces unassumingly allow creatives to come in and be raw. They’re especially necessary in cities like Atlanta that are being rapidly and overwhelmingly whitewashed and gentrified to the point where racist, aggro cops are put on patrol outside of venues looking for an excuse to shut the party down. DIY spaces are hubs of resistance, and we have to protect them.

ArtsATL: In what ways does your experience interconnect with your artistic expression?

Qarlo: My identity informs my art in that I’m free to express myself through the lens of drag or prose or photography or music without risking palpable failure. Being queer, black, poor and uneducated in America is basically a prison sentence. By this country’s socioeconomic standards, my identity equates to failure. To express my blackness, queerness or need for resources in a corporate setting is to be ostracized, set up to fail. Most jobs that pay a liveable wage won’t even let me wear my natural hair. In my music, I chant about Ethiopiutopia and flirt with boys. I list all the shit I can’t afford and all the reasons why university schooling is trash in my poetry. I’m a damn drag queen. There’s no goal to miss, no lost treasure to find. I create cool shit, put it out and reap what’s sown. My art usurps capitalist, white supremacist standards by owning and expressing my identity and earning capital in spite of it being condemned on all fronts. In turn, I’m able to thrive and also help out other marginalized folks. Through my art, I am my own well.

ArtsATL: There’s also a true connection in this where the personal is political, though a lot of people deny and are disconnected from this.

Qarlo: The connection is that our choices have far-reaching, often unseen effects on other people, so we have to consistently hold each other accountable. Whatever personal privilege you have, use it to improve other people’s quality of life and promote tangible equity. I really hate when people try to opt out of politics under the guise of issues “not mattering” or “being out of their control” or whatever. History proves that to be B.S. over and over again. Just be honest and say it’s not a priority for you. You’re too busy, too lazy, comfortable, whatever the case. I’m not scared of cops or the FEDs or bitter baby boomers desperately clinging to an evaporated pool of resources they left in the sun too long. I’m scared of people remaining complacent while black trans women and Palestinians and all these disenfranchised people who grow culture in their backyard are attacked and expected to apologize for existing. As an artist, I feel it’s my job to remind people that they’re powerful and have a responsibility to use that power to dismantle all fuckery.