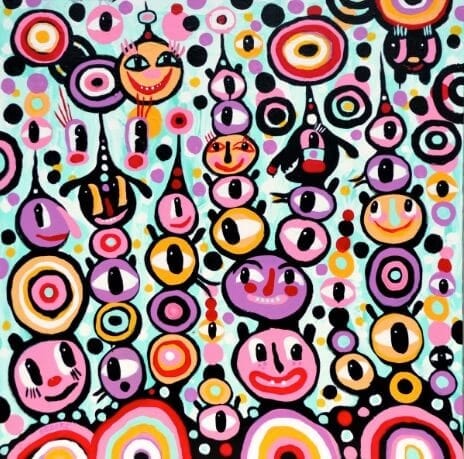 Kyle “BlackCatTips” Brooks: A Bowl Full of Happiness. The Atlanta-based poet and street artist known for his colorful work filled with cartoon-like anthropomorphic shapes and faces has his first gallery show. Through September 1. Spalding Nix Gallery.

Gillian Welch. The alt-country singer-songwriter performs songs from her new album The Harrow and the Harvest. August 5 at 8 p.m. Symphony Hall.

Garbage Book Signing. Members of the seminal 1990s rock band Garbage make a live in-store appearance to sign their new book, This is the Noise That Keeps Me Awake, which tells the story of the band. August 6 at noon. Criminal Records.