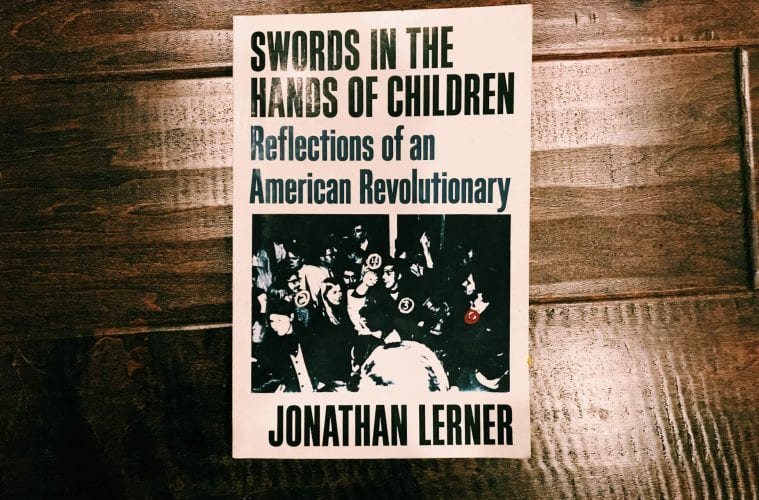 Political change is a long process: a conversation with Jonathan Lerner

In a political environment that is increasingly polarized and even electrified, it becomes increasingly important for the average citizen to understand the motivation behind political protesters who are moved to violence. Can compassion and passive protest dissuade extremists ripened and teeming with violence? Another, more disturbing thought — at what point does violence become a necessary tool in the artillery of resistance?

I would have been motivated to read Jonathan Lerner’s most recent book, Swords in the Hands of Children: Reflections of an American Revolutionary (OR Books, 216 pp), if only to better understand and contemplate these larger questions that plague our country and our world daily. The fact that he’ll be speaking on Thursday, October 12, at Whitespace Gallery just sweetens the deal. For context, Jonathan Lerner (editor’s disclosure: a former contributor of this site, but before my tenure) was a founding member of Weather Underground, a radical group that was founded in 1969 from a faction of Students for a Democratic Society at the University of Michigan. Their approach to protest was militant, radical and left-wing with the aim to overthrow the US Government through the formulation of their own illicit political party. 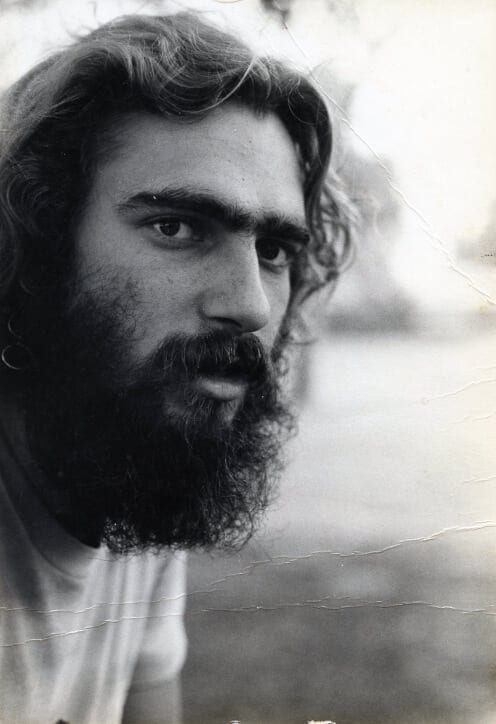 It was a charged time — the media that had once protected the general populous from the horrors of war broadcast the truth of Vietnam daily. The nonviolence of the Civil Rights movement had given way to Black Power. And then there was Weather Underground, declaring a state of war against the US Government, breaking Dr. Timothy Leary out of jail and conducting a series of bombings of government buildings and banks throughout the mid-1970s. They attacked the Pentagon, the Capitol Building and the US State Department. In the midst of this chaos was Jonathan Lerner, the organization’s “minister of propaganda,” who had started out as an idealist protester at Antioch University. But his passion was soon ignited by the charismatic leadership of the SDS and the allure of destruction.

So really, Swords in the Hands of Children is primed and perfectly timed for publication. “I had no interest in writing a memoir. I tried to twenty-five years ago, and it wasn’t good,” Lerner told me by phone. “The publisher asked me to write this about a year ago. I told him if he was serious, he’d have to evoke me. He did. He wanted me to write it because of how charged the activism has become, both on the left and right. I felt compelled — there were lessons to be shared.”

The book, Lerner’s third, showcases a necessary level of vulnerability that oscillates between confrontational, poignant and intentionally awkward. His own discomfort with his sexual orientation, his early, well-intentioned but culturally insensitive protests — it’s all here. In one of the establishing scenes, a 13-year-old Lerner attends a picket line in Washington, DC:

I was the youngest person there. And I didn’t know anybody else. Also, I was one of only a handful of white people, and being in favor of civil rights for black people didn’t mean I actually knew any black people, aside from the woman who cleaned our house.

That level of honesty can be rare in contemporary conversations, and with good reason. “The danger with the identity politics we’re experiencing today, this era and culture of political correctness, is that it fosters a fear of saying the wrong thing,” he tells me. “One misspoken word can be interpreted as a micro-aggression or trigger warning. Sensitivities certainly have validity, but it makes it impossible to have an honest conversation.”

The 13-year-old picket fencer evolved far beyond that, or the militant protester, or eventually the high-rolling gay hustler he became. “We were a great negative model. We were middle-class students who convinced ourselves we were living in a police state, with only a hyperbolic sense of what was going on. We encouraged ultra-militance. We weren’t thinking clearly because we were young and hot-headed and we had charismatic, sexy leadership.”

When I asked him what advice he would offer today to young protesters drawn toward violence, he paused to think. “Never abandon your ability to think critically or disagree,” he said. “We evolved in a way that made it hard to disagree. We were beaten back into submission. Thinking critically was something I didn’t do. I didn’t even think about my own individual skills or how it might be best to contribute.”

In that aspect, he certainly has changed — Swords in the Hands of Children might be the most necessary and poignant way he could contribute today.

Jonathan Lerner will be in discussion at Whitespace Thursday, October 12 at 7 p.m.