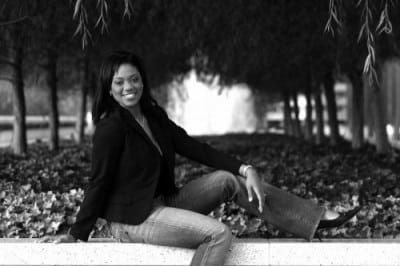 Puccini’s “La Bohème” opens the season Oct. 2 with a mostly young cast, every one of them making a company debut. Italian soprano Grazia Doronzio, who will sing Mimi, is a recent grad from the Metropolitan Opera’s Lindemann Young Artist Program and has sung Liu in “Turandot” at the Met and in Mozart’s Requiem with conductor James Levine and the Boston Symphony — a promising résumé. Tenor Bryan Hymel, the Rodolfo, is also a recent graduate from several distinguished training programs. He’s earned rave reviews for the smaller roles he’s sung. Soprano Jan Cornelius is cast as Musetta, Matthew Curran as Colline and baritone Andrew Garland as Schaunard. Conductor Gregory Vajda, who is still learning how to accompany singers from the pit, was solid, if not brilliant, in the Atlanta Opera’s “La Cenerentola” and “Roméo et Juliette.” He will return to conduct “Bohème.” The stage director will be David Gately, who put together Atlanta’s “Cenerentola” and “Elixir of Love” productions. Sets will be rented from Arizona Opera. (Oct. 2, 5, 8, 10, 2010.)

Despite a surfeit of hit arias, Gershwin’s “Porgy and Bess” is difficult to produce successfully, in part because of the large and tricky part for chorus. As demanded by the Gershwin estate, the chorus and the entire cast must be African-American. The Atlanta Opera has performed it just once, in 2005, and did such a sensational job that Paris’ venerable Opéra-Comique hired Walter Huff’s specially-recruited “Porgy” chorus to sing in Paris and other European cities in 2008. By an insight of strategic genius, Huff and the Atlanta Opera maintain a standing “Porgy” chorus, ready to be dispatched anywhere in the world. (That plan was put on hiatus when the Great Recession hit.)

“Porgy” will return to the repertoire, its first time in the Cobb Energy Performing Arts Centre. Most of the principal singers will be making their company debuts. Soprano Laquita Mitchell (above) will sing the messed-up Bess; Chauncey Packer sings and dances drug-dealin’ Sportin’ Life; baritone Michael Redding, an Atlanta native, plays sympathetic Porgy; and sweet Clara, who lullabies her baby with “Summertime,” will be soprano NaGuanda Nobles, a Georgia native. Boston Pops conductor Keith Lockhart has had a rocky career as he attempts to break from the pops-Americana circuit, despite abundant talent, and will make his Atlanta Opera debut. (Feb. 26, March 1, 4 and 6, 2011.)

Mozart’s cynically comic “Così fan tutte” closes the season with another promising cast, loaded with training and young-artist awards: Keri Alkema and Jennifer Holloway as the sisters Fiordiligi and Dorabella, Matthew Plenk as Ferrando, Jason Hardy as Don Alfonso and Kiera Duffy as Despina. No word yet on who will sing Guglielmo. Stage director Jose Maria Condemi and conductor Kazem Abdullah will make their Atlanta Opera debuts. (April 9, 12, 15 and 17, 2011.)