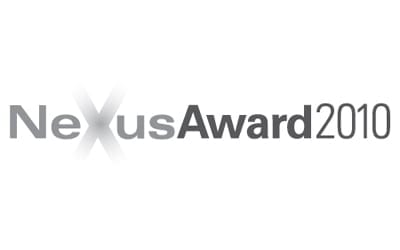 Who needs the Oscars? Atlanta has the Nexus Award. Created by the Atlanta Contemporary Art Center, it will recognize outstanding Atlantans who have made a profound contribution to the visual arts, both locally and nationally.

Its first recipients, who will be honored at a benefit event on April 21, set a high bar: Andrea Barnwell Brownlee, director of the Spelman College Museum of Fine Art, and Jerry Cullum, editor-at-large of Art Papers magazine.

Brownlee has built the Spelman College Museum into a nationally recognized venue, especially in the realm of contemporary female artists of the African Diaspora. In addition to curating provocative exhibitions, which frequently introduce artists to Atlanta, Brownlee cultivates understanding through her accessibility and enthusiastic presence.

At 63, Cullum has been a backbone of the art community for more than a quarter century. A critical voice in the AJC, national publications and the blogosphere as well as at Art Papers, he has curated exhibitions and written countless catalog essays for local artists, often gratis, and spent so much time mentoring and encouraging them that one dubbed him the art community’s parish priest. Cullum’s broad knowledge of world religions, literature and history distinguish his writing and create a rich context for the work he discusses.

The Contemporary’s board of directors made the selection based on a set of criteria including significant achievement in scholarship or criticism; a role in helping to establish or further dialogue about Atlanta art and visual culture; public advocacy and leadership; and serving as an ambassador for Atlanta arts outside the community.

The award might go to artists, dealers or collectors as well as curators or critics — anyone “who sets the standard of excellence,” says artistic director Stuart Horodner. There is another agenda here. The Contemporary sees itself as a catalyst in building the art community. Celebrating role models is like teaching by example. People step up, do serious work, serve the greater good: This is how it’s done.

The award is named to honor The Contemporary’s roots. It was born as Nexus, an artist-initiated gallery and press, in 1973.