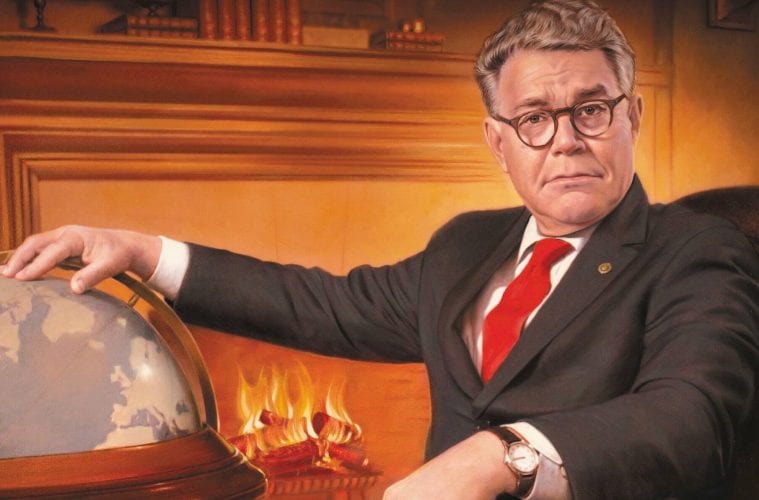 Our top picks for the MJCCA Book Festival

Gail O'NeillNovember 1, 2017
Books
The Marcus Jewish Community Center of Atlanta kicks off its 26th annual book festival on Saturday, November 4, giving book lovers the chance to indulge in two weeks of lectures, book signings, panel discussions and face time with 45 authors, celebrities and influencers from across the literary spectrum.

Guest speakers this year run the gamut, with a timely emphasis on politics: from a Supreme Court Justice to a pair of First Daughters, from a beloved veteran of local politics to a comedian-turned-senator and from fiction writers to a pioneer of broadcast journalism.

With so many options to choose from, personal preference and word of mouth tend to be the best guides when trying to decide where to spend your time. But ArtsATL has curated a Top Five list for those who are still undecided . . . or simply willing to explore uncharted territory.

JUSTICE STEPHEN BREYER, The Court and the World. Saturday, November 4, at 8:15 p.m. 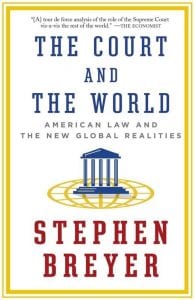 From the conduct of national security policy to the conduct of international trade, 21st-century justices are obliged to understand and consider circumstances beyond America’s borders in a way their forbearers might not have imagined.

In a recent review, The Economist calls The Court and the World “a tour de force analysis of the role of the Supreme Court vis-a-vis the rest of the world.” Adding, “. . .in his characteristically measured, above-the-fray style . . . Mr. Breyer provides in-depth yet lucid accounts of how the court has approached many instances of cross-border justice, from anti-trust lawsuits to child custody battles to purported human rights violations. . . . Readers of all political and ideological persuasions might learn something.” 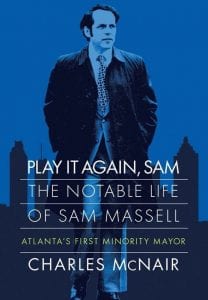 As partisan bickering, back-stabbing and sniping reach a fever pitch in anticipation of Election Day, there is no better time to be reminded of a 90-year-old who has been there, done that and remains firm in his conviction that Atlanta is still “the city too busy to hate.”

That slogan was no easy feat at the height of the Civil Rights Movement in 1969. But when Sam Massell was elected the first Jewish mayor of Atlanta, he changed the city’s elections to nonpartisan, allowed Muhammad Ali to fight when 50 other cities would not, established MARTA and appointed the first woman to the City Council.

Play It Again, Sam, written by local author and Pulitzer Prize nominee Charles McNair, offers a new perspective on one of Atlanta’s most beloved (and busiest!) political forefathers who served 22 years in elected offices, 20 years in commercial real estate, 13 years in the tourism industry and is currently in his 30th year of association management as the president of the Buckhead Coalition.

McNair will be in conversation with AJC political reporter Jim Galloway. 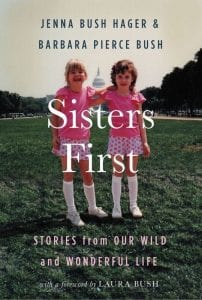 Imagine being stalked by the media, typecast in the most reductive terms then having those characterizations served up for public consumption — from adolescence through young adulthood, no less — and you’ll have an idea of the not-so-rosy side of getting to live in the White House.

Sisters First offers an intimate glimpse into the lives of twins Jenna and Barbara Bush, former First Daughters who were born into a political dynasty. At turns hilarious and poignant, the book will be an eye-opener to anyone who enjoys anonymity in private life. But it will also resonate with anyone who has a soft spot for stories about filial love, loyalty and the ineffable ties that can bind sisters for life.

The twins will be in conversation with New York Times bestselling author Emily Giffin. 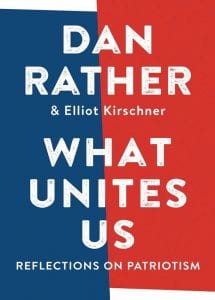 First and foremost a Texan, Dan Rather is an award-winning journalist who has covered every important dateline of the last 60 years — including the assassination of President John F. Kennedy, the Vietnam War, Watergate, the fall of the Berlin Wall, the Chinese government’s crackdown on Tiananmen Square and the terrorist attacks of 9/11.

What Unites Us is a compilation of 16 original essays that address questions of freedom, community, exploration, responsibility and character. Throughout, Rather stresses the need for a national commitment to science, the arts, public education and the environment. And he believes the prognosis is good.

He writes, “I ultimately have faith in the basic decency of our American citizenry, and indeed people around the globe. I believe strongly that the core tenets I love most about this nation can be a foundation for commonality and strength once more.” 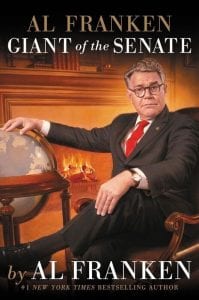 Senator Al Franken, who has represented Minnesota in the United States Senate since 2009, will be the featured guest on closing night.

Giant of the Senate is a candid memoir by the former comedian, author, radio talk show host and Saturday Night Live alum who decided to run for office and won — following the closest outcome in history and an unprecedented eight-month recount saga.

Once he embarked on his new political career, however, the self-described “progressive satirist” was forced to reconcile the deeply polarized, frequently depressing and occasionally inspiring political culture.

Written from within the belly of the beast, Giant of the Senate is an inside story and a cautionary tale about why comedians might want to stay in their lane and leave the funny business to seasoned politicians.

Also on our schedule:

GAIL SALTZ, The Power of Different. Sunday, November 5, at 3 p.m.

In her new book, the author argues that the same conditions that cause people to experience difficulty at school, in social situations, at home or at work are inextricably bound to creative, disciplinary, artistic, empathetic and cognitive abilities.

The New York Times bestselling author of Zealot and host of the show Believer explores the origins of religion and the concept of the “humanized god,” a divine version of ourselves.

The new novel The Weight of Ink follows the interwoven tales of two women, an emigrant from Amsterdam who scribes for a blind rabbi in the 1660s and an ailing historian with a love of Jewish history in the 21st century.