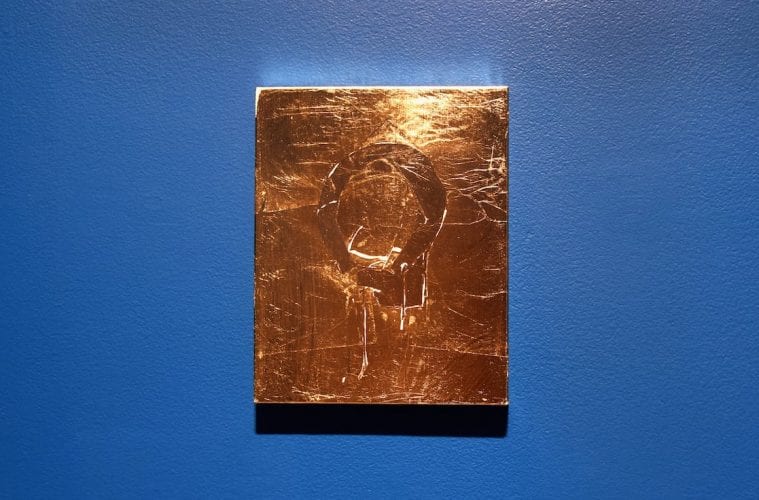 Opinion: Mourn, then make it count

ArtsATL is a nonpartisan organization as dictated by our nonprofit status. Christeene Alcosiba is the Manager of Operations and Public Programming at Emory University’s Stuart A. Rose Manuscript, Archives, and Rare Book Library and an organizer with the Atlanta chapter of SURJ – Showing Up For Racial Justice.

As a writer, academic librarian, and activist, I have dedicated my personal and professional practice to contextualizing and confronting contemporary intersections of race, class identity and gender through the lens of history. In the past three years, as the number of Black men and women killed by state violence increased, as the Supreme Court invalidated key parts of the Voting Rights Act of 1965, as Islamophobia and anti-immigrant sentiment broiled from Minnesota to Mississippi — I have sought to learn from and collaborate with other artist-activists whose work takes ambitious strides to address these challenges head-on.

Right now, there is a flourishing of established and emerging artists, organizations, magazines, editors, collectives, and curators who are creating the space for dialogue, protest, and healing. Everything is up for grabs here. Every discipline, place, and space are primed to be activated for creative activism.

Nationally, organizations like the Intiman Theatre in Seattle are dedicating their entire festival seasons and production schedules to plays addressing issues of equity. Places like the Center for Artistic Activism, are helping practitioners to bridge the gap between creative practice and direct action. In the literary arts, groups like the Dark Noise Collective perform, tour, and lead workshops organized around ideals of intersectionality, identity, and queer-affirmation. Pioneering artists like Rick Lowe and Theaster Gates have led the charge for reclaiming and restoring abandoned buildings as art spaces, low-income housing, and sites of innovation with initiatives like Project Row Houses and the Rebuild Foundation.

Locally, we have been gifted with known artist-activists like Fahamu Pecou, whose oeuvre and current show #BlackMatterLives reenvisions the narrative of state violence against black bodies. Currently, up at Arnika Dawkins Gallery, we can view Ervin A. Johnson’s #InHonor. Painters like Julie Ann McKevitt, founder of Paint Love, brings resources and classes led by professional artists to students from underprivileged areas in metro Atlanta; these students are often victims of trauma and stand to benefit from the therapeutic and life-affirming benefits of artmaking. Documentary filmmakers like Isabella Alexander are exploring Morocco’s migrant crisis in her newest film, The Burning, and helping immigrant students to express their humanity through the New Americans Project at Emory University. There are endless examples of this kind of creative activism, in every field, and at every level of practice. As an organizer with the Atlanta chapter of SURJ — Showing Up for Racial Justice — I can’t help but think of the incredible potential that could be unlocked in Georgia if our artist and activist communities came together more intentionally to stage teach-ins, art-ins, and other direct actions. How could we, together, push the needle toward more comprehensive arts education, for libraries in prisons, for just about anything?

As I write this, I can think of nothing more bitter than the hard-won victories of the Obama administration (the Marriage Equality Act, the Lilly Ledbetter Fair Pay Act, and student debt reform, among many others), and the victories of the classic civil rights era being threatened in the newly present reality of a Trump presidency. To say nothing of the litany of abominable, Alt-Right-inspired policies that he has campaigned upon and promised to deliver.

I am mourning, like so many Americans today, in the deepening realization and reaffirmation that my citizenship, safety, reproductive decisions, educational opportunities and rights as a woman of color are not guaranteed in perpetuity. They certainly are not valued by a large, screeching contingency — including members of my family.

I am mourning, and in times of despair, I do what writers are often predisposed to do: look for wisdom in the words of others before us. At 3 a.m. last night, the best I could muster was from Shirley Graham Du Bois, “We are a race of artists, what are we going to do about it?” This quote was a kind of rallying point for a Decatur Book Festival panel that I co-curated with ArtsATL this year on the arts and social activism, and today as I consider what’s next, it resonates with me. What are we going to do about it?

As artists, we have always had a special obligation to use our talents to push the envelope on social progress, on genre, and on boundaries wherever they exist. The dreams, works, audacity, and conviction of artists have often ushered in or sustained social and political movements. What would the fight for civil rights in the 1960s have been without the soul of James Baldwin, the songs of Nina Simone, and the poems of Audre Lorde?

It is up to us then, friends, to take whatever is in our hands and use it for the multi-front fight we have ahead of us in the next four years, for perpetuity. For reproductive rights. For racial justice. For equality. For humane immigration reform. For climate justice. Never before have we had a moment so ripe for critical engagement, for action, for empathy, and, yes, for beauty — especially in a red state.