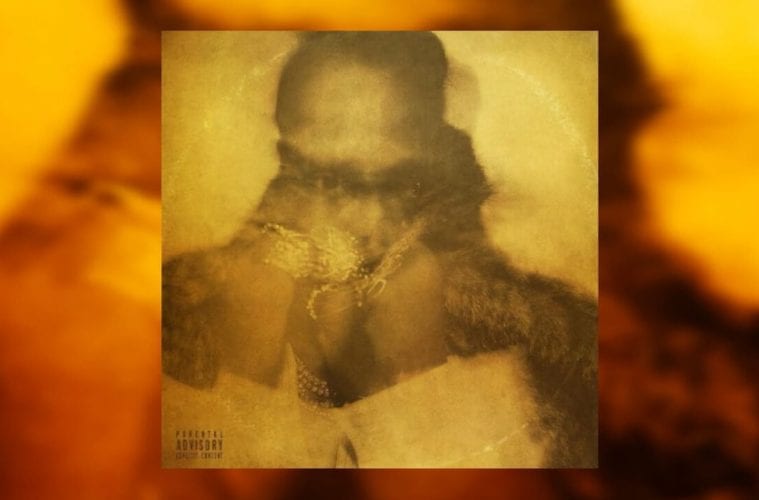 Opinion: Future takes his “mask off” for us — but what is revealed? Floyd Hall is passionate about art and technology as platforms to bring cultures together, and has worked across the media spectrum in strategy, research and production. He came of age in College Park and was shaped by experiences and life lessons in New York, London and childhood summers in Augusta. He is a proud alumni of Morehouse College, Georgia Tech and Columbia University.

We still have a long way to go in 2017, but Future’s “Mask Off” has already staked its claim as a Top-5 anthem. From the infectious flute sample (thanks, Metro Boomin) to the countless #maskoffchallenge attempts and internet memes from unknowns and celebrities alike, the song has become a legitimate cultural marker of the times and also comfortably solidifies Future in the Big Pharma Rap Hall of Fame. (Seriously, it’s hard to imagine anyone dropping any more references to controlled substances than Super Fu . . . I just hope his financial advisors have aligned his stock portfolio to take advantage of his indulgences with prescription meds. I’m serious about this.)

From the moment I heard “Mask Off” on Future’s self-titled album a couple months ago, I knew the song would be a hit. In fact, the song became so big that Kendrick Lamar, arguably hip-hop’s most revered artist of the moment, even brought Future out during his headlining Coachella set to perform it. Yet, despite this level of popularity and the historic feat of releasing back-to-back chart-topping albums in successive weeks (Future and HNDRXX), I just didn’t think he would make a video for “Mask Off” or even feel the need to; the song had already generated so much crowdsourced content that it didn’t really need visuals — the masses were taking on that responsibility in their own ways. But anyway, here we are.

Young Pluto dropped the clip on May 5, the same day as the first of his two “Nobody Safe” concert tour dates in his hometown of Atlanta. Coincidence? I’d like to think not. Directed by Colin Tilley (who also directed Lamar’s phenomenal “Alright” clip), the “Mask Off” video delivers on the art, finding rap’s favorite antihero in the middle of Dystopian anarchy, comfortably taking it all in from the comfort of his luxury automobile. With that scene set, here are a few more observations:

a. What would the world look like if we ripped the masks of order and morality off of society? Perhaps something like this video. Or, with Future being a somewhat private figure who does relatively few interviews, does this altered reality represent the world he actually sees from behind the mask he wears in public?

b. There was a meaningful encounter between Future and a kid (also wearing a mask) near the beginning of the video. They lock eyes for a moment and seem to share a moment of vulnerability before calamity ensues. Despite the controlled chaos that many assume to be Future’s public life, it’s easy to forget that he’s also a father of four children, the most famous of which he shares with singer Ciara. He’s previously talked about the sacrifice it puts on his children to have a superstar dad, so maybe it’s appropriate that his video encounter with the kid exists as one calm but fleeting moment of recognition in the midst of unfolding anarchy. Taken a stop further, this moment also pairs well with scenes from Future’s recent “Use Me” video (from the HNDRXX album) where he has another face-to-face confrontation with a presumably younger version of himself — also in some dire circumstances. Future often sprinkles his music with references of overcoming challenges related to his youth, so it’s not surprising that ghosts of that past often crop up as brief but ever-present reminders.

3. Great cinematography. With “Mask Off” already a hit song, it’s much easier to mess up this video and create something that detracts from the moment. Tilly avoided this pitfall and gave us some beautiful pictures to look at while we bob to the song. Again, they spent some money.

4. (Quavo Voice) “Hey, Amber.” If the world descended into chaos, I’m fairly certain Amber Rose would find a way to survive and thrive. She’s a good fit here as Future’s unfazed companion for the scenario that’s playing out. From motherhood to her love life to her activism, Rose is as unapologetic as Future when it comes to the rules she sets for herself. She’s come a long way in our cultural consciousness from being just “Kanye’s girlfriend” and later “Wiz Khalifa’s wife” to being her own self-made brand.

5. A DJ Esco cameo. Whenever Esco shows up in a video, he usually finds a way to steal the show. He’s got personality, a Mick Jagger type of swag, and has been a great sidekick throughout much of Future’s interplanetary musical journey, minus those infamous 56 Nights that inspired 56 Nights.

With a chorus that includes the imminently chantable phrase, “Mask Off, Fuck it, Mask Off,” “Mask Off” leaves little to the imagination in describing how Future views his ascent or his current state of affairs. Indeed, this video simply shows us the latest, more expensive version of an artist who has never had a problem exploring the darker areas of his soul; only now he just prefers to do it from the comfort of his Bentley — because he believes he’s earned that privilege.