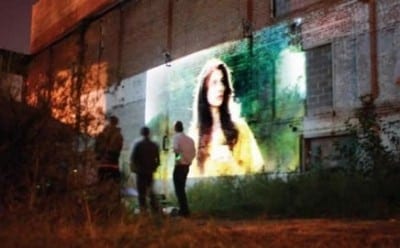 Shall we call it Le Flashback? Micah Stansell will re-stage “Presynaptic Potential,” the video installation he created for the Castleberry Hill event last fall, at the Museum of Contemporary Art of Georgia. 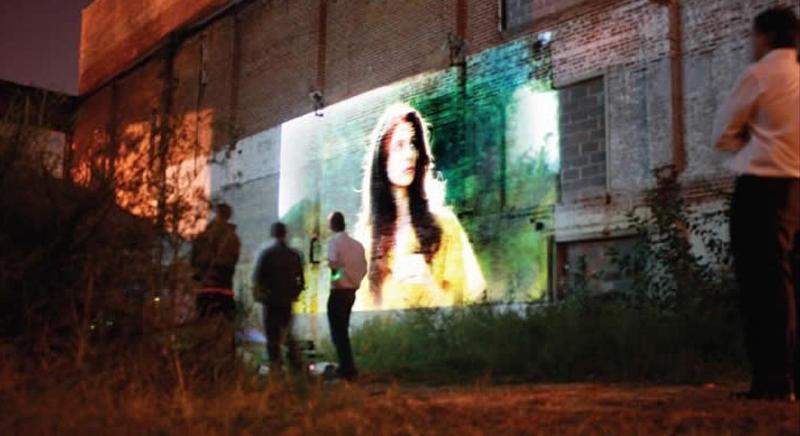 Director Annette Cone-Skelton says she’s been following Stansell’s work since his inclusion in a MOCA GA group show last year. The museum helped sponsor his project for Le Flash-Atlanta. Cone-Skelton felt it deserved more than a one-night viewing and invited him to present it in the main gallery.

The Atlanta artist, 30, has introduced some changes. He has re-scored the video with abstract musical and ambient sounds, and he’s added three new projections, whose circular shape mimics the peepholes that were part of the Le Flash iteration.

The gallery ambience will be different  from the original location in an abandoned building, where the two projections played on crusty brick walls. But the scale will be the same. If anything, the experience will be more immersive because the room is narrower. 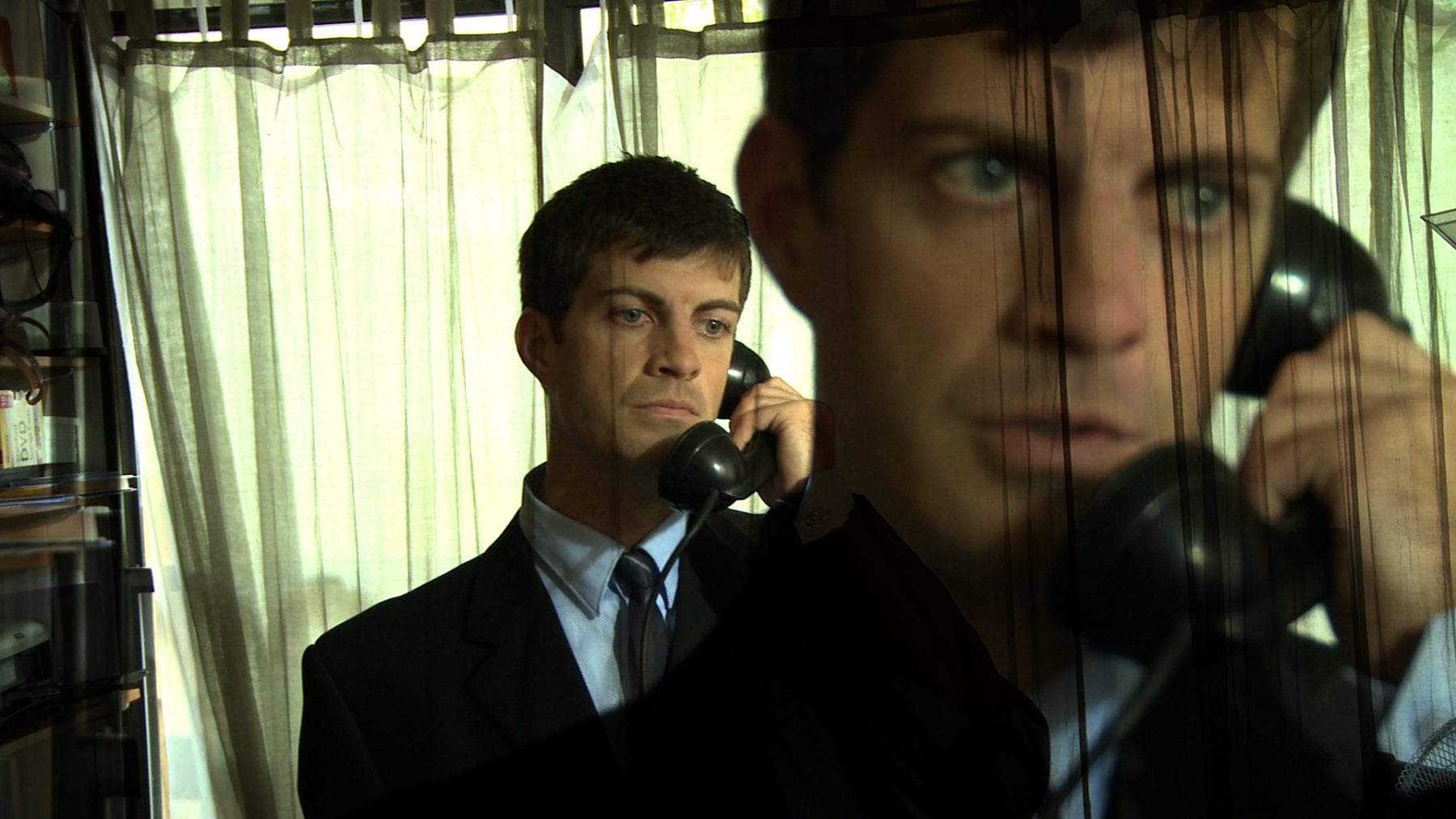 The heart of “Presynaptic Potential” is a pair of independent but related seven-minute loops projected on facing walls. Standing in between the two, the viewer can’t really see both fully at the same time.

The structure is apt: The theme is relationships. The protagonists, a man and a woman, have some sort of connection that is never spelled out. In fact, they occupy the same frame only once, though they sometimes appear to be together on the parallel screens.

Stansell sets up other relationships as well — urban/rural, past/present — that may be seen as opposites or complements.

There’s the faintest whiff of a narrative, but the seamless interjection of seemingly unrelated footage, such as a close-up of a strange spider resting on its web and a family eating watermelon in a home movie, disrupts anything resembling a linear sequence.

“Presynaptic Potential” is really more a poem than a story, filled with vivid, if hermetic, imagery, that alludes to the enigmas, contradictions and confluences that characterize our relationship to each other and our worlds.