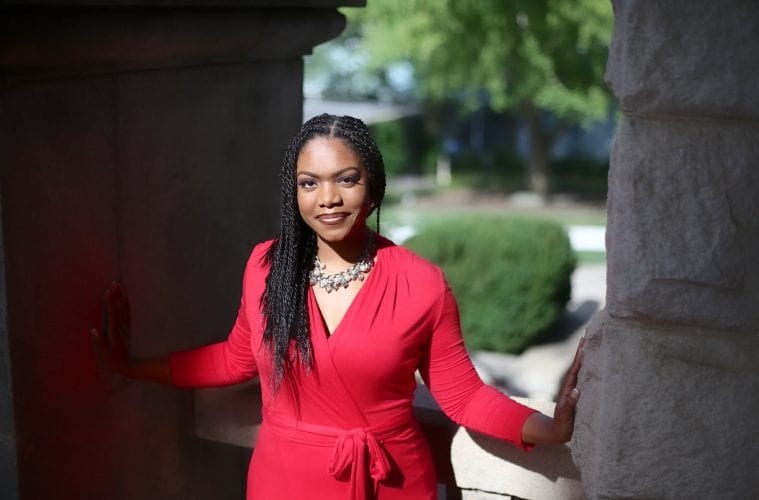 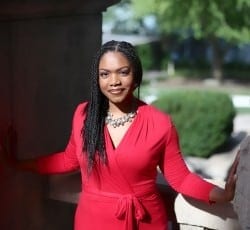 For the past two years Nicki Salcedo has garnered attention for “Intersections,” a well-received, sometimes controversial weekly column for Decaturish. These engrossing, poignant, irreverent essays, 70 of which comprise her new book of the same name, touch on everything from the death of her father and forgetting about a friend’s wedding to her obsession with all things Star Trek to “Red Flags,” a column about racism and the confederate flag in the wake of the South Carolina church shooting.

The Jamaica-born, Georgia-bred account executive, who will appear at the Milton Literary Festival on November 13 and 14, also writes fiction. Her debut novel, All Beautiful Things, was released last year. When not writing, the Decatur resident spends her spare time volunteering at literary events like the AJC Decatur Book Festival, or attending Georgia Romance Writers meetings, or filling Little Free Libraries with books throughout Candler Park, Grant Park, Avondale and the eastern corridor of Atlanta.

ArtsATL: Where do you draw inspiration for your column?

Nicki Salcedo: I watch people in the grocery store. Sometimes there’s a current event that strikes my fancy, but I try not to be influenced by current stories. I want to focus on what I come across in my daily life — my work, my husband and my children.

ArtsATL: You write about hot button issues like racism and immigration. Do you ever worry about what your readers’ reactions will be?

Salcedo: I started out thinking I’d have a column with a Southern voice about Southern experiences. I think the positive feedback I received from those earlier essays made me feel more comfortable. I don’t always have strong opinions on race or immigration, but the support I’ve received has made me feel like I have the freedom to push the envelope a little more. 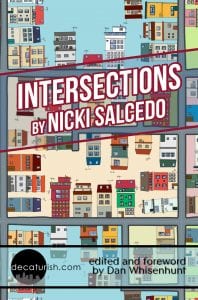 ArtsATL: What comes more naturally to you — writing fiction or nonfiction?

Salcedo: I’m a fiction writer by trade; I don’t have a background in editorials. Right now I’m working on a sequel to All Beautiful Things. The storyline follows one of the characters in the novel.

ArtsATL: Do you think having a full-time day job makes you a more productive writer?

Salcedo: Definitely. I work in strategic business — it’s not a creative job. It’s nice to have something else, like writing, that occupies my time. When I get to write, my brain is fresh for it. I’m excited to do it. It’s still a guilty pleasure. I write a lot in the evenings and on the weekends, really early in the morning before the kids wake up, on the sideline of the soccer field or waiting in doctor’s offices.

ArtsATL: In “The Broken Bookshelf,” you write, “I find myself around bookish people. This used to bring me a lot of joy but these days bookish people irritate me. They are no fun. They don’t care about everyone reading.” Why do you think this is so?

Salcedo: Readers used to be ostracized for being nerdy, but now that readers are more celebrated, particularly since Oprah’s Book Club, a sort of caste system has emerged, where people judge others for what they read. I read widely across the genres, everything from high literary to romance to thrillers to mystery and westerns. The job of all writers is to evoke emotion, and all types of books, regardless of genre, can have beautiful writing or beautiful stories.