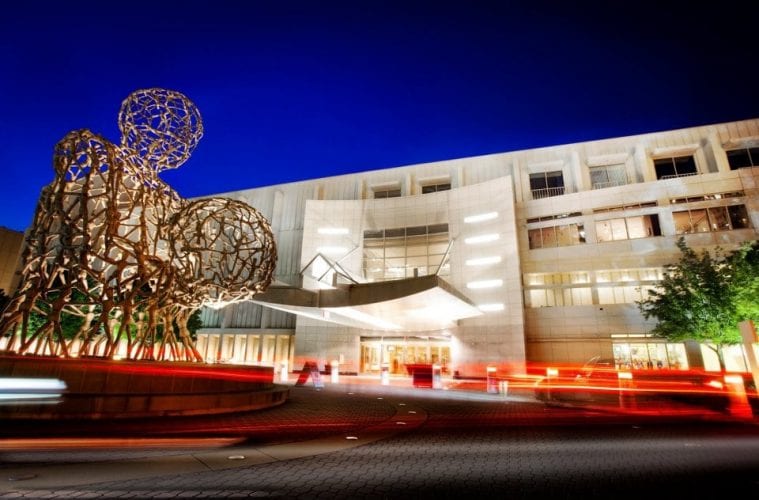 Mayor Kasim Reed has announced another major investment in Atlanta’s arts community today. The City of Atlanta has pledged $1 million to the Woodruff Arts Center Transformation Campaign, one of the most ambitious fundraising initiatives in the history of Atlanta’s largest arts organization. The Campaign raised $110 million total, surpassing its original goal of $100 million when it launched in April 2015. The Woodruff Arts Center is home to the Alliance Theatre, the Atlanta Symphony Orchestra and the High Museum of Art. The Atlanta City Council voted Monday to finalize the donation to the Woodruff Arts Center.

“The leading cities of the world invest significantly in arts and culture, and Atlanta should be no different,” said Mayor Reed. “We’re fortunate to have the Woodruff Arts Center which has been bringing world-class art and arts education to Atlanta for nearly 50 years as a centerpiece of our thriving arts community. Providing this support to the Arts Center is both a privilege and a responsibility, and we are pleased to have been able to contribute to this vital campaign.”

The Transformation Campaign focused on three areas: endowment funding, capital improvements – primarily for the Alliance Theatre renovation — and funding for expanded family-oriented programming and greater activation of the Arts Center’s campus. Doug Hertz, chairman of the Woodruff Arts Center Board of Trustees, served as the Campaign chair.

“The Transformation Campaign has lived up to its name,” said Virginia Hepner, president and chief executive officer of the Woodruff Arts Center. “Thanks to the incredible support of the community, we will literally transform our theater, increase the size of our orchestra, enhance our museum’s ability to exhibit great art and dramatically increase the community’s access to the arts. I believe the Transformation Campaign will be recognized as a watershed moment for the Woodruff Arts Center, a steppingstone to greater artistic and education achievement for years to come.”

Under Mayor Reed’s leadership, the City of Atlanta has continually increased its investments in arts and culture. In 2016, the Mayor’s Office of Cultural Affairs awarded more than $350,000 to individual artists and small- to mid-size organizations through multiple program areas. The Contracts for Arts Services program granted more than $1,000,000 to artists. The City of Atlanta also received $175,000 from the National Endowment for the Arts.

The City of Atlanta is also investing in maintaining and preserving public art through the $250 million Renew Atlanta infrastructure bond program. Approximately $12 million has been allocated for preservation, maintenance and repair of important public art throughout the city.