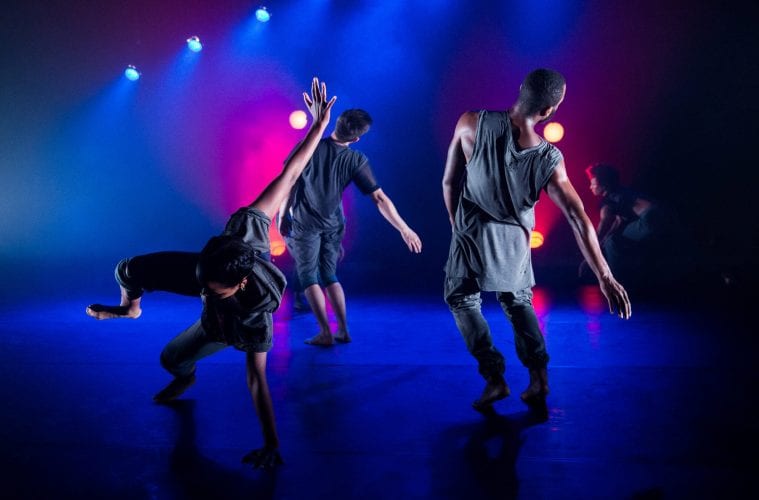 Spoleto Festival USA has announced the lineup for its 2018 event taking place in Charleston, South Carolina, from May 25 to June 10. Encompassing dance, theater, performance art, opera and music, the American iteration of the festival — founded in 1977 and hosted across multiple venues around the city of Charleston — has always prided itself on its diverse offerings. From jazz legends to contemporary dance, and from centuries-old opera to the latest innovations in performance art, the 17-day lineup for the 42nd Spoleto Festival clearly keeps with that eclectic and wide-ranging tradition. 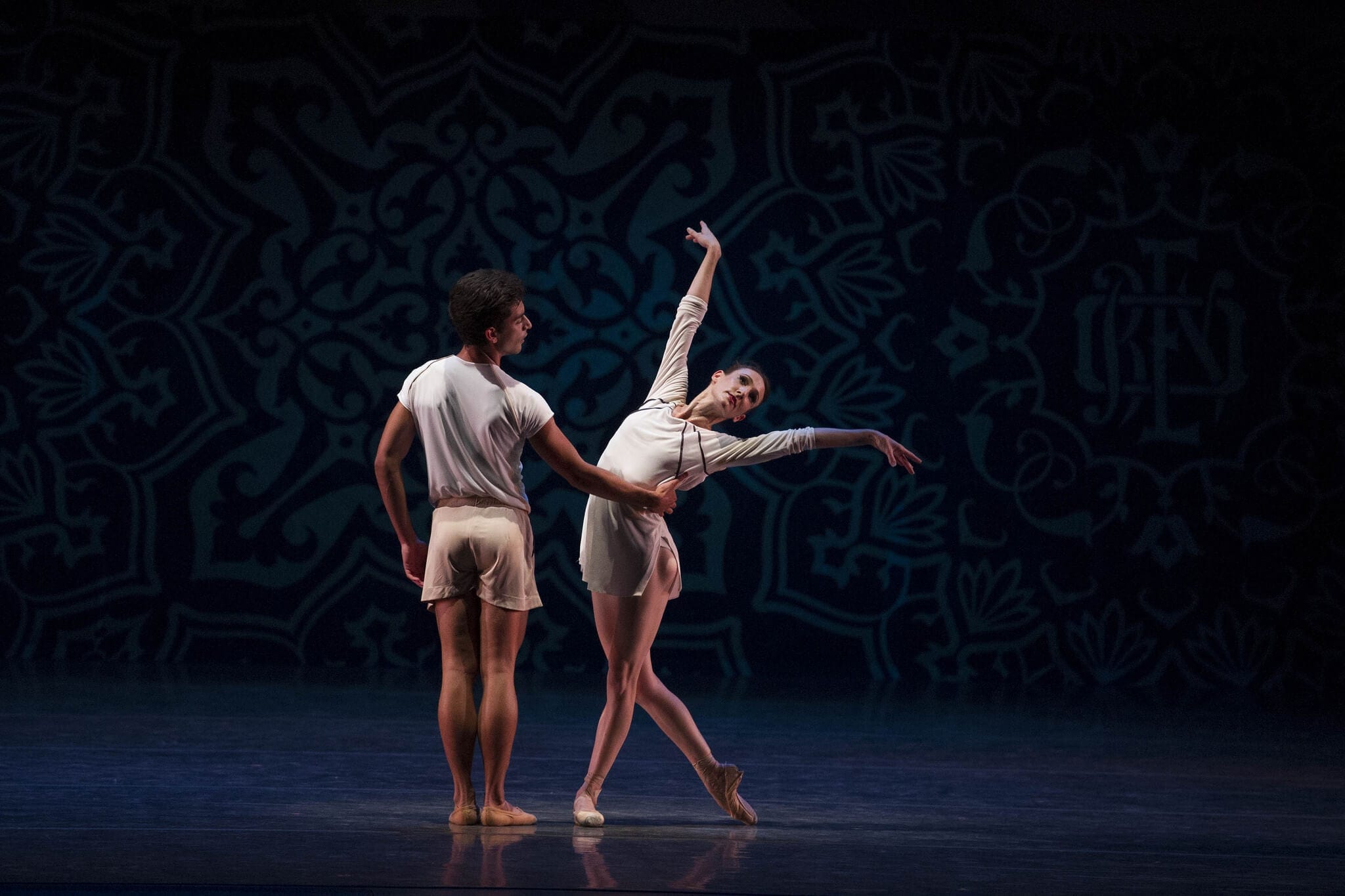 Miami City Ballet’s Tricia Albertson and Kleber Rebello in Justin Peck’s Heatscape with set design by Shepard Fairey. The company will give four performances, including a tribute to legendary choreographer Jerome Robbins at the Charleston Gaillard Center beginning May 25. (Photo by Gene Schiavone)

In other Spoleto dance events, two of the biggest names in contemporary dance, Kyle Abraham and Michelle Dorrance, who first appeared at the festival in 2012 and 2014 respectively, both return for the 2018 festival. Abraham’s troupe will perform two of his newest pieces created in collaboration with his dancers. New York City Ballet dancers Sara Mearns, Jared Angle and Gretchen Smith similarly collaborate with postmodern choreographer Jodi Melnick to perform NEW BODIES, an unusual contemporary showcase for the three classically trained performers. Melnick herself takes to the stage to perform One of Sixty-Five Thousand Gestures, a piece she created with the late Trisha Brown.

This year also sees the US premieres of two operatic works: the Donizetti rarity Pia de’ Tolomei, which has never been performed in this country, and the contemporary Australian composer Liza Lim’s Tree of Codes based on Jonathan Safran Foer’s book of the same name. The Italian puppet troupe Carlo Colla and Sons Marionette Company returns this year to present Cimarosa’s Il matrimonio segreto, with six members of Westminster Choir voicing the opera’s characters. 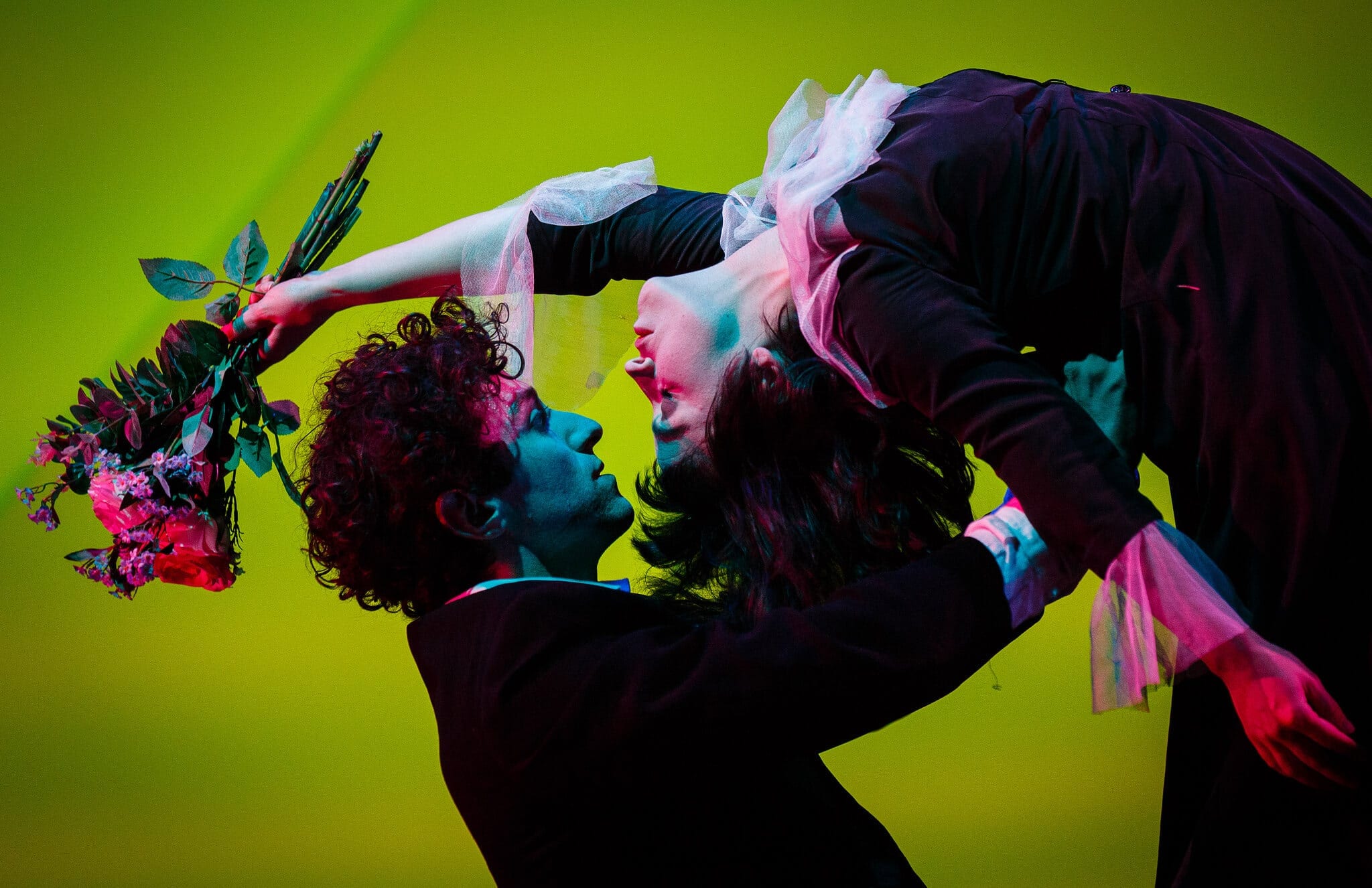 Kneehigh’s play The Flying Lovers of Vitebsk tells the story of artist Marc Chagall and his wife, Bella. (Photo by Steve Tanner)

Longtime festival favorite Kneehigh Theatre returns with a collaboration with Bristol Old Vic, a production of the play The Flying Lovers of Vitebsk, which dramatizes the lives of Russian-Jewish artist Marc Chagall and his wife. Also in the realm of theater, Henry Naylor’s Borders contrasts the experiences of a Syrian refugee with a celebrated war photographer, and the National Theatre of Scotland makes its Spoleto debut with the immersive drama The Strange Undoing of Prudencia Hart, written by David Greig and set at Charleston’s Woolfe Street Playhouse. Australian circus arts company Gravity & Other Myths returns to the festival with the US premiere of its latest work Backbone.

Emerging jazz vocalist Jazzmeia Horn, whom Atlantans will hear on January 27 when she performs at the Woodruff Arts Center as part of the Atlanta Jazz Festival, will give a performance at Charleston’s Gaillard Center for the Spoleto Festival. Pianist and vocalist Jon Batiste, bandleader and musical director on The Late Show with Stephen Colbert, gives an outdoor solo performance at College of Charleston Cistern Yard, and then is joined for a second show by funk and soul revivalist band the Dap-Kings, who formerly backed the late Sharon Jones. Six-time Grammy Award-winning pianist Chucho Valdés, experimental Brooklyn-based pianist Craig Taborn, the Fred Hersch Trio, Vijay Iyer and improvisational ensemble Trio 3 are also slated for the 2018 festival.

Filmmaker Atom Egoyan will present his production of You Are Mine Own, a multimedia concert which creates a love story from Alexander von Zemlinsky’s Lyric Symphony and Alban Berg’s Lyric Suite. The Spoleto Festival USA Orchestra will join forces with Westminster Choir and the Charleston Symphony Orchestra Chorus for a concert of Johannes Brahms’ Ein Deutsches Requiem. The Westminster Choir gives three solo concerts during the 2018 season, and performances by the Spoleto Festival Orchestra include works by Mozart and Mahler. 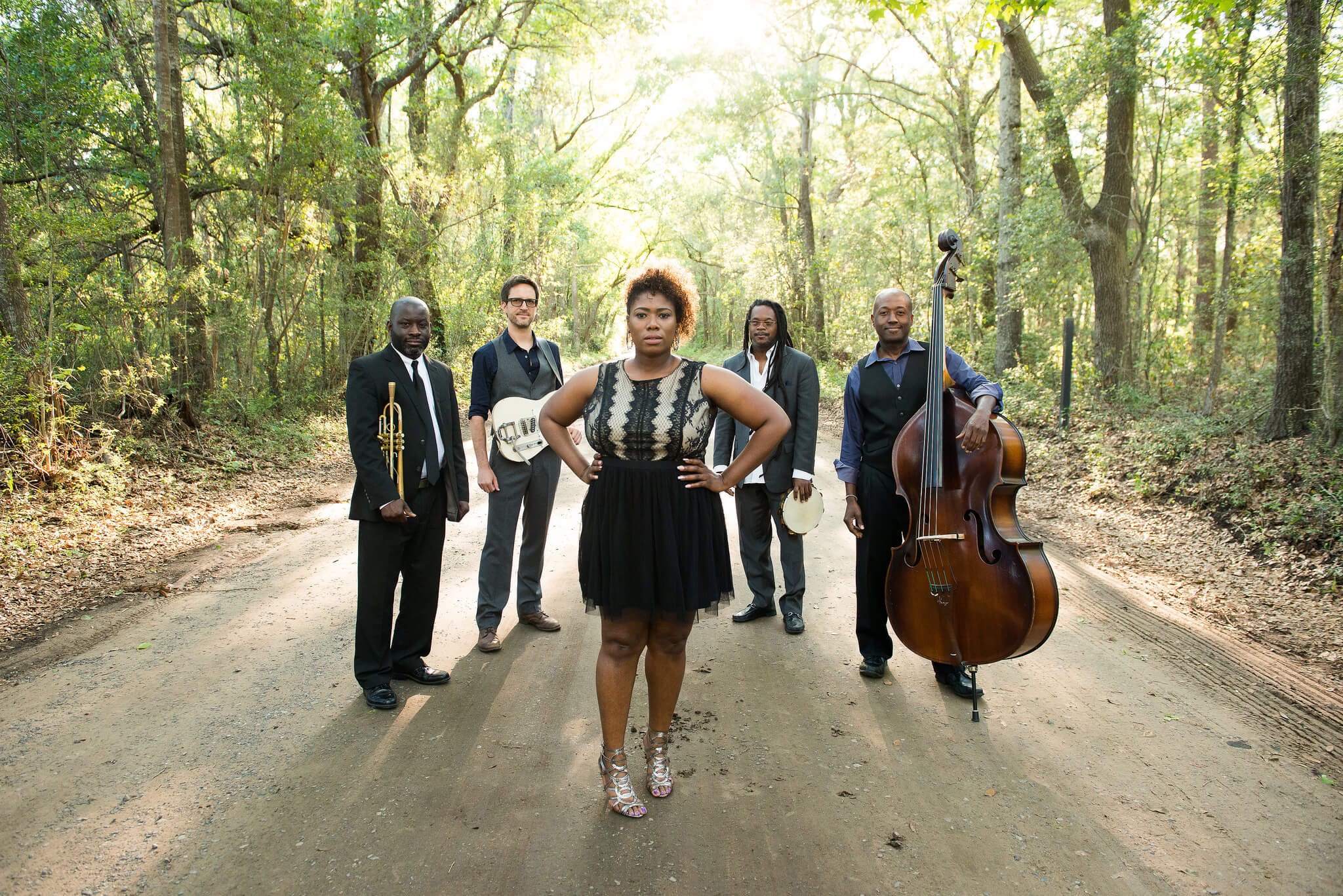 Renowned musician Ricky Skaggs performs at the College of Charleston Cistern on June 1 followed the next night by the festival debut of Ranky Tanky, a Charleston-based ensemble that performs roots music from the coastal Gullah communities of South Carolina and Georgia. The ever-popular chamber music series returns to the Dock Street Theatre for 11 programs. In his ninth season as director and host, violinist Geoff Nuttall curates each concert, often combining new contemporary compositions with familiar classics. The Nashville-based alt-country group The Lone Bellow helps close the festival for the finale, held for the first time at Charleston’s baseball stadium, Joseph P. Riley, Jr. Park, on June 10.

For more information and for a full schedule of the events, visit Spoleto Festival USA.