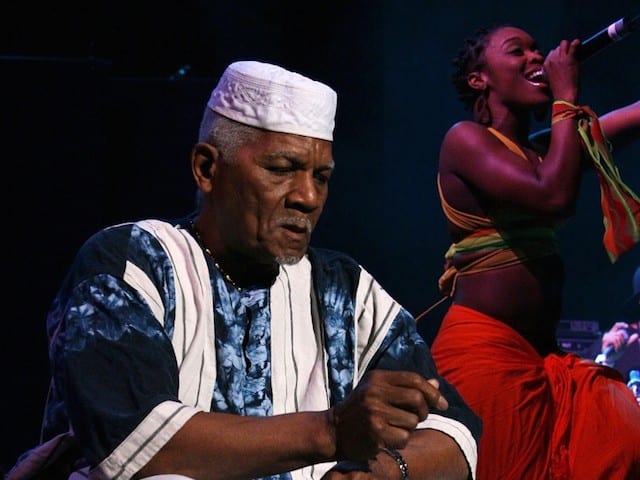 News: Baba Oje, spiritual elder for Arrested Development, dies at the age of 86

Baba Oje, the spiritual elder of the group Arrested Development, died last Friday morning after a bout with acute leukemia. He was 86.

Oje met producer Todd Thomas (“Speech”) at the University of Wisconsin-Milwaukee when they were both students, before Speech cofounded the two-time Grammy Award-winning group in Atlanta in 1988.

“Baba was the oldest member of any hip-hop collective, and his mere presence in rap spoke volumes for the genre and for a generation looking for symbolic wisdom and answers,” the group said in a statement posted on its website. “He was an activist for the homeless, a military veteran, a world traveler . . . dancer, vocalist and avid roller skater.”

Speech said in a statement that he met Oje in college and asked him to be in his hip-hop group. “He at first said no,” Speech said. “But he later reconsidered when he thought about the fact that a young Black man was striving to start a positive rap thing. We both found out that this partnership was bigger than we even knew. We both learned later that Baba knew my parents and was the best man in my mother and father’s wedding way before I was even thought of. That was the spiritual bond we shared, he was literally like family to me. I will miss him terribly.”

Another member of the band, Montsho Eshe, also posted a statement. “I love you so much Baba!” Eshe said. “I will miss our many talks, my dear friend. So glad I had a chance to chat with you one last time a few days ago. Your energy and fiery spirit will be missed.”

Oje was born Ollie Johnson Jr. in 1932 in Mississippi, according to the Milwaukee Journal Sentinel.

Arrangements for a service scheduled for next Friday are under way but have yet to be announced.