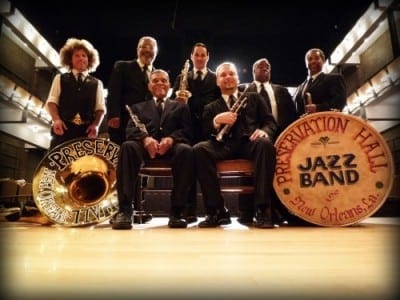 When the Preservation Hall Jazz Band opens its “Creole Christmas” show with Vince Guaraldi’s “Christmas Time Is Here,” the musicians take an already melancholy song and transform it into a dirge, in keeping with the opening of a New Orleans jazz funeral.

This year, should they do so, the opening will take on a truly mournful quality. It’s the first holiday season that the band — which will perform Sunday at Symphony Hall — is playing without legendary bassist and educator Walter Payton. The father of Grammy-winning trumpeter Nicholas Payton and musical godfather to countless others, he died in October after a long illness brought on by a stroke suffered during last year’s tour. 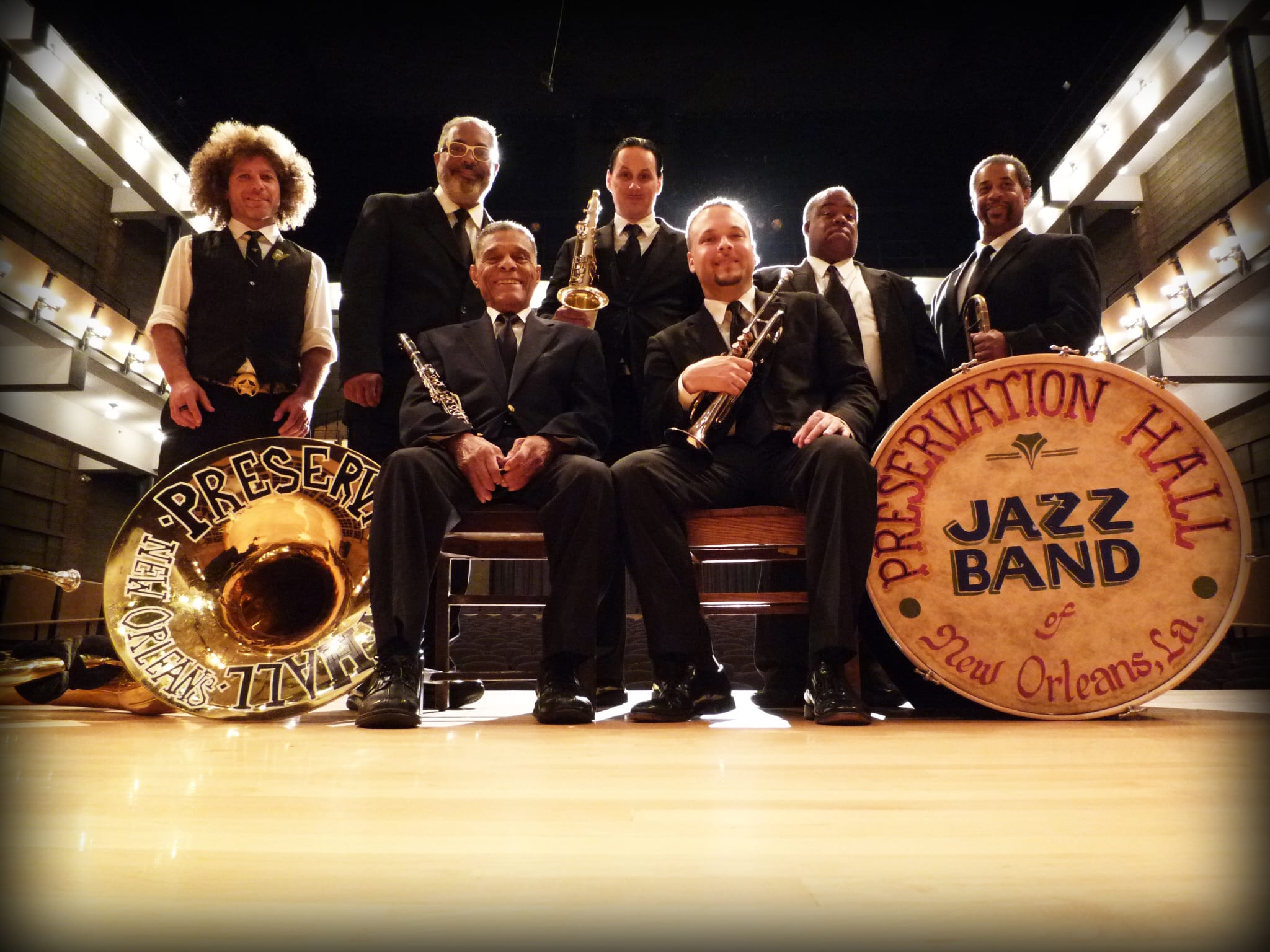 Ben Jaffe, whose parents founded Preservation Hall in the 1960s and who now leads the band, will add string bass to his sousaphone duties. It’s a fitting passing of the torch; Jaffe studied under Payton at McDonogh 15, the French Quarter elementary school known for producing musicians.

“It was always an incredible joy to play with him because he brought something to the stage even when his health began to decline in the end, and he always made an effort to do the best he could do,” Jaffe says. “And that was inspirational. That’s the meaning of New Orleans music, a celebration of life.”

“When we play at funerals, we’ll play as a dirge, then pick up the tempo and play that song as an up-tempo dance song,” Jaffe says. “When we added this song to our repertoire, we really thought it was a beautiful and solemn way to start our holiday show, and not just start like it’s a Mardi Gras celebration.

There’s also the young and the mature, and the Preservation Hall Jazz Band resembles a continuing generational shift as newcomers join in as the more mature members move on. Along with the fortysomething Jaffe, the band recently added thirtysomething New Orleans saxophonist Clint Maedgen, better known for the New Orleans Bingo! Show, a retro hodgepodge of cabaret music, silent films, clowns and other performers.

“I think what we bring to the table is this extremely broad influence,” says Jaffe, whose background includes studies in cinema, theater and the arts. “One of the things that allows us to continue is we’re an ever-evolving band.”

He broadened the band’s sound even further this year when it released “Preservation: An Album to Benefit Preservation Hall & the Preservation Hall Music Outreach Program.” This tribute CD, recorded over several months, features performances by artists as they visited the city, including Pete Seeger, Tom Waits, Merle Haggard, Buddy Miller, Richie Havens, Steve Earle, Brandi Carlile and others.

“That project to me was such a natural evolution and progression of who we are as a band,” Jaffe says. “I want to work with vocalists who are creative and embody a certain spirit. When you meet a person, you immediately recognize when someone’s got that spirit. When I met Richie Havens, I was like, ‘Wow, this guy gets it.’”

While they embrace traditional jazz, Preservation Hall brings a healthy dose of respect for classical music and the venues in which they play on this tour. Payton, in fact, was a classically trained musician known for the grand piano in his living room; Jaffe received his classical music education at the Oberlin Conservatory and the Interlochen Arts Academy in Michigan. While he appreciates the foundation that classical training provides, he notes the importance of surrounding himself with jazz musicians to appreciate the improvisational nature of the music that counters the structure of classical.

“It’s like trying to teach someone to cook red beans and rice,” Jaffe says. “It ain’t that hard. But I’ve had more bad plates of red beans and rice than you can think of. Because you don’t get it from a recipe on a box.”