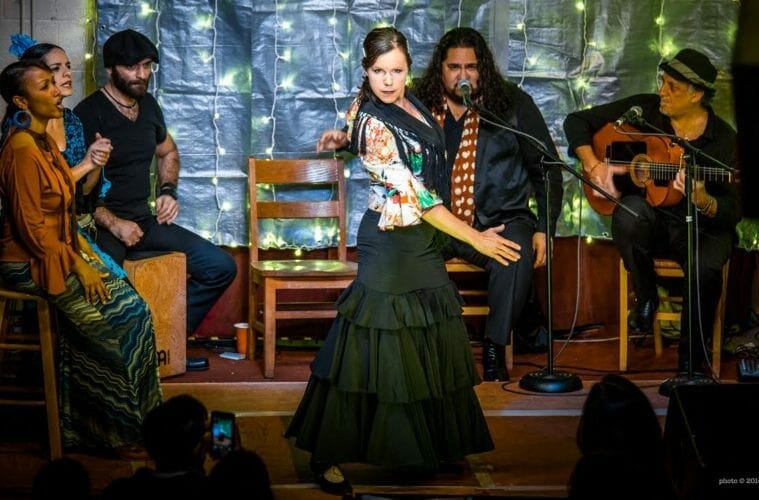 Julie Galle Baggenstoss, director of Berdolé Flamenco (center), will perform at the (MC)2 festival. She says the event has the potential to elevate the city's cultural competency. (Photo by Erik Voss)

(MC)2 may remind you of Einstein’s famous equation, but it has nothing to do with theoretical physics. It’s the title of Atlanta’s first multicultural dance festival: Moving Culture, Moving Community, organized by George Staib of staibdance. Dancers from multiple cultures, all based in and around Atlanta, will come together this week at The Windmill Arts Center in East Point. Everything is free — the classes during the week, the pre-concert “Story Circle” conversations at 5 p.m. Thursday and Friday, and the 7 p.m. performances. All attendees must register in advance (each night’s program is listed below.)

Even though COVID-19 guidelines have relaxed, audiences will be asked when registering whether they’re fully vaccinated or have had a negative COVID test within three days of attending. Staib feels Atlantans are hungry for community and ready to sit shoulder to shoulder, so seating in the 82-seat box theater won’t be socially distanced although masks will be required. “I may get some finger wagging about that,” he says. It’s up to the performers whether they wear masks but all are required to get COVID tests before the event. 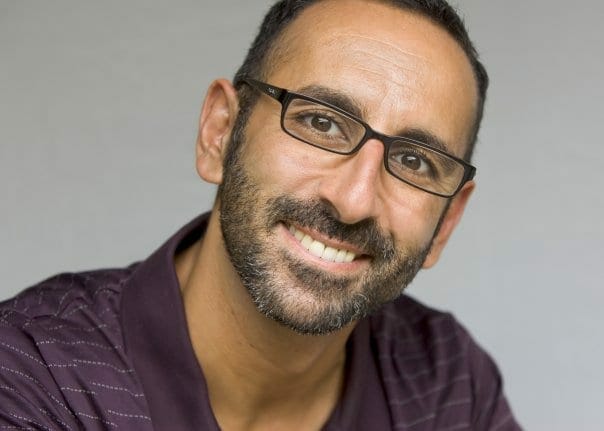 The 10 featured companies will present traditional dance from China, the African continent, southern and northern India, Spain, Mexico and the United States. Each ensemble will get 15 minutes to perform and talk briefly about their dance and its place in their culture.

Atlanta Ballet fans who’ve seen John McFall’s Nutcracker may not realize they’ve already seen members of the Atlanta Chinese Dance Company. For more than a decade, they performed the Chinese variation in Act 2 of the holiday ballet.

African dance comes alive through Giwayen Mata, the all-female group known for its drumming (they upend tradition — usually the men drum, the women dance), and Manga African Dance, whose founder, Ramatu Afegbua-Sabbatt, is from Nigeria. It’s hard not to get caught up in the rhythms, the colors and the energy of African dance. Staib had that experience years ago when he saw Chuck Davis’ beloved DanceAfrica festival in New York — he wanted to be up there with them.

Many Indian dances tell stories using expressive hand gestures (mudras) and facial expressions. Sasikala Penumarthi, who teaches in the Emory University dance program, will demonstrate the dance-drama known as Kuchipudi. Like all major classical dances of India, Kuchipudi developed as a religious art and has its roots in an ancient Hindu Sanskrit text. Nritya Natya Kala Bharti, a Norcross ensemble, will perform Kathak, a different but equally eloquent expression of Indian dance.

Flamenco will be danced both nights. Who can resist the dazzling percussive footwork, the flounced skirts, the rhythmic clapping and live music with its spontaneity and passion? Natalia Pérez del Villar of Flamenco Underground is from northern Spain. Julie Galle Baggenstoss, director of Berdolé Flamenco, is an American who’s spent decades learning the form. “When you peel away the layers, you see how flamenco is connected to other cultural expressions, for instance ballet folklórico from Mexico, Afro Cuban and Afro Caribbean dance,” she says. “When you get beyond the stereotypes — beyond the travel magazines — you see how we are all connected in our movement and our music.”

(MC)2 audiences will see that similarity when Alma Mexicana Danza Folklórica performs Friday night. In many of the dances, the women wear long, multicolored ruffled skirts. Inspired by flamenco, the women make them swirl and sway.

For years, Baggenstoss has wanted Atlanta to have a multicultural dance festival similar to those in cities like San Francisco. “I am overwhelmed with happiness that staibdance is taking this big step,” she says. “It has the potential to elevate dance and art in Atlanta and elevate our cultural competency.”

The idea of the festival has germinated a long time. Fifteen years ago, Staib and a cohort of modern dancers tried to develop a community space where dancers from various genres — ballet, contemporary, cultural and commercial — could come together to rehearse, perform and present festivals.

The space never materialized, but Staib nurtured the idea as he watched Atlanta grow and its cultural and ethnic mix grow more diverse. He noticed, however, that people were siloed. “If you were an Indian dancer, you would stick with that audience,” he says. “People weren’t shaking hands across cultures.”

Finally, with grants from the City of Atlanta Mayor’s Office of Cultural Affairs and the Vail Family Foundation, his dream came true. Staib says he wants people to gain a new appreciation for these historic forms and to see how they are embodied by the people from each culture. “When someone has studied a dance form for decades, it’s in their pores.” 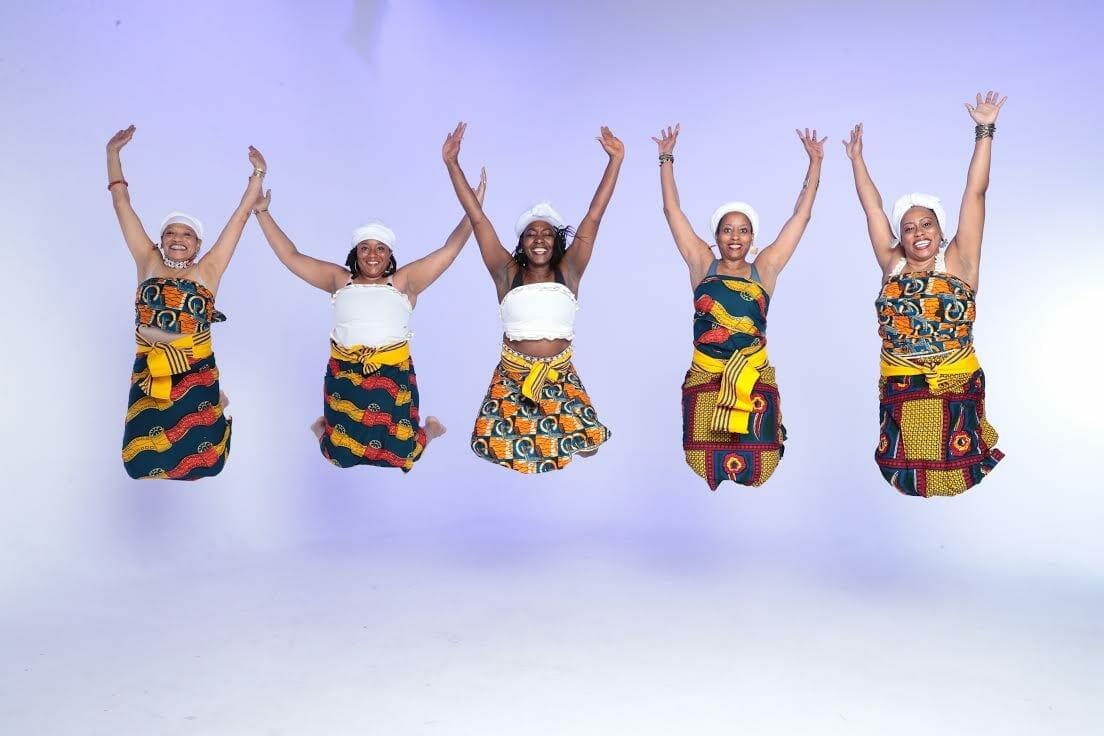 Staib hopes dancers and would-be dancers will participate in the classes, and maybe more than one. A flamenco class might be followed by a hip-hop or Indian class, he says. And while the performances and the classes are  free, the grants are paying the performers and teachers.

Persian dance is missing from the lineup, a surprise given Staib’s Iranian heritage. Angela Harris, executive artistic director of Dance Canvas and a member of the (MC)2 advisory board, has known Staib for years but wasn’t aware of his cultural background until recently. “We didn’t have those kinds of conversations day to day,” she says. “But as soon as I learned his story, I decided to get involved.” (The pandemic has made it difficult for Staib to find Persian dancers for the event.)

When Staib goes to Rumi’s Kitchen in Alpharetta, a popular Iranian hangout, the smell of the food transports him back to his heritage and family of origin. To give Moving Culture, Moving Community participants a taste of that, he’s encouraging them to try some of East Point’s ethnic restaurants. But first he wants people to experience Atlanta’s rich diversity through music and dance. “I want to help remove barriers between people and create greater understanding,” he says. “I want people to be enveloped in joy.”