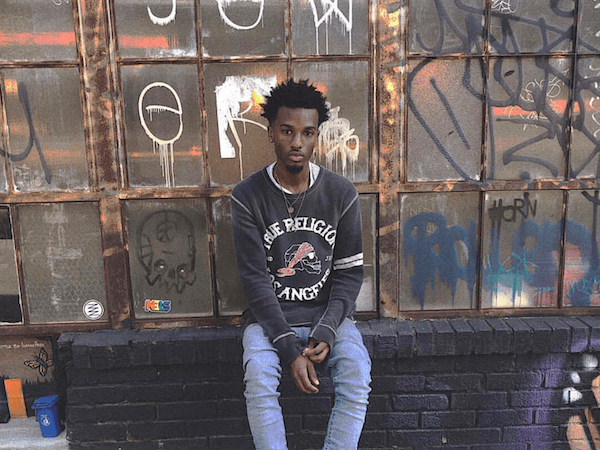 MarsofYouth performs at Studio No. 37 on Saturday. (Photo courtesy of MarsofYouth)

MarsofYouth revs up for new releases, performs at Studio No. 37

MarsofYouth is in rapid-fire release mode. The young rapper recently released a new single and is revving up to drop a second EP, Previews 2, in July and a fleshed-out full-length album titled Premiere early next year. In the meantime, fans can catch him live this Saturday at Studio No. 37.

Mars released Previews last November, and the record was, true to its name, just a taste of what’s to come. MarsofYouth shows major growth in his newest single, “On One,” in which he collaborates with Lone London. While earlier efforts from Previews, such as “Fav” and “The Sopranos,” showed raw potential, “On One” expands in all aspects of production. The latest song maintains a relaxed chorus that allows the beat to breathe, a stylistic blend that only comes from experience.

“Before the lyrics came together, I just free-styled all the melodies,” MarsofYouth says. “When I hear a song that I really love, the melodies come to me first. That’s how I create.”

Previews draws inspiration from MarsofYouth’s nomadic lifestyle — he grew up in two different countries and five states before the age of 14. His artistry holds tight to musical influences by artists such as Young Thug, PartyNextDoor and Frank Ocean. But even with a foundation in popular contemporary music, MarsofYouth strives to create music that flows like diary entries recorded in the future, and Previews 2 and Premiere are expected to continue this notion.

“This is music you can listen to in the club, in the car, in the shower or anytime you are getting up and going somewhere,” he says. “This is how you can start your day or keep it going.”