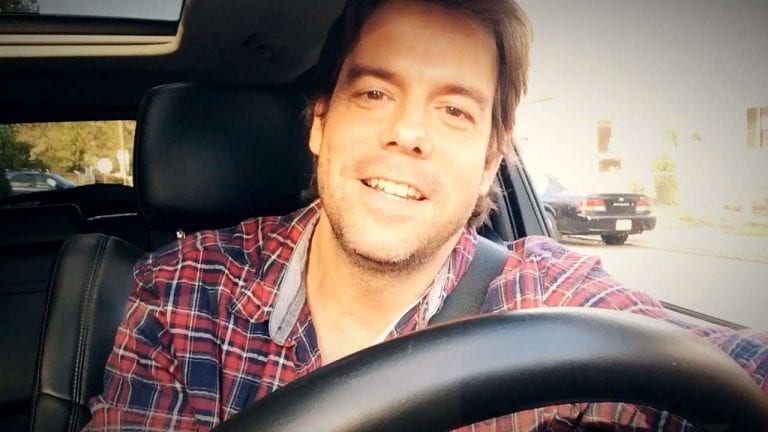 Mike Schatz has forged a dual career in advertising and on stage.

He knew it immediately. As Mike Schatz watched a puppet performance at Dad’s Garage just over 10 years ago, he realized he had to do the same thing onstage one day.

Schatz had taken his five-year-old daughter to see the Lucky Yates children’s show Uncle Grampa’s Hoo-Dilly Stew. It was life-changing — literally. “It was brilliant,” he recalls. “The humor was over the kid’s heads but the puppets were there and the kids went crazy for it. It was a lot like the first time I saw the Second City. I said, ‘I have to do this.’ I was obsessed, there every Saturday.” 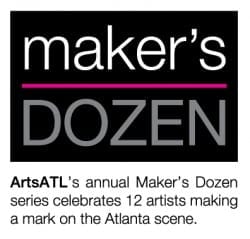 Shortly after, he began performing with the company. He was, admittedly, a nervous wreck in his debut. “The first time I got onstage, all I could do was look at Lucky behind the play board,” he says. “He kept motioning for me to look at the puppet. I was so enamored of it all.”

Schatz, whose father was a journalist at CNN, has dabbled here and there in various modes of entertainment since he graduated from the University of Georgia in 1992. He’s acted and done voice-over for the likes of the Atlanta Braves, Moe’s Southwest Grill and Adult Swim’s Aqua Teen Hunger Force.

Briefly he worked at WSB-TV and pulled Georgia Lottery ping pong balls out of a hopper. He wrote movie trailers at his first job. And for more than 20 years he’s done stand-up and improvisational comedy at theaters around town such as Laughing Matters.

Yet these days he’s settled into a comfortable professional groove. He acts as the creative director at the Blue Sky Agency, an advertising agency he has been with for 15 years, and has been an ensemble member of Dad’s for nine years now. “Advertising has a lot of day to day ‘Get it done,’” he admits. “Dad’s has been more of a creative outlet for me.”

The root of his Dad’s work has been improv. As someone who has done stand-up comedy, he realized early on that improv was radically different.

“When you get onstage to do stand-up, you are basically saying to everyone, ‘Hi, I’m funny; I’m going to tell you something,’” he says. “People are seated there with their arms crossed saying ‘Prove it.’ When you do improv, the audience is involved in a different way. It’s creating on the spot. If you pre-plan it, it is really obvious. That took me awhile to learn.”

For improv to work, the performers have to be comfortable and trust each other to move the scene forward. If not, a scene can easily derail. “When it’s good, you lose track of time,” he says. “When it’s bad, though, it’s the worst. There are nights when I drive home from a show and I think ‘What am I doing?,’ or times when I think I should go into the audience and give people their money back.”

Even those bad moments, however, have been instrumental. “Onstage, there are good times and then there are bad times but you move on and start over again,” he says. That theory is one he has incorporated into his professional life.

Schatz has had to adapt to learning the various forms of improv and rolling with the punches. He has also built up his own persona. “I think I do a good job at being the put-upon person,” he says. “My whole approach is, ‘If you think your life is bad, just wait.’ My approach is that people are more comfortable at a messy house than a clean one so I like to present myself as the messiest house.”

The first time he saw the Second City in Chicago was special; he watched Tina Fey, Rachel Dratch and Scott Adsit in action. He has since performed in some local Dad’s shows with Adsit. “He is my hero — to be onstage with him has been mind-blowing and nerve-racking,” Schatz says.

To him, the best improv performers share common traits. “They are smart, calm and confident in the decisions they make,” he says. “Kevin Gillese, Amber Nash, Matt Stanton, all from Dad’s, they are good at accepting things and pushing stories forward.”

Besides improv, Schatz also loves to write. Coming up in April at Dad’s is his original show King of Pops: A Post-Apocalyptic Musical. He has also penned V.I.P. Room, a semi-autobiographical piece about the parallels of domestic life and the love of strip clubs, and Apnea, dealing with sleep apnea.

Writing and performing bring him distinct pleasures. “Improv is fun because you do it and it’s over,” he says. “It’s immediate and for me, that is the fun of being onstage. Writing is sitting in a really small room and editing, refining something until it’s right. I love that process, but I procrastinate so much it can be agonizing.”

At his peak, Schatz did improv up to four times a week. These days, he performs on a smaller scale, approximately twice a month at Dad’s. Now 45, it’s not as easy as it used to be. “It’s hard to do a 10:30 p.m. show at night (after midnight) rolls around,” he says.

It’s also better on his family, who have fully supported him. “My wife has sacrificed a lot of weekends,” he says.

Schatz has especially relished having his children seeing him perform. “It has meant so much to me for them to see me up there, having fun,” he says, “being stupid and moving on when things don’t work out.”