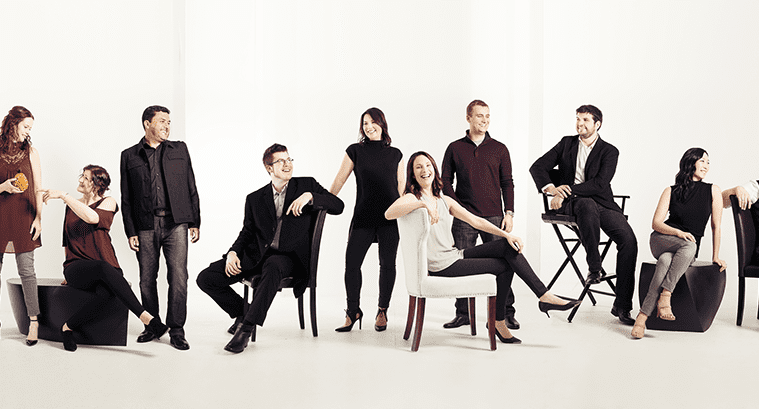 When the curtain rises on the 2018–19 Arts@Tech season in January, visitors will get to see a fully refurbished Ferst Center for the Arts for the first time. Changes include an open-plan lobby with new flooring, two center-section aisles in the orchestra level instead of the previous single aisle and wireless upgrades that will allow audiences to interact with whatever is happening on stage without overloading the system. The seating has also been improved, thanks to a reconfigured mezzanine platform. And, for the first time, those requiring wheelchair accessibility will be able to sit in the front of the orchestra section.

“Everybody should have not just access but choices and the ability to be comfortable wherever they’re seated,” says Madison Cario, the current director of the Office of the Arts at Georgia Tech. Madison Cario has been the director of the Georgia Tech Office of the Arts for the last five years. (Photo courtesy of Georgia Tech)

For the past five years, Cario, who will assume the role of executive director of the Regional Arts & Culture Council in Portland, Oregon, in January, has implemented cosmetic changes that have led to psychic changes and reinvigorated Tech in the process.

Whether acquiring large-scale sculptures of Rosa Parks and Albert Einstein, adding outdoor installations like Bret Price’s Oh’d to the school’s Engineered Art collection or placing pianos in unexpected places around campus, Cario’s mission has been to foster connection between students through the arts. She has been equally committed to making a space where artists, researchers, technologists and creatives could work at the intersection of science and art.

“The world is complicated, and we can hold space for that complexity,” says Cario. “Engineers and artists are both trying to change the world and make it a better place. What better way to do that than to start with students sitting together with some artists and seeing what happens.”

Cario earned advanced degrees in environmental science and electrical engineering, and she understands that the hyper-specialized language of those disciplines can come across as uninteresting to the uninitiated. This is where the arts come in: To help engineering majors communicate their ideas, Cario invited spoken word artist Jennifer Edwards.

“You can’t just talk about the mechanics of what you’ve made, because that’s only interesting to other mechanically minded folk,” Cario says. “So, for the past three semesters, Jennifer has been teaching mechanical engineering students who are working on potentially world-changing projects the fundamentals of storytelling — how to get up on their feet, perform and articulate their ideas to multiple audiences.”

Cario has also served as a role model and mentor for students like Raianna Brown, for whom storytelling is second nature. When she was a freshman, the industrial engineering major recognized Cario as a kindred spirit. Brown expressed that she loved engineering and dance and didn’t want to give up either. Now a senior, she has started her own dance company with Cario’s guidance.

“Raianna is telling stories about homelessness and gentrification in the metro Atlanta area, innovating set design with other students at Tech and outfitting her entire company in 3-D printed costumes,” says Cario, who is also a dancer and cofounder of the SCRAP Performance Group. Brown’s sophomore effort as a director, “Komansé Dance Theater: Skid,” will be featured at the Ferst January 25–26. The season will be full of programming that shows the intersection of art and technology. On February 9, Fifth House Ensemble invites the audience to play a video game while performing live music in “Journey Live.”

When Cario first spoke to ArtsATL in 2014, she said she wanted to “interrupt business-as-usual and spark human connection” — and she accomplished that goal. As she takes leave, she hopes Atlantans will build on Tech’s momentum by embedding creative practices into every aspect of their lives.

“Tech is a microcosm of what the city can do,” she emails from her flight to Portland. “Atlanta is on fire in a really good way. But I need folks to understand that the power is within them. All I did was reflect the light.”