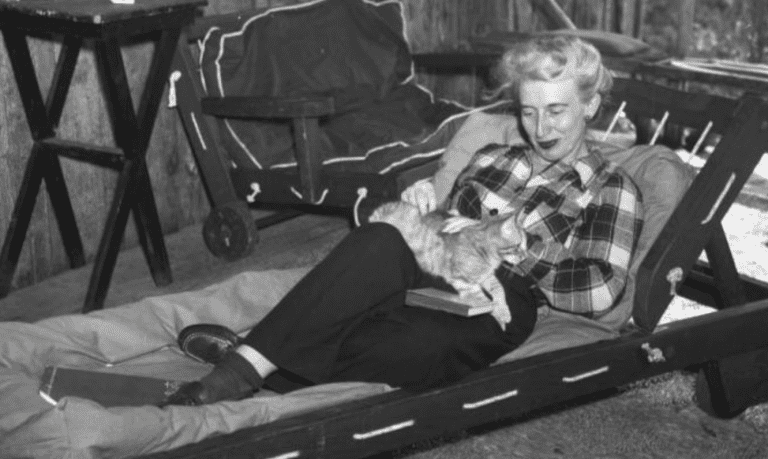 In 1954, Georgia writer and social activist Lillian Smith, white daughter of the Jim Crow South, wrote of white people telling the truth in a way that could liberate others. “The importance of breaking the silence,” she said, “lies in our willingness to give up pretensions to a power and perfection we had no right to in the first place.”

Ten years later in 1964, Ebony magazine included Smith as the only woman on their list of “whites most trusted by … prominent Negroes,” joining such luminaries as Chief Justice of the Supreme Court Earl Warren; Associate Justice Hugo Black; then-Attorney General Robert F. Kennedy; and Branch Rickey, former owner of the Brooklyn Dodgers, who signed Jackie Robinson in 1945. Born in 1897 to southern wealth and privilege, by the time the poll came out, Smith had spent the better part of her life as a social justice crusader, speaking out against the cruelties of racism. Indeed, she was one of the first white writers to speak out against segregation in her work, calling it a type of “spiritual lynching.”

And yet, says Atlanta filmmaker Hal Jacobs, she’s been all but forgotten for the work she did for the cause.

Jacobs hopes to change that with his upcoming documentary, Lillian Smith: Breaking the Silence. In the new film, Jacobs and his son Henry shine a light on the life of the iconoclastic writer and social activist and, in so doing, reintroduce her to a new generation. Driven by a passion to share Smith’s work, Jacobs and Henry are responsible for every aspect of the film, from direction to research to photography and interviewing. The film is scheduled for a spring 2019 release.

Though unknown by many today, in her time, Smith was lauded by luminaries such as James Baldwin and was an inspiration to students of the Civil Rights Movement, including Atlanta’s own John Lewis and Lonnie King. She was a trusted friend and correspondent of Martin Luther King, Jr., who, in his impassioned Letter from Birmingham Jail, included her as one of a small group of those who “have written about our struggle in eloquent and prophetic terms.” In fact, in 1960, when King was pulled over in DeKalb County for an alleged traffic violation, Smith and King’s wife, Coretta, were riding in his car. He was driving Smith to Emory Hospital for cancer treatment.

Jacobs’ Breaking the Silence explores how Smith, a young girl born into wealth and possibility in the Jim Crow South, would grow up to become a formidable voice against those very laws. It tells the story of a life abruptly altered by her family’s fall from financial grace and consequent resettlement to a summer home on Old Screamer Mountain in Rabun County, where she would come to a life of writing — first with the literary journal she founded with her life partner, Paula Snelling, then in 1944 with Strange Fruit, her acclaimed first novel about secret interracial love. In 1949, she published her masterwork, Killers of the Dream, about the immorality of segregation.

Strange Fruit was celebrated by many, including First Lady Eleanor Roosevelt, who convinced her husband to reverse the USPS decision that such a “lewd” book — the word “fucking” appears several times — could not be sent through the mail. The book quickly topped the bestseller list and became a national sensation, drawing the favor of progressive reviewers such as W.E.B. Du Bois and the Nation’s Diana Trilling. White segregationists, however, hated it for its threatening portrayal of an interracial relationship.

Included in Jacobs’ Breaking the Silence is a 40-second clip of a 1957 interview on NBC’s Today Show in which Smith served as the oppositional view to a segregationist — a clip that cost Jacobs $38.00 per second to secure the rights to. Jacobs uses clips like this to illustrate the ways in which he says, “Lillian spoke out against the very things we are facing today. Authoritarian leaders. White supremacy. Leaders using lies and fear to wield power.”

Breaking the Silence tells the story of Smith in her own voice, and also through the voices of friends and family and those like Otis Moss Jr. and Lonnie King, both pioneers of the Civil Rights Movement, as well as admirer and Emory philosophy professor George Yancy. It also tells her story by exposing some of the voices of hatred and racism that she was up against.

Throughout her life, Smith was ridiculed, shamed and silenced for her beliefs, but she remained hopeful about the future. She lived to see Freedom Summer and the passing of the Civil Rights and Voting Rights Acts.

And it’s now Jacobs’ hope that Breaking the Silence, and indeed, Smith’s life, will inspire even “more dialogue, more fearlessness and more people breaking the silence” well into the future.